Why Has CPAC Banned All Panels About Islam?
Politichicks ^ | March 12, 2013 | Ann-Marie Murrell

For anyone going to the upcoming Conservative Political Action Conference (CPAC), I’m sure by now you’re aware that there will be no panels conducted regarding the threat of Islam this year.  All of our leading experts on Islam–Robert Spencer, Pamela Geller, Frank Gaffney and others–have been banned from speaking and/or holding panels.

Unfortunately, many Conservatives still aren’t aware that two of the most influential organizers of CPAC—seemingly innocuous tax guru Grover Norquist and former aide in the Bush administration Suhail Khan—are fighting together to eliminate any dissenting voices about the influence of the Muslim Brotherhood in America.  Why is this?

Last year, I personally learned firsthand that no one—not even a simple blogger like me—is allowed to even question the threat of Islam in America at CPAC.  In a very small panel moderated by Suhail Khan, I asked him about his previous year’s statement at CPAC, in which he told the press, “There is no Muslim Brotherhood in America.” I reminded Khan that the Muslim Brotherhood via CAIR has said, “Yes, we are here in America”, along with four federal U.S. judges who also declared the same.  So when I asked Khan if he wanted to retract his very dangerous statement–which I believe is the same as telling someone there aren’t any snakes in a room full of snakes—without answering my question, I was asked to leave the conference room and I was ridiculed by Khan and his followers.

For the record, educating Americans about Islam and Sharia has nothing to do with being “anti-Muslim” or any type of bigotry, as both Khan and Norquist have accused their opposers as being.  This is about public awareness and understanding who our enemy really is–and burying our heads in the sand about the very real influence of Islam in America will not protect us from those ‘thousand paper cuts from within’.

This week my PolitiChick co-anchor Morgan Brittany and I will be reporting from CPAC and we will not allow this blacklisting of our foremost American experts on Islam to go unnoticed.  For all bloggers and videographers who are attending, I hope you’ll join us in asking our Conservative leaders the following questions over and over:

Below is the PolitiChicks episode regarding my confrontation with Khan at CPAC last year, followed by a transcript of the exchange (with apologies for the audio):

Suhail: Ma’am what this panel is about is conservative inclusion…

A-M: Should they [the Muslim Brotherhood] be included in conservative politics?

Woman on front row: That’s not what this is about!

Suhail: That’s not what this panel’s about so if you want to take up those questions with other people you can. We’re here to talk about conservative message Americans so if your group, and other Alinsky-like factions—I can see where you come from.

“This is an important story.

The main national conservative conference has been infiltrated and taken over.

I hope conservatives can abandon CPAC and start a new one”

EVERYONE! YOU need to know about this! ESPECIALLy if you are a supporter of the ‘Tea Party’.

While we’re at it, what has Karl Rove got to do with this? Well, Karl Rove and Grover Norquist go WAY back. Karl’s big PAC gives MILLIONS to Grover....

“And he’s [Norquist] personally doing fine: Lee Fang at the Nation revealed this week that he gets two-thirds of his funding from two big corporate billionaire-backed nonprofits: the Center to Protect Patients Rights, which donated $4,189,000 to Americans for Tax Reform in 2010, and Karl Rove’s Crossroads GPS, which gave him $4 million.”
http://towncriernews.blogspot.com/search?q=Karl+Rove

Now....Norquist has co-oped the Tea Party label, while Rove is trying to destroy it....

So, what do you suppose is going on here????

PLEASE, go to their facebook pages and unlike them, because most of us have ‘liked’ them because we assumed they were the real ‘tea party’...they ARE NOT!

And the abovementioned FR thread in which Cefaratti signs up to post, saying it's obvious the FR "blog" was created to look into HIS organization, LOL! (post #26):

Keep all our oil in the ground. Make no serious effort for alternative energy (nuclear). Give all our money to muzzies and chicoms. All makes sense to me.

Yep!
Pinging some folks who were on that thread. He was sure trying to defend his scam...with good reason...they’ve raked in MILLIONS from innocent patriots trying to better the country since then, only to line a bunch of lobbyists pockets.

Dirtboy, your post # 40 is interesting: “30 percent admin is not out of line. Now, the marketing costs - once again, do any of your vendors have a fiduciary or direct relationship to principals in TheTeaParty.net? “

One way to address it is to churn up a huge advocacy for Christians who Muslims are persecuting and demand “conservative” Muslims educate Muslims to stop killing and hating non-Muslims. Put them on the defensive and cut out the religious discussions. I don’t care what their Kornan excuse is for murdering and stealing from Christians...

Conservative Muslims??? THAT is what is running CPAC and banning anyone who doesn’t tow their line, courtesy of Grover Norquist.

I want to know if speakers like Santorum, Romney, and Sarah Palin are told what they can talk about at CPAC. If none of them bring up radical Islam in the USA or immigration/amnesty, I guess we’ll have our answer. Well, they claim to be conservatives in union with Christians in CPAC. Hold them to it. What do they think about the murder of Christians and what are they doing to educate their brothern to stop the jihad?

You are right, it probably will not work. But maybe it would be a new avenue to bring up their Islamic murder problem without reading straight from the Koran and debating Israel and religion. We should be advocating for government foreign policy that makes Muslim radicals pay for persecuting Christians (and Jews and others along the way) at CPAC.

THERE YOU GO! tomkat comes through, LOL!

What is that CPAC short for nowadays ???

37 posted on 03/13/2013 4:56:56 PM PDT by Tennessee Nana
[ Post Reply | Private Reply | To 1 | View Replies]
To: Tolerance Sucks Rocks
I get occasional email to one of my throwaway email addresses from an outfit calling themselves the Tea Party Patriots. They are constantly crying for money.

Their latest email, which I deleted and wish now I hadn't, made a big deal of how they are going to be at CPAC and want to meet all their admirers, prolly so they can beg for more money.

IMHO, CPAC has become nothing more than a commercial for Moslems and queers. 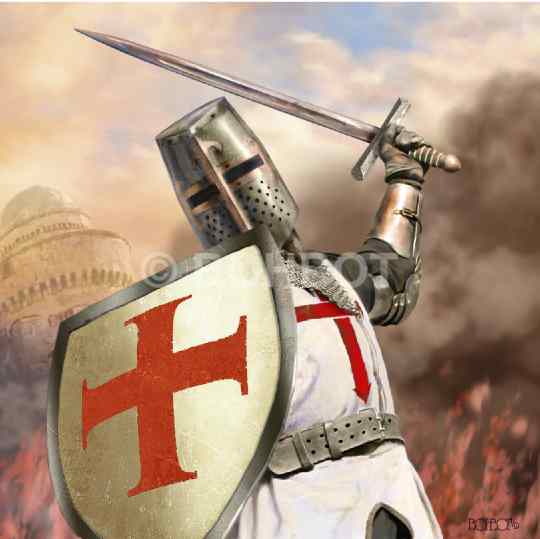 For anyone going to the upcoming Conservative Political Action Conference (CPAC), I’m sure by now you’re aware that there will be no panels conducted regarding the threat of Islam this year. All of our leading experts on Islam–Robert Spencer, Pamela Geller, Frank Gaffney and others–have been banned from speaking and/or holding panels.

Not that it matters as to the complaint of this thread but there is one panel session on the topic but doesn’t include the author’s list of experts.