This Is How We Resist *Video*
SHTF Plan ^ | Mac Slavo

This Is How We Resist *Video*

It should be clear by now that the Federal government, through various agencies like the Departments of Justice and Homeland Security, is rapidly moving towards a legal model that aims to strip fundamental rights traditionally protected by the Constitution of the United States.

The Second Amendment is and has been under fire for quite some time, but what many Americans fail to realize is that the attack on our right to bear arms is only part of a much broader plan, one that aims to quietly kill any semblance of liberty we have left.

The Fourth Amendment, which protects an individual’s right to be secure in their own person and home is as important as the right to speak freely and defend one’s self, yet it is being eroded without respite.

At some point in the last couple of decades there was a shift in how the justice system deals with average citizens. No longer is there a presumption of innocence on the part of police or prosecutors. In the eyes of the government, we’re all guilty of something, a position that has left countless Americans imprisoned or dead for no other reason than the arresting officer or government attorney wanting to stroke their ego or increase their conviction rate.

When the government is allowed into our homes, our cars, our phone conversations or our pockets without cause, we are no longer the America of our forefathers. Rather, we begin to reflect the principles of tyrants like Josef Stalin, Adolf Hitler or Mao Zedong who deliberately ravaged their countrymen and left their nations devoid of common sense, humanity and the rule of natural law.

Many of us are struggling to find a way to resist the overt tyranny being imposed across our once free nation.

There’s a way, but we must fight this battle on our streets, one individual at a time.

When they come to question us, or come to search our personal effects, or ask us to voluntarily detain ourselves, it’s time we push back and exercise the rights our founders fought so hard to protect.

This is how we resist.

The motto of our modern police state is, “if you’re not doing anything wrong, you have nothing to fear.”

We must respond by staying true to the fourth amendment: “If I’m not doing anything wrong, and you have no probable cause, evidence or warrant, then I respectfully demand that you let me go about my business.”

When you resist you will undoubtedly be met with counter-resistance, perhaps even threatened with arrest or worse.

Oftentimes, prosecutors and judges will side with law enforcement officers in the “typical your word against their’s” scenario.

But with modern day technology, you can turn the tables, and never have to face unjust questioning, detainment, or arrest again.

Here are some tips for joining the resistance using technology you have at your fingertips:

•Always have a video camera on you. Most of us already have the means to record footage using our cell phones.
• Add a secondary device covertly hidden in your vehicle in the event you are pulled over. Preferably, you’ll want it to be transportable when you go for a leisurely stroll, so a James Bond style spy pen may be your best bet. Most can record up to 6 hours of audio and video in high definition. If your camera is seized and the storage chip destroyed, your secondary device will not only prove your innocence, but show that evidence was purposefully destroyed.
• Stream your recording to the internet as it happens. In recent years new “apps” have been made available that essentially allow you to instantly stream your recordings to the internet, so no matter how hard they stomp on your mobile device, it’ll be too late because the video of that boot coming down on your cell phone camera is being uploaded in real time. (Here are some apps to try that will allow you to instantly record to your Facebook, Youtube or cloud server: VTweetIT for Android, Qik for Android, More Streaming Apps for Android, OpenWatch for iPhone, Qik Video for iPhone)
• Do not tell police you are recording them when they first approach you. Police officers will often claim that we have no right to record them. Because they almost always execute their duties in public and they have no reasonable expectation of privacy when doing so, we the people have every right to make a record of their activities – it’s like writing it down in a journal, except using modern tech. In May of 2012 the 7th Circuit Court found a specific First Amendment right to record police officers (link), a ruling whose legality was upheld by the U.S. Supreme Court. This means that you are well within your right to record a police officer without having to alert them to the recording, even if your state requires “two party consent” for audio or video recordings.

Thirty thousand drones soon to be patrolling our skies with high definition recording capabilities. Cameras on every street corner and in every police car. Audio recording devices on buses and trains. NSA monitoring stations and DHS fusion centers aggregating and flagging all of it.

THAT video is flat out AWESOME!!!

The motto of our modern police state is, “if you’re not doing anything wrong, you have nothing to fear.”

That has always been known as the voice of Totalitarianism.

“if you’re not doing anything wrong, you have nothing to fear”

of me videotaping you doing your job.

Ha! And more than a few authoritarian freepers.

Is that whole video footage of various people resisting questions of citizenship at the US/Mexico border? I didn’t watch the whole video, it seemed to get repetitive after a while.

You only responses should be,
“Am I being detained?”
“What is your probable cause for detaining me?” (Challenge it with his/her next in charge.)
“Am I free to go.”

Along with me, many believe that if the officer turns away from you ^without further instructions^, you are free to go. If they call you back, YOU ARE BEING DETAINED and they will need to either explain or obtain a warrant for detaining you.

I’ve asked a LEO (in a semi-social setting) to paraphrase and interpret the 4th and 5th amendment for me. In his case, he couldn’t get past the “paraphrase” part.

This is great, but what happens when this approach doesn’t work and you are yanked out, taken to a room, beaten bloody, and forgotten about for a day or two before being released without charges.

NO, these incidents took place at Border Patrol checkpoints inside the US. Checkpoints are set up on major highways “near” (25-75 miles is their current definition of near) for purposes of checking for illegals and drugs smuggled in from Mexico.

Laws are entirely different for people coming in from another country to the US subject to Customs and Agriculture Inspections and this should not be confused with the checkpoints that are inside the US, and many are located on Interstates. This issue is should authorities be able to stop people traveling within the US.

These are the true freedom-fighters in America. This is not a small thing, it is THE thing. The Supreme has ruled that to maintain your rights you must at ALL TIMES be a “belligerent claimant,” in other words: Submission is capitulation.

Yes. Don’t say much because they do it all day every day, so you will not be lawyerly enough to say clever things.

Am I being detained?
What is your probable cause?
Do you have a warrant?
Am I free to go?

Keep it simple and don’t back down. 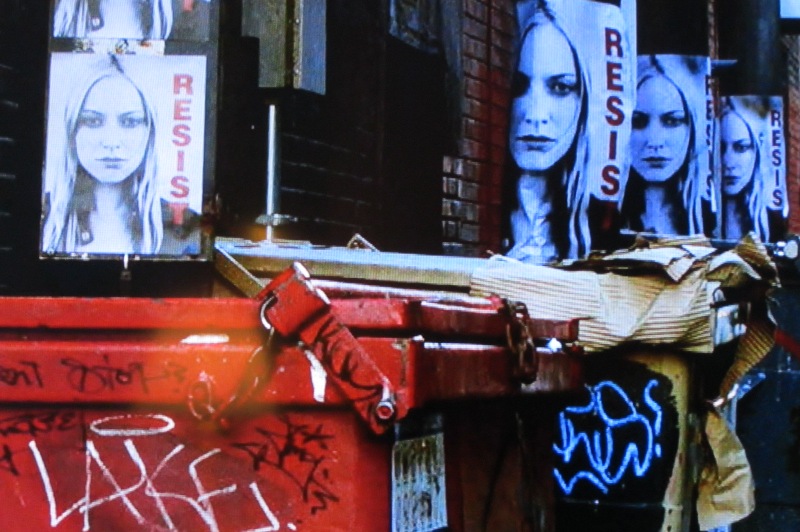 How strange. What is the rationale for having another checkpoint after the first one at the border?

The right to bear Hyper-Velocity arms... The only way to kill an Observer!!!!