Republicans prepare for a comeback: ‘We can’t come off as a bunch of angry white men’
Yahoo ^

Republicans prepare for a comeback: ‘We can’t come off as a bunch of angry white men’

After three months of denial, anger, despair and depression over the results of a bruising national election that gave Democrats an edge in Congress and kept President Barack Obama in the White House, Republicans know they must adapt if they are to move forward.

They acknowledge that it's time for a serious gut check. (Or as Haley Barbour put it in November, a "proctology exam.")

Whatever bodily metaphor you choose, the fact remains that the election so jolted and shocked the party that it is taking real steps to change.

And change they will! As soon as they figure out how.

While Republicans in Virginia and other battleground states launched an effort this week to alter electoral college rules so that votes are doled out proportionately--which would likely give the GOP at least a short term edge--GOP leaders here discussed their party's own shortcomings and sought areas of internal improvement.

Almost every conversation in the bar of the Charlotte Westin Hotel this week involved a discussion about what the party must do to win the next elections. Floating through the air is a desire to re-capture glorious days of the past, a challenge made difficult by a country that refuses to stand still. Demographics are changing, minorities are growing in political influence and views on social issues like gay marriage are drifting rapidly leftward. Something's got to give.

Well you could start by not using the libtards charicature of us as ‘angry white men’...duh....

(not you Sub, the author)

The only people I hear that are labeling white men as angry, are the lberals..like Maxine waters, who said the tea ppl could go hell, obama telling republicans to sit in the back of the bus, trumpa calling tea party ppl sons of bitches..This is media spin and some how ppl believe it...

Well I AM an angry old white guy!

A party that can’t articulate its reason for existence doesn’t have one.

Having a black RNC Chairman didn’t make a damn bit of difference. The only answer is to effectively answer them and start throwing it right back at them. This is war, but the Republicans don’t seem to realize that they are in one.

the answer of CONSERVATISM is an answer no one in the GOP-e wants to consider.

Well then use black and women Repubs to state your case, but for damn sure, don’t give up on the angry part! Get in the media’s face and tell them what you think of them as the propaganda arm of the DNC, and do it in a unifying manner (use the same buzzwords and catch-phrases and to hell with the media trying to call you on it). Do NOT be afraid of the “media” (they think you are anyway). Take the fight straight to them. Do NOT back down!

And a party that expects sheeple to vote for a Romney - simply because he isn’t Brokeback Obama - is way past their sell-by date.

Conservatism won’t be tried because it inherently is anti-elitism,

and the reason for the GOP’s existance is to perpetuate their politicians’ elite status.

10 posted on 01/25/2013 10:49:32 AM PST by MrB (The difference between a Humanist and a Satanist - the latter admits whom he's working for)
[ Post Reply | Private Reply | To 7 | View Replies]
To: Sub-Driver
GOP leaders here discussed their party's own shortcomings and sought areas of internal improvement.

The party's dearth of conservatism would be a good place to begin.

They should be more worried about coming off as weak white wusses, which is their current image.

“We Suck Less” is not a winning strategy.

How about you don't try to seek and destroy your own young blood!? 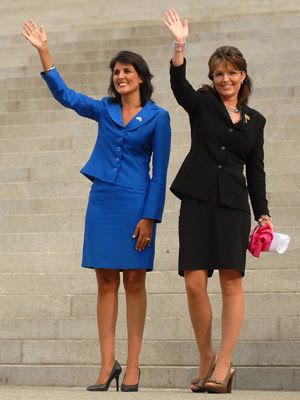 I am an angry White man & I won’t stand with anyone who doesn’t stand by me.

So, Republicans want to begin their comeback by insulting white men?

Same old stupid party. Enjoy your time in the wilderness. 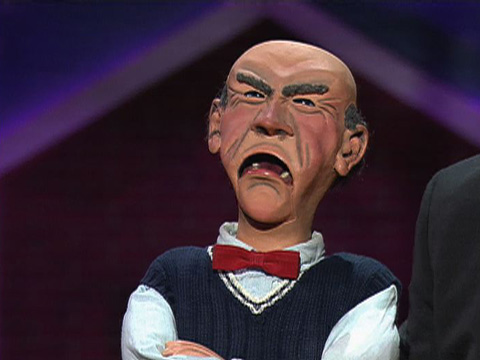