Five suspected members of the Islamist group which held foreign and local workers hostage at an Algerian gas plant have been arrested, reports say.

The reports came a day after the Algerian authorities said all 32 hostage-takers had been killed at the In Amenas gas installation.

TOPICS: News/Current Events; War on Terror
KEYWORDS: algeria; algeriahostagecrisis; algeriajihad; alqaeda; benghazi; hillaryclinton; kenyanbornmuzzie; libya; obama; waronterror Navigation: use the links below to view more comments.
first 1-20, 21-40, 41-46 next last
You know Hillary and Obama must be sweating knowing the Al Qaeda terrorists responsible for this attack are from Libya and most likely the same Al Qaeda members who raped and killed the US Ambassador in Benghazi.
1 posted on 01/20/2013 2:14:58 PM PST by jimbo123
[ Post Reply | Private Reply | View Replies]
To: jimbo123

That would probably just be a co-incidence”..huh?

2 posted on 01/20/2013 2:18:48 PM PST by Recovering Ex-hippie (Go Galt!)
[ Post Reply | Private Reply | To 1 | View Replies]
To: jimbo123
"You know Hillary and Obama must be sweating knowing the Al Qaeda terrorists responsible for this attack are from Libya and most likely the same Al Qaeda members who raped and killed the US Ambassador in Benghazi."

We might find that they were armed and trained by the US in its war to overthrow Qaddafi that has now spread Islamic terrorism and heavy weapons all over North Africa and the Middle East.

“We got our weapons —super fancy ones— from Barack, it was his whole operation. We burned the Bengali facility to get back the Blind Sheik, and that’s what we were trying to do here, too, only just across the border.”

“How many other people have you told this to...?”

I bet he is looking over their files marking their names for execution.

I wonder if Hitlery will pick up some heat during her appearance before the Congressional hearing this week about this event. Gotta think she might have a relapse on her, er, stroke thingy. Maybe she’ll slip and fall going up the capitol steps.

8 posted on 01/20/2013 2:35:46 PM PST by batterycommander (a little more rubble, a lot less trouble)
[ Post Reply | Private Reply | To 1 | View Replies]
To: The Louiswu
I expect them to get every possible extent of PC consideration possible. Eric Holder will demand a show trial in civilian courts and that will hold everything up while it is debated and played out in the media.

In the mean time the Islamic murderers will get special meals, religious considerations, incarceration supervised by Amnesty International and more than likely they will file immediate charges of abuse, harassment and Koran desecration all leading to other trials and maybe even their release on some sort of technicality.

Obama seems to have more in common with these murderers than he does with working American citizens.

> We might find that they were armed and trained by the US in its war to overthrow Qaddafi that has now spread Islamic
> terrorism and heavy weapons all over North Africa and the Middle East.

Thanks to foreign-supplied weapons to terrorist countries such as Pakistan, Islamic terrorism has been perpetrated throughout the world for decades.

The Algerians have obviously been studying the techniques of the FBI’s Hostage Rescue Team: The hostages are dead.

11 posted on 01/20/2013 2:40:11 PM PST by Cyber Liberty (Obama considers the Third World morally superior to the United States.)
[ Post Reply | Private Reply | To 1 | View Replies]
To: jimbo123
"It is out of the question to allow foreign security forces to handle the security of our oil facilities," he said, quoted by Algeria's APS news agency.

After seeing how do-nothing 0bama and know-nothing Hillary left 41 State and CIA employees to fend for themselves who can blame the Algerians?

There are three scandals here...

Denial of requests for security were a dereliction of duty. The lies and misdirection about the "video" after the attack were fraud and malfeasance under the color of authority. The inaction during the attack was something more than that.

The failure to act during the attack is the direct equivalent of desertion IMO.

ONE man had the authority to act that night.

Doctor a little, then "talk" a little. Doubt we will be surprised who's "friends" they are.

Probably released by Obama from Gitmo before that even.

I wouldn’t be surprised if all of these guys all died overnight from brain hemorrhages. 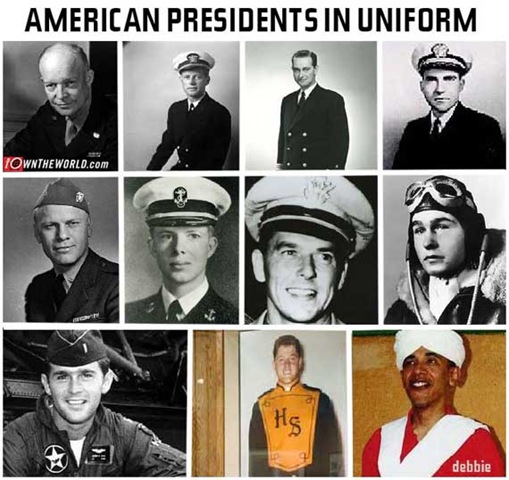 I hope they waterboard them till their noses bleed then after extracting all the info they can, take them out and shoot them.

18 posted on 01/20/2013 2:51:25 PM PST by Venturer
[ Post Reply | Private Reply | To 6 | View Replies]
To: Cyber Liberty
It is not nice but in most "hostage rescues" saving the lives of the hostages are way down on the goal list. The main goal is to prevent any more hostages from being taken. The second is to prevent the hostage takers from walking away.

If you can do those two things and rescue the hostages then bravo. If not then you don't want to forget your first two goals.

It isn't TV where the brave FBI agent lays down his gun and then pulls a Jackie Chan maneuver to capture the bad guy and retrieve the hostage without a scratch.

In reality you shoot through the hostage if you have to but the terrorists are not walking out.

If they all die then it will be awhile before someone tries that again.

Shooting is too good for them. Hang them in a public square.