A House committee is planning to hold a hearing next week on the Libya consulate attack, following up on an issue that Republicans had emphasized before the presidential election in questioning President Obama's foreign policy record.

Ambassador Chris Stevens and three other Americans were killed in the Sept. 11 terrorist attack on the consulate in Benghazi. A local Libyan extremist group is suspected of carrying out the attack, but the Obama administration has been criticized for its confusing explanation for the strike and for security warnings that apparently weren't heeded.

The House Intelligence Committee will hold its hearing on the attack on Nov. 15, Fox News has learned. Director of National Intelligence James Clapper, CIA Director David Petraeus and Matt Olsen, director of the National Counterterrorism Center, are expected to testify.

The Senate Intelligence Committee plans to meet the same day to discuss the Libya attack, but that hearing will be closed to the public.

Just when I swore off TV damn its like the Mafia

They need to get witness accounts from the 30 who escaped from the compound, and from British troops nearby. Also, what assets were in country for other surveillance missions carried out routinely around the clock, such as armed drones, FA-18’s, helicopters.

3 posted on 11/07/2012 10:30:00 PM PST by BerryDingle (I know how to deal with communists, I still wear their scars on my back from Hollywood-Ronald Reagan)
[ Post Reply | Private Reply | To 1 | View Replies]
To: Free ThinkerNY
Only the POTUS had the authority to act!

0bama was notified immediately and automatically when the Benghazi consulate triggered the "Imminent Danger Notification System" alert. He did nothing.

They confirm everything Col. Hunt said about automatic notifications to the WH and add more details.

There are three scandals here...

Denial of requests for security were a dereliction of duty. The lies and misdirection about the "video" after the attack were fraud and malfeasance under the color of authority. The inaction during the attack was something more than that.

The failure to act during the attack is the direct equivalent of desertion IMO.

ONE man had the authority to act that night.

Who is on this committee? We need to write them to encourage them. 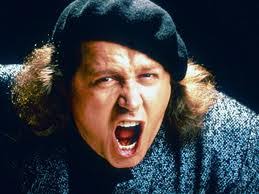 This is potentially an albatross for Obama ...

Suppose that it comes out that Obama left the men in Benghazi hang out to dry ...

Public outrage from the right will be immense ...

Now, in 2014, 33 Senators are up for election. 20 are DEMs. And, the following have no clout and are from RED or basically patriotic states:

Disgusting that no PATRIOTS ‘in the know’ spoke out before the election by telling us what REALLY happened here so as to inform America of the REAL Obama before they voted for him.

Yikes.. Just occurred to me, when was that Secret Service agent murdered, uh urr, I mean committed suicide? Uhhh, 5 days BEFORE the election? Perhaps he knew of 0bama’s whereabouts and activities the day of the terrorist attack?

If that were to happen, impeachment and we get Biden, who is up for the VP slot in that event? Reid?

Most of those in the know are probably either active duty military or part of the 0coward administration. The first risk severe consequences for going public and the latter group are not patriots. They’re seditionist commie scum.

Actually, it is Speaker of the House [Boehner]

Then, it goes back to the Senate and the House - don't know in what order ...

They did. Fox was the only outlet that seriously reported on the issue.

The media is sabotaging America too.

Thanks for the info. “Speaker of the House [Boehner]” better than nothing I suppose.

Our government is bad most of them could care less about us
we are just cattle to them I hate them all. Nothing will happen to Obama he will squirm his way out of it meanwhile people were killed and he could care less.
The media isn't far behind sure one or 2 reporters on Fox
but this should have been on every news outlet.
Shame on them and screw them all.

I am in a really bad mood today more taxes where I live, Obamacare and the Dictator is still in Washington it is appalling.

Repeat: No one Cares about Libya
I mean, they care a bit but hardely a bit. It’s not like Obamacare that is going to ruin our lives, and it’s common sense that it’s simply not tantamount to Watergate, and if it was tantamount to Watergate, it wouldn’t be believable, or it would be too complicated to explain. Just say no to more talk of Libya. And if we start House Hearings on Libya we not only will be taking our eye of the ball of the developing horror of Obamacare etc, but we risk inflaming the public against the Republicans, and then losing the house, and then maybe Obama can do much more parting damage in 2015 and ’16. Get off the Libya topic.
Just as I write this, on DVR, I hear Greta say “More news out of Bengazi.” You got to be kidding me. “Will we get real answers?” Um, who cares anymore. “Why wasn’t it better defended?” “The White Hosue blah blah blah.” “The American people are entitled to answers.” .. “No, the American people are tired of it.” Talk about Obamacare.

Because the media doesn't care about Libya....guarantee if it happened on Bush's watch it would be on 24/7, then everyone would care about it.

“Repeat: No one Cares about Libya”

I care and so do the loved ones of those who were needlessly slaughtered while Obastard stood by and did nothing.

Let me guess... they will determine that it is merely another case of workplace violence.

This will go exactly Nowhere now that President “What, Me Worry?” has been reelected. Maybe a good investigative journalist (if there are any left, somewhere, anywhere!) who wasn’t worried about being snuffed could get to the bottom of all this. But our congress critters? As they say, good luck with that....