The 30ft-tall statue, which forms the centrepiece of a $120 million (£73 million), four-acre memorial to Dr King, opened to the public on Monday on the National Mall in Washington. It is the only memorial on the Mall that does not honour a president or fallen soldiers.

Standing in the shadow of the Washington Monument, the statue shows Dr King emerging from a mountain of Chinese granite with his arms crossed and is called The Stone of Hope.

However, there has been controversy over the choice of Lei Yixin, a 57-year-old master sculptor from Changsha in Hunan province, to carry out the work. Critics have openly asked why a black, or at least an American, artist was not chosen and even remarked that Dr King appears slightly Asian in Mr Lei's rendering.

Mr Lei, who has in the past carved two statues of Mao Tse-tung ...

More than 150 granite blocks, weighing some 1,600 tons, were then shipped from Xiamen to the port of Baltimore, and reassembled by a team of 100 workmen, including ten Chinese stone masons brought over specifically for the project. …

He has also prepared a bronze bust of Barack Obama which he intends to gift to the president. …

The statue, meanwhile, will be 11ft taller than the statues in the Lincoln and Jefferson memorials. It is unclear how much money was saved by making it in China. 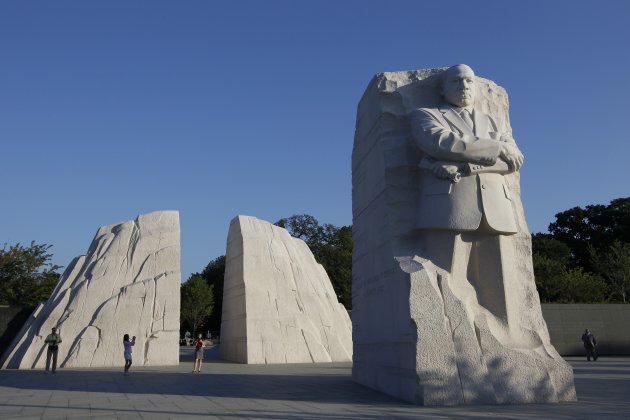 All of the workers assembling this in DC...were Chinese...brought in to ensure completion. I’m guessing that the statue is half the cost of anything done by an American team.

Made in China, and taller than the Jefferson and Lincoln statutes. What does that say?

I’m not sure exactly what it says... but it does say something.

6 posted on 08/22/2011 11:30:41 PM PDT by Ronin (Obamanation has replaced Bizarroworld as the most twisted place in the universe.)
[ Post Reply | Private Reply | To 4 | View Replies]
To: hsalaw
Says everything about where we are a nation today.

We survive on borrowed money from China.

We outsource our labor, our materials, our craftsman, our memorials.

We are nothing more than consumers.

We are hollowed out.

That's what it says. 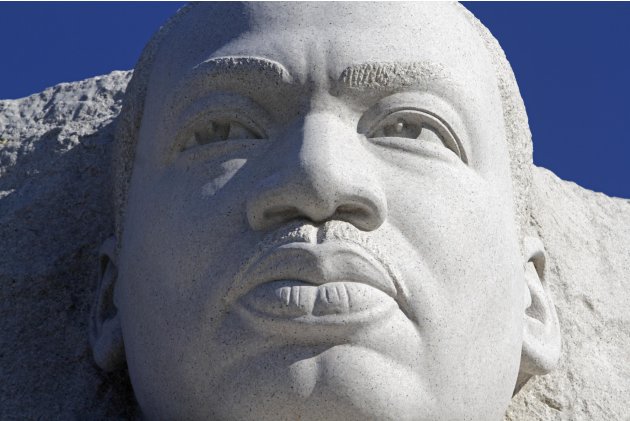 “We need a new capitol?”

Right to the ground.

He has also prepared a bronze bust of Barack Obama which he intends to gift to the president.

The reason he got the assignment is likely because he is a commie lover and and/or (? not that there is a difference) an Obama lover. The statue is horrible. It makes MLK look defiant and angry. It is reminiscent of the work done by commie propagandists. MLK did not have that persona rather he had a persona of hope, joy and determination as he had a vision.
13 posted on 08/23/2011 12:28:40 AM PDT by Bellflower (The LORD Jesus Christ is the antidote, the one and only antidote.)
[ Post Reply | Private Reply | To 1 | View Replies]
To: newzjunkey

The look on the face is one who is ready to kill.

14 posted on 08/23/2011 12:30:36 AM PDT by Bellflower (The LORD Jesus Christ is the antidote, the one and only antidote.)
[ Post Reply | Private Reply | To 9 | View Replies]
To: newzjunkey
It is the only memorial on the Mall that does not honour a president or fallen soldiers.

of course... libtards never let facts get in the way of a good spin

Let’s see...a little nip here...a little fullness of the cheeks...a little this and that.....and surplus statues of Mao are recycled into statues of King.
Oh those practical minded Chinese!

16 posted on 08/23/2011 1:22:03 AM PDT by count-your-change (You don't have be brilliant, not being stupid is enough.)
[ Post Reply | Private Reply | To 1 | View Replies]
To: newzjunkey
Gee, I wonder how the Leftist/Progs/Demo-Rats/Libs/Socialist/Commies (but I repeat myself) who overwhelmingly populate this People’s Socialist Republic of Utopian Moonbats (Vermont) will react to this “news.”

Probably with what is their default reaction to anything which is embarrassing or critical to their agenda/ideology: Crickets Chirping.

Naturally, I don’t expect the only State-wide Gannett-owned, Far Left Rag (Burlington Free Press) to be giving this any coverage

In a related 2008 article, this was addressed and promptly, forgotten. Had this been anything to do with Boosh or Cons, it would continue to be making front page news all over

GRANITEVILLE, Vt. - For nearly two centuries, the massive gray granite deposits of this hamlet have produced the headstones and memorials that dot cemeteries across the nation. But from the hollows of the quarries to the cutting sheds where rock is sawed and carved into shape, laments can be heard that the local granite industry's end may soon be near.

As cheaper Chinese and Indian imports flood the American market, headstone and memorial manufacturers are shutting their doors, laying off workers, and cutting hours. Some manufacturers have begun using imported granite for carving and etching into headstones. Among the hardest hit have been the quarries. Last month, one of the region's largest employers and owner of the area's quarries, Rock of Ages Corp., laid off one-third of its quarry workers.

For many, the ultimate sign that Vermont's gray granite industry was in trouble came recently when the Martin Luther King Foundation, a not-for-profit organization, purchased Chinese granite for a portion of the 4-acre, $100 million Martin Luther King Jr. memorial under construction on the Tidal Basin in Washington, D.C

For years, granite was the economic lifeline of central Vermont. With one of the largest granite deposits in the nation, the area attracted thousands of immigrant workers from Scotland, Italy, Spain, and Canada. Population swelled in Graniteville and grand granite buildings rose in the adjoining city of Barre. At the industry's peak in the mid-1900s, the industry employed some 3,000 workers and counted a more-than-3,000-year supply of Barre Gray granite yet to be quarried.

CHINA???? The blacks couldn’t find ANY AMERICAN to sculpture their leader???

A quick fact check shows that the article is correct. The Einstien memorial is on the grounds of the National Academy of Science, not the Mall.

The statue like every city in America having a Martin Luther King street is only meant to appease 12% of our population, It’s a joke.In a week it will be ignored by everyone but the Washington pigeons.