If you can stomach it, check out this rant at the Daily Kos. Here’s the opening:

For all y’all rich folks, enjoy that champagne, or whatever fancy ass Scotch you drink.

And for y’all a bit lower on the economic scale, enjoy your Pabst Blue Ribbon, or whatever shitty ass beer you favor.

Whatever the case, and whatever your economic station, know this…

You need to drink up.

Because your time is limited.

So party while you can, but mind the increasingly loud clock ticking away in the corners of your consciousness.

The clock that reminds you how little time you and yours have left.

Not much more now.

I know, you think you’ve taken “your country back” with this election — and of course you have always thought it was yours for the taking, cuz that’s what we white folks are bred to believe, that it’s ours, and how dare anyone else say otherwise — but you are wrong.

You have won a small battle in a larger war the meaning of which you do not remotely understand.

‘Cuz there is nothing even slightly original about you.

There have always been those who wanted to take the country back.

There were those who, in past years, wanted to take the country back to a time of enslavement and indentured servitude.

TOPICS: Culture/Society; Government; News/Current Events
KEYWORDS: antiracists; dailykos; payback; racism; timwise Navigation: use the links below to view more comments.
first 1-20, 21-38 next last
The link to Daily Kos in this entry goes to an edited version of the original, which was cleaned of its most inflammatory parts yesterday.

The original closing of the essay is below.

We just have to be patient.

And wait for your hearts to stop beating.

And stop they will.

And for some of you, real damned soon, truth be told.

Do you hear it?

The sound of your empire dying? Your nation, as you knew it, ending, permanently?

Because I do, and the sound of its demise is beautiful.

If you thought this election was payback for 2008, remember…

Payback, thy name is…

If our DOJ has taught us anything it is you can’t be racist against white people.

Now pay your taxes and have a nice day. :)

Another Olbermann rant on DK?!!!!

Yes we do understand, skippy. So be real careful what you wish for...

Didn’t know MSNBC’s Ed Schulz was contributor to that website. Guess you have to have a Plan B for when the talk show ends.

I’m sure there are thousands of similar and worse being written by other stupid-drunk liberals all over the country and beyond.

As my dad, a former cop, was fond of saying to anyone who resisted arrest: I’ve got six that says you are wrong to try.

That was in the day of the wheel guns. Today he would proclaim he had 13 40’s in the mag and one in the tube.

That line is the sort of thing 13 year olds say when they are extremely angry and want to make vague threats because they can’t make any meaningful threats. His mom should send him to his room until he can play nice, which is probably forever.

The sound of your empire dying? Your nation, as you knew it, ending, permanently?

Because I do, and the sound of its demise is beautiful.

I don't those words mean what he thinks they mean.

The left is so bizarre and stupid.

Back in August, a black worker at a Connecticut beer distribution business was caught red handed stealing beer. This was not his first offense. The owners called in the union boss, their lawyer, and the culprit. Then they fired the worker.

He came back with a gun, and murdered 9 people in cold blood.

His girlfriend told the media he was justified in doing so because he had "experienced disrespect and racism" at the business. There was no proof offered that this was true.

The media reported the "race" angle without batting an eyelash, and then spun the story to justify the mass murder.

It was an incredible moment, but it spoke volumes.

Black racists who are thieves can commit mass murder, and it is justified.

Think about that for a moment.

13 posted on 11/05/2010 10:50:53 AM PDT by SkyPilot
[ Post Reply | Private Reply | To 1 | View Replies]
To: subterfuge
I’m sure there are thousands of similar and worse being written by other stupid-drunk liberals all over the country and beyond.

There definitely are. But this Tim Wise guy is something of a celebrity in the media. First time I heard of him was on NPR a few years ago. He was presented as if he was some sort of crusader for justice, going around college campuses teaching kids how to be fair. In actuality, he's a borderline-genocidal nutcase and they're hiding that fact.

Yeah, and what, this guy wants to take over and turn America into another African-style hellhole ruled by warlords?

“And wait for your hearts to stop beating...And for some of you, real damned soon, truth be told.”??

I'll have the 50-year old Glenfiddich that costs 10,000 dollars a bottle THAT OBAMA IS DRINKING FOR THE NEXT TEN DAYS.

What mental illness. I’m so glad Tuesday’s election has sent these leftist mental patients further off the cliff of insanity. 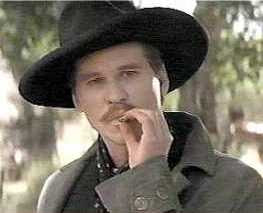 “The left is so bizarre and stupid.”

All leftist thought, from the limousine liberalism of a George Clooney to the mass murders of Mao, Stalin, or Che Guevara, is of and from Satan. It is a contaminant in the human cognosphere, not a natural component of it.