A U.S. judge upheld the constitutionality of the health-care overhaul President Barack Obama signed in March, rejecting an argument brought by a self- described Christian law center in the first legal victory for the new law.

U.S. District Judge George Caram Steeh in Detroit today denied the Thomas More Law Center’s request for an injunction against the law and said the group failed to prove the statute is unconstitutional under the Commerce Clause.

“The minimum coverage provision, which addresses economic decisions regarding health-care services that everyone eventually, and inevitably, will need, is a reasonable means of effectuating Congress’s goal,” Steeh wrote.

DETROIT..............PAHLEEEEEEZE. Everyone knows this is going to the Supremes.

Take it to SCOTUS they’ll overturn the Detroit Dweeb.

figures...was going to ask the question...i now understand why the ruling...by a socialist or commie

“Reasonable,” says the judge? There is nothing reasonable about ObamaCare.

6 posted on 10/07/2010 3:03:35 PM PDT by BuckeyeTexan (There are those that break and bend. I'm the other kind.)
[ Post Reply | Private Reply | To 1 | View Replies]
To: speciallybland
Judge Steeh is a fruitcake Fur Shur. Else he'd noticed that with the addition of more young people to the insured rolls the price is going up for everybody.

Yet, he said "....... lawmakers intended to lower the overall cost of health insurance by requiring participation."

The puke hasn't got beyond the edge of the Democrat party talking points when he says that.

Time for the new Congress to fund a new office for the judge in the Upper Peninsula in an unheated log cabin.

is a reasonable means of effectuating Congress’s goal,” Steeh wrote.

But it’s not constitutional.

I hope Obamacare is overturned by the courts, but realistically, do you think it will be? Will Anthony Kennedy really rule against it?

How’d it end up in Detroit?

Don’t believe the judge was asked to rule on the cost/benefit ratio of the legislation but on the constitutionality of it. It doesn’t matter if the law would make everyone in the nation millionaires and good looking, nothing to do with the nuts and bolts of the law. The question was, can the federal government force anyone to purchase a product endorsed by the government? Think his ruling will be tossed at the first chance.

It depends on how much he values his reputation as being for good, sound law versus bad, unconstitutional law.

How many people screamed, if for no other reason, zero would appoint up to three supers ?

1,000,000 more people just decided to crawl over broken glass to vote Democrats out.

Should have let the Canadians keep the damn place in 1812.

It doesn't matter how the courts rule. The system is unsustainable. It will collapse on its own. How are people going to pay the fines, much less buy health insurance, if they have no jobs.

16 posted on 10/07/2010 3:12:12 PM PDT by Extremely Extreme Extremist (The Republic of the United States of America)
[ Post Reply | Private Reply | To 9 | View Replies]
To: speciallybland
The law center, the plaintiff in the Michigan case along with four uninsured individuals, argued before Steeh that the health-care statute creates a tax, in the form of compulsory insurance, that Congress lacks the power to enact.

Didn't the government recently change its stance on this and argue that Congress does have the power to enact this law because it is a tax? 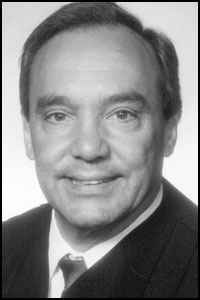 On the unanimous recommendation of Senators Carl Levin and William Riegle, Jr., Steeh was nominated by President Bill Clinton on September 24, 1997

I still belive that the best chance is the case that was brought by the group of States. This was a small case brought up by a Christian Group.

???? I thought the question to be answered was: “Is it legal and Constitutional?”