Imam Feisal Abdul Rauf, chairman of the soi-disant Cordoba Initiative, has gotten all the attention he deserves for his astonishingly insensitive attempt to build a 13-story mosque and community center at the site of Ground Zero.

Rauf has largely escaped attention for his efforts to build a sawed-off version of the same on the grounds of the venerable and historically Christian Chautauqua Institution in western New York State. Although the resistance to Rauf at Chautauqua has not made the news, it is deeply felt, and it is coming from both Christians and Jews. As shall be seen, the forced feeding of Rauf to the unwilling masses at Chautauqua represents progressivism at its most paradoxically self-destructive.

For the record, the Chautauqua Institution was founded on Chautauqua Lake in 1874 by a Methodist minister as a campground meeting for summer school teachers. It proved popular enough to imitate. By century's end, traveling "chautauquas" were educating and enlightening people all across the country.

Shame on Jack Cashill,of all people, unless he's talking about a snow storm.

Thanks for the ping Piasa.

Ground Zero Iman building a mosque on a peak next to Mt. Rushmore, overlooking Gettyburg, in front of the Alamo...

He might as well have said,”It was a dark and stormy
night...”. 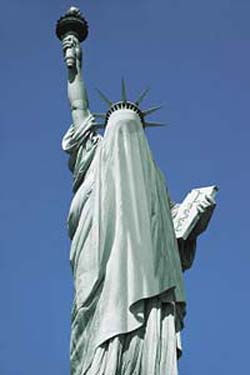 This is what they do, they have a religion of infiltration.

Same thing happened in the Uk, all old churches were being bought up on the quiet and being turned into mosques.

Its about visual domination. Its subversion on a grand scale.

The writer doesn’t understand the left. He says the head of the Chautauqua Institution will have nowhere to stand if Islam rises in the United States, assuming that she is Christian. I would make the assumption that her religion is the socialist utopian vision of the left, given her 40 trips to Cuba. She will stand with the destructive forces until the dictatorship arises and then will stand with the dictatorship and whoever supports it.