“We’ve come such a far distance in our own country, but there are still so many who need the outreach, need the mentoring, need the support to stand up and be who they are and then think about people in so many countries where it just seems impossible,” Clinton said.

“So I think that each and everyone of you, not only professionally, particularly from State and USAID and every bureau and every embassy and every part of our government have to do what you can to create that safe space, but also personally, to really look for those who might need a helping hand; particularly young people; particularly teenagers who still today have such a difficult time,” she added.

“And who, still in numbers far beyond what should ever happen, take their own life rather than live that life,” Clinton said at the event, billed as a human rights and U.S. foreign policy speech.

“So I would ask you to please think of ways you can be there for everyone who is making this journey,” Clinton said. “To defend not only human rights globally, but to truly defend themselves and their rights,” Clinton said.

Clinton’s remarks are part of a high-profile campaign by the Obama administration to mark Gay Pride Month with gatherings at various federal agencies, including the State Department on Tuesday. The Department of Justice and the Federal Bureau of Investigation have held similar events.

Cheryl Mills, Clinton’s chief of staff, in her remarks to introduce Clinton said the Obama administration is “trying to change the world” and that it feels good “to be on the right side of change.”

Mills said Clinton has a “personal commitment” to the lesbian, gay, bi-sexual and transgender community.

Clinton said that “agenda” must be advanced both around the world and at home.

“So as we continue to advance LGBT rights in other countries, we also must continually work to make sure we are advancing the agenda here,” Clinton said.

She closed her remarks by commenting on the significance of the gathering at the U.S. Department of State.

“And I thank you for being part of one of history’s great moments,” Clinton said.

That perverted and mentally ull BO and his appointed minions have been unleashing massive destruction, from within, on our society, our institutions and our military. It is way beyond the time to excise him from misery: http://www.impeachobamacampaign.com

well this should get her votes.

She’s right about one thing: “We’ve come such a far distance in our own country.”

And those poor necrophiliacs? Don't they have feelings too?

“Because that, when they knew God, they glorified Him not as God, but became vain in their imaginations, and their foolish hearts were darkened.” (Romans 1:21)

I think it’s entirely possible that she’s gotten more p#ssy than Bill over the years.

You know, just one day I would like to wake up and not read about some perversion, incompetence or stupidity from this ignorant, no-talent a$$ clown’s collection of scumbags.

Now THAT would be historical, unprecedented, and unexpected.

12 posted on 06/23/2010 5:09:33 AM PDT by scoobysnak71 (Never argue with stupid people. They drag you down to their level and win through experience.)
[ Post Reply | Private Reply | To 1 | View Replies]
To: Common Sense 101
just one day I would like to wake up and not read about some perversion, incompetence or stupidity from this ignorant, no-talent a$$ clown’s collection of scumbags.

Alas, today is not the day.

I’m so with you. But at this point in time, the only way to accomplish that is to not read anything, turn on the tv or the radio for the day. I shudder to think how much lower this administration can sink.

16 posted on 06/23/2010 5:19:47 AM PDT by greatplains
[ Post Reply | Private Reply | To 9 | View Replies]
To: IbJensen
It is very sad that the message is "it's ok to be gay" instead of "be who you are and get on with your life". The unfortunate thing about it is the focus, focus, focus, on sexuality and the message that sex is THE most important thing in life.

Many things would be different in this world if parents and society would promote the satisfaction of leading an honest and selfless life.

If they can’t reproduce, where are they coming from? We seem to be overrun with them.

So the Church, established millennia ago on the basis of Faith, is inadequate to the task of imposing morality, but the State, well documented as inept in everything it touches, is capable? 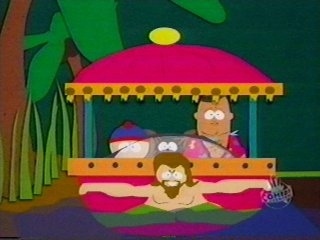