As the evidence of fraud at the University of East Anglia's prestigious Climactic Research Unit (CRU) continues to mount, those who've been caught green-handed continue to parry their due opprobrium and comeuppance, thanks primarily to a dead-silent mainstream media. But should the hubris and duplicity evident in the e-mails of those whose millennial temperature charts literally fuel the warming alarmism movement somehow fail to convince the world of the scam that's been perpetrated, certainly these revelations of the fraud cooked into the computer programs that create such charts will.

One can only imagine the angst suffered daily by the co-conspirators, who knew full well that the "Documents" sub-folder of the CRU FOI2009 file contained more than enough probative program source code to unmask CRU's phantom methodology.

In fact, there are hundreds of IDL and FORTRAN source files buried in dozens of subordinate sub-folders. And many do properly analyze and chart maximum latewood density (MXD), the growth parameter commonly utilized by CRU scientists as a temperature proxy, from raw or legitimately normalized data. Ah, but many do so much more.

Skimming through the often spaghetti-like code, the number of programs which subject the data to a mixed-bag of transformative and filtering routines is simply staggering. Granted, many of these "alterations" run from benign smoothing algorithms (e.g., omitting rogue outliers) to moderate infilling mechanisms (e.g., estimating missing station data from that of those closely surrounding). But many others fall into the precarious range between highly questionable (removing MXD data which demonstrate poor correlations with local temperature) to downright fraudulent (replacing MXD data entirely with measured data to reverse a disorderly trend-line).

In fact, workarounds for the post-1960 "divergence problem," as described by both RealClimate and Climate Audit, can be found throughout the source code. So much so that perhaps the most ubiquitous programmer's comment (REM) I ran across warns that the particular module "Uses 'corrected' MXD - but shouldn't usually plot past 1960 because these will be artificially adjusted to look closer to the real temperatures."

What exactly is meant by "corrected” MXD," you ask? Outstanding question -- and the answer appears amorphous from program to program. Indeed, while some employ one or two of the aforementioned "corrections," others throw everything but the kitchen sink at the raw data prior to output.

For instance, in the subfolder "osborn-tree6\mann\oldprog," there’s a program (Calibrate_mxd.pro) that calibrates the MXD data against available local instrumental summer (growing season) temperatures between 1911-1990, then merges that data into a new file. That file is then digested and further modified by another program (Pl_calibmxd1.pro), which creates calibration statistics for the MXD against the stored temperature and "estimates" (infills) figures where such temperature readings were not available. The file created by that program is modified once again by Pl_Decline.pro, which "corrects it" – as described by the author -- by "identifying" and "artificially" removing "the decline."

But oddly enough, the series doesn’t begin its "decline adjustment" in 1960 -- the supposed year of the enigmatic "divergence." In fact, all data between 1930 and 1994 are subject to "correction."

And such games are by no means unique to the folder attributed to Michael Mann.

A Clear and Present Rearranger

In two other programs, briffa_Sep98_d.pro and briffa_Sep98_e.pro, the "correction" is bolder by far. The programmer (Keith Briffa?) entitled the "adjustment" routine “Apply a VERY ARTIFICAL correction for decline!!” And he or she wasn't kidding. Now IDL is not a native language of mine, but its syntax is similar enough to others I'm familiar with, so please bear with me while I get a tad techie on you.

These two lines of code establish a twenty-element array (yrloc) comprising the year 1400 (base year, but not sure why needed here) and nineteen years between 1904 and 1994 in half-decade increments. Then the corresponding "fudge factor" (from the valadj matrix) is applied to each interval. As you can see, not only are temperatures biased to the upside later in the century (though certainly prior to 1960), but a few mid-century intervals are being biased slightly lower. That, coupled with the post-1930 restatement we encountered earlier, would imply that in addition to an embarrassing false decline experienced with their MXD after 1960 (or earlier), CRU's "divergence problem" also includes a minor false incline after 1930.

And the former apparently wasn't a particularly well-guarded secret, although the actual adjustment period remained buried beneath the surface.

Plotting programs such as data4alps.pro print this reminder to the user prior to rendering the chart: IMPORTANT NOTE: The data after 1960 should not be used. The tree-ring density records tend to show a decline after 1960 relative to the summer temperature in many high-latitude locations. In this data set this "decline" has been artificially removed in an ad-hoc way, and this means that data after 1960 no longer represent tree-ring density variations, but have been modified to look more like the observed temperatures. Others, such as mxdgrid2ascii.pro, issue this warning: NOTE: recent decline in tree-ring density has been ARTIFICIALLY REMOVED to facilitate calibration. THEREFORE, post-1960 values will be much closer to observed temperatures then (sic) they should be which will incorrectly imply the reconstruction is more skilful than it actually is. See Osborn et al. (2004).

Clamoring alarmists can and will spin this until they're dizzy. The ever-clueless mainstream media can and will ignore this until it's forced upon them as front-page news, and then most will join the alarmists on the denial merry-go-round.

But here's what’s undeniable: If a divergence exists between measured temperatures and those derived from dendrochronological data after (circa) 1960, then discarding only the post-1960 figures is disingenuous, to say the least. The very existence of a divergence betrays a potential serious flaw in the process by which temperatures are reconstructed from tree-ring density. If it's bogus beyond a set threshold, then any honest man of science would instinctively question its integrity prior to that boundary. And only the lowliest would apply a hack in order to produce a desired result.

Indeed, miners of the CRU folder have unearthed dozens of e-mail threads and supporting documents revealing much to loathe about this cadre of hucksters and their vile intentions. This veritable goldmine has given us tales ranging from evidence destruction to spitting on the Freedom of Information Act on both sides of the Atlantic. But the now-irrefutable evidence that alarmists have indeed been cooking the data for at least a decade may be the most important strike in human history.

Advocates of the global governance/financial redistribution sought by the United Nations at Copenhagen in two weeks, and also those of the expanded domestic governance/financial redistribution sought by Liberal politicians, both substantiate their drastic proposals with the pending climate emergency predicted in the reports of the Intergovernmental Panel on Climate Change (IPCC). Kyoto, Waxman-Markey, Kerry-Boxer, EPA regulation of the very substances of life -- all bad policy concepts enabled solely by IPCC reports. And the IPCC in turn bases those reports largely on the data and charts provided by the research scientists at CRU -- largely from tree ring data -- who just happen to be editors and lead authors of that same U.N. panel.

Bottom line: CRU's evidence is now irrevocably tainted. As such, all assumptions based on that evidence must now be reevaluated and readjudicated. And all policy based on those counterfeit assumptions must also be reexamined.

Gotcha. We know they've been lying all along, and now we can prove it. It's time to bring sanity back to this debate.

It's time for the First IPCC Reassessment Report.

“Bottom line: CRU’s evidence is now irrevocably tainted. As such, all assumptions based on that evidence must now be reevaluated and readjudicated. And all policy based on those counterfeit assumptions must also be reexamined.”

Absolutely. There cannot be any further action by any government entity such as CARB in California, or The Fed at this point regarding Global Warming. They have to stop all action whatsoever.

The only thing that is man made about Global Warming, is the theory behind it.

Already the climate alarmists like Carole Browner are saying the science is settled and that 2,500 climate scientists can’t be wrong. Most of us have known for years that they have been “cookin’ the books” and the evidence has been the frustration of other climate scientists who have long requested the raw data the alarmist conclusions are based on. It has not been forthcoming. We lay persons can only hope that their voices, together with some in Congress, can force the media other than Fox, talk radio and the internet to begin to cover it. It indeed is this young century’s greatest scandal.

Damn intertubes anyway. Who gave all these riff-raff commoners the power of their own printing press?

wow, I bet the MSM will be all over this /s

8 posted on 11/25/2009 1:13:35 PM PST by Oshkalaboomboom
[ Post Reply | Private Reply | To 1 | View Replies]
To: CedarDave
Already the climate alarmists like Carole Browner are saying the science is settled and that 2,500 climate scientists can’t be wrong.

The media is complicit in this fraud.

The media may not be at the moment, but watch for climate researchers to apply
this "fudge factor" to REAL temperature numbers to then "reverse engineer" the
fake numbers that the CRU was presenting as "evidence."

That's when the Global Warming façade will really unravel.

12 posted on 11/25/2009 1:21:44 PM PST by BP2 (I think, therefore I'm a conservative)
[ Post Reply | Private Reply | To 8 | View Replies]
To: Smogger
I literally “LOLed” when I read they had the climate scammers’ source code! I just heard on Fox this may not be a hacker's work, but an inside whistle blower. I can just see a disgruntled programmer doing this.
13 posted on 11/25/2009 1:22:09 PM PST by Forgiven_Sinner (For God so loved the world, that He gave His only Son that whosoever believes in Him should not die)
[ Post Reply | Private Reply | To 1 | View Replies]
To: Smogger
Years ago, I was asked to provide data for a weather modeling/prognosticating program. My data was coming from a database of crop information. I asked what fields they thought would be useful. The answer was "Give us everything and we will figure out what is useful."

I extrapolated from that, that they would use whatever fields proved whatever they were trying to prove.

It was not a scientific endeavor at all, just playing with data until it yielded the proper result.

I have always scoffed at these computer models anyway. As a computer programmer, I can certainly give you whatever result you want. Does it prove anything? NO

Warmergate. What an awesome takedown of these pathetic tools!

I thought the tree ring thing was nutso from the very first! I won’t go into details but the more we dig the worse this begins to look.

If the lame stream media doesn’t catch on to this it means that we all are screwed, by the so-called globalist conspirators.

WTH can we do, the recently educated are so intellectualy inept that all this simply blows over their heads. FORTRAN. hey man grandpa used that way back before pythagoras. Hey man, that is a horrible language no one would still use that!!!

Caddis the most ancient
Enjoy family and feast

But, but, but...Ed Begley and Barbara Boxer and Fat Albert have said that the science is settled.

Hey, what’s a couple of misplaced vowels or consonants, or 0’s or 1’s, among men and women of good will?

Can’t we all just raise taxes, redistribute all the money to friends, family and supporters, and get along? It’s in a good cause. 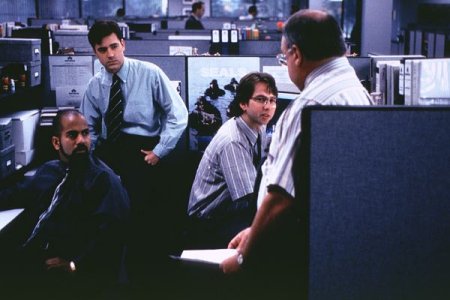