In many, many ways I see an effort to push us back to a pre-modern culture. The serfs should do the work, but should own little. The Elites should live in the nice castle on top of the hill. Truth is a mystery and cannot be known by most people (although the Elite have the hidden knowledge).

Who is John Galt?
Where is Wat Tyler?

and who is Jim Thompson?

Well said, happy Thanksgiving to all. Hope for change, and be prepared to fight for it.

It died shortly after Common Sense in 1998.

Trust in the US Government is on life support.

“In many, many ways I see an effort to push us back to a pre-modern culture. The serfs should do the work, but should own little.”

They should read “ A Distant Mirror” by Barbara Tuchman to see just how pleasant it was when the Serfs decided that they had enough,

Valid. But that stereotyped pejorative use of the term "medieval" is outdated.
Obama is a thoroughly modern and secular humanist socialist produced from the scientism, positivism, multiculturalism, and PC absurdities of the post-Protestant Columbia and Harvard fever swamps, claiming Enlightenment, progress, and all of the nonsense of scientific materialism.

The One would do well to study Magna Carta, Anglo-Saxon Common Law, constitutional theory and natural law from Richard Hooker on. The scandal is that modern secular society, with all of its claims to Enlightenment and science, has lost the ability to reason through common sense. Macaulay predicted this end for modern democracy and Burke was already picking up on similar trends among the Jacobins of the French Revolution. Obama's neo-Jacobin modern gnosticism, mixed with Rev. Wright's crackpot Protestant chiliasm and millenarianism, is a good case study, all enabled and notarized by Harvard, the modern secular Democratic party, and the secular humanists of the mainstream media. This is modernity without restraint.

Right down to Anita Dunn's quotations from Chairman Mao and the Frankfurt School Marxism of the administration and its glad-handing enablers at Harvard, Columbia, and the Council on Foreign Relations proclaiming the shibboleths of global socialism, secular humanism, and population control. Maybe they can trot out David Gergen and Bill Moyers to announce this is what was meant by "life, liberty and the pursuit of happiness" all sealed with a handshake and a wink on PBS as they dope the kids up with another round of mercury vaccines. 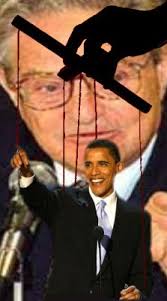 Barack is a pathological liar.

Lying is the political methodology of Barack Hussein Obama.

Prevarication is the ocean in which he swims.

Every time he opens his mouth he lies to the American people.

Anti-intellectualism, i.e., the respect for facts, truth and logic - has always been a hallmark of the Machiavellian, Gramscian Left. Because facts get in the way of their lust for power. So does history, for if America were to truly understand the pedigree of the ideas that now have a happy home in the White house - AND their consequences - we would have a bloodbath of Bibilical proportions as we cleanse the republic of these murderous, evil vermin.

The BLS is still releasing its monthly report, but alongside it the Obama administration has created a new postmodern barometer called jobs “created or saved.”

This morning I spent $42.00 in a local grocery store.
By using my 'Obama Jobs Saved, Door Stop and Veggie Peeler Calculator' (OJSDSVPC) I saved 57,241 jobs.

But that's nothing. Later this afternoon the wife has to stop to do some shopping.
Guessing Estimating on what she'll spend, my OJSDSVPC says she will have saved 167,543 jobs!

And for Christmas, whew boy. That money alone will 'save jobs' equaling the population of France!

Can there be any more doubt -- Obama has to be the DUMBEST president the USA has ever had.
(Yes he's a Commie with an agenda. But he's a STOO-PID™ Commie!)

. He may appear to be of humble origins, but he is descended from an ancient line of freedom fighters. There appears to be a connection in the 1700s with the Kent and Galt families. It is rumored that Jim Thompson's great-great uncle is Sam Damon.

Modern America has lost touch with History. It is not taught in the schools any more so we have generations of Leaders who never learned what has been tried in the past, what works, and what sorts of things haven’t worked. With no actual knowledge of the past people/voters are susceptible to all sorts of irrational dreams and schemes.