Raiding offices in the hunt for documents, FBI agents carted away boxes and envelopes throughout the day from the Office of the Chief Technology Officer, the center of the alleged fraud.

Authorities said the conspiracy was uncovered with the help of a D.C. government employee who recorded conversations with the executive and the city official.

Until recently, the technology office was headed by Vivek Kundra, who has taken a job as President Obama's chief information officer. A White House official confirmed last night that Kundra has taken a leave of absence.

Mayor Adrian M. Fenty (D) said he was unaware of the technology office investigation until yesterday's raid and arrests. He said the city will "cooperate fully" with the probe.

Yusuf Acar, 40, who has worked in the technology office since 2004, was charged with bribery, conspiracy, money laundering and conflict of interest. Assistant U.S. Attorney Thomas Hibarger told a federal judge that Acar is a flight risk because agents seized $70,000 in cash in his house and because in recorded conversations, he boasted that he could easily flee to his native Turkey. Acar also told the informant that he could use computers to create fake D.C. birth certificates, Hibarger said.

Just an uncanny coincidence, I’m sure.

The world is more than a unifying conspiracy theory. Stuff happens. Criminal minds exist. Human nature, for better or worse, is what it is.

A muslim who forges birth certificates as part of Obama's inner circle?

I am sure the worthless bastards at CNN and MSNBC will be reporting this in the morning.

9 posted on 09/29/2009 12:03:03 AM PDT by Prole (Please pray for the families of Chris and Channon. May God always watch over them.)
[ Post Reply | Private Reply | To 1 | View Replies]
To: Red Steel
Until recently, the technology office was headed by Vivek Kundra, who has taken a job as President Obama's chief information officer. A White House official confirmed last night that Kundra has taken a leave of absence. 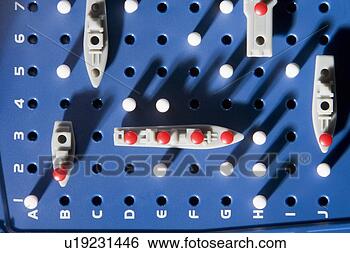 "Hit! You sank my battleship!"

Why, whatever for? /s

AWFUL handy for the Bummer eh? Orly or no Orly, the Bummer is going to have to show something someday.

D.C. is corrupt right up to the dome of Fenty’s head!

Yes indeed. How about Kenya?

On September 26, 2008, Acar told the CW [Cooperating Witness] that he had a large sum of money that he wanted to transfer overseas, and asked the CW if he had any overseas contacts who might be able to help him facilitate the transfer. After the CW indicated that he has contacts in Kenya,

Acar suggested that he open a bank account in Kenya using only a small amount of money. Acar stated that he thought he could transfer between $200,000 to $300,000 per month overseas once the account was set up. Acar suggested that he and the CW take a trip to Kenya in mid-October for the sole purpose of opening up this bank account. Acar offered to pay for the entire trip. • During the days that followed, Acar made efforts to secure a Visa for his anticipated trip to Kenya. Subsequently, on October 2, 2008, CW had a conversation with Acar where Acar again discussed taking a trip to Kenya for the purpose of opening up bank accounts.4

On or about November 7, 2008, Acar told the CW that he has the technical ability to log into approximately 120 different servers within the D.C. government. These servers include those contained at the Department of Motor Vehicles and at Treasury. In addition, Acar showed CW how he could log on to the server that is responsible for producing birth certificates for the District of Columbia.

Acar told the CW that with a birth certificate and a foreign passport, one could then obtain a social security number (SSN) by saying that they were born in the United States and moved shortly after their birth. Acar further explained that once a SSN is obtained, one can then apply for a passport application. The government is unaware at this time if Acar has

At the direction of the FBI Agents with whom he was working, CW was instructed to tell Acar that he (CW) could not take a trip with him to Kenya at this time. The CW did this, and the trip to Kenya was never taken.

GOVERNMENT’S MEMORANDUM IN SUPPORT OF DETENTION. A PDF file.

Doggone. The Kenya link would have been an amazing coincidence even in a Tom Swift story.

But it’s good that we have a trusted transparent administration now. /s

Aren’t you glad the experienced criminal, Holder, is now heading the Department of Justice? /s

And avowed commies and commie associates. It is what the democrat party has become.