#1 - A well regulated militia being necessary to the security of a free State, the right of the People to keep and bear arms shall not be infringed.

#2 - Forcing people into commerce so they can be regulated is unconstitutional. Repeal Obamacare! 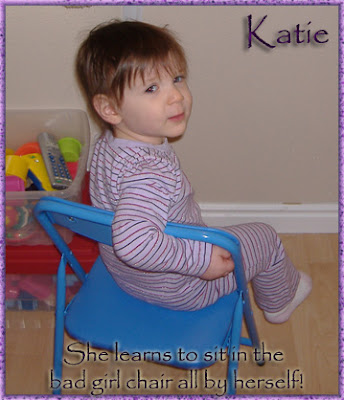 Yea that's me.
Domshead: The very infrequently posted to blog

Hello everyone who is visiting from pages covering my Operation Gunrunner Stimulus story.

I even remember back in February, 2009 when I saw Gunrunner in the stimulus package and in H.R.495 thinking to myself "what in the heck is Gunrunner? It's the ATF so whatever it is it can't be good."

I didn't know at the time, and neither did anyone else, that Gunrunner's offshoot "Fast and Furious" would directly lead to the deaths of Border Patrol Agent Brian Terry and Immigration and Custom Enforcement (ICE) Agent Jaime Zapata.

As I said in my original post something wasn't sitting right with it. There was something that I had seen once about it. I decided on 7/7/2011 to find out what it was that was bugging me.

I did a quick google search on my previous posts at Freerepublic using "gunrunner" and "Domandred" as key words and the thread about H.R.45 came up. In that thread just nonchalantly was my post showing $10 million to Project Gunrunner.

I hastily wrote what I found for my post, did some very poor self-proofreading, and hit post. The rest as they say is history.

I didn't really do anything, just pointed out something that everyone had forgotten about or missed from two years ago, in a bill that nobody read, but was passed anyways.

So the question becomes, as many bloggers have now asked: Who knew about Gunrunner to insert it's funding into the 2009 Stimulus Package?

I'll let someone else find that. I didn't mean to cause a stir, I just pointed out what was hidden in plain sight.

Thank you to all the well wishers. And thank you to the haters. You aren't famous till you have a liberal jihad against you.

Fifteen Principles Which Make For Good And Proper Government

As an Independent American for constitutional government I declare that:

(1) I believe that no people can maintain freedom unless their political institutions are founded upon faith in God and belief in the existence of moral law.

(2) I believe that God has endowed men with certain unalienable rights as set forth in the Declaration of Independence and that no legislature and no majority, however great, may morally limit or destroy these; that the sole function of government is to protect life, liberty, and property and anything more than this is usurpation and oppression.

(3) I believe that the Constitution of the United States was prepared and adopted by men acting under inspiration from Almighty God; that it is a solemn compact between the peoples of the States of this nation which all officers of government are under duty to obey; that the eternal moral laws expressed therein must be adhered to or individual liberty will perish.

(4) I believe it a violation of the Constitution for government to deprive the individual of either life, liberty, or property except for these purposes:

* Punish crime and provide for the administration of justice;
* Protect the right and control of private property;
* Wage defensive war and provide for the nation's defense;
* Compel each one who enjoys the protection of government to bear his fair share of the burden of performing the above functions.

(5) I hold that the Constitution denies government the power to take from the individual either his life, liberty, or property except in accordance with moral law; that the same moral law which governs the actions of men when acting alone is also applicable when they act in concert with others; that no citizen or group of citizens has any right to direct their agent, the government to perform any act which would be evil or offensive to the conscience if that citizen were performing the act himself outside the framework of government.

(6) I am hereby resolved that under no circumstances shall the freedoms guaranteed by the Bill of Rights be infringed. In particular I am opposed to any attempt on the part of the Federal Government to deny the people their right to bear arms, to worship and pray when and where they choose, or to own and control private property.

(7) I consider ourselves at war with international Communism which is committed to the destruction of our government, our right of property, and our freedom; that it is treason as defined by the Constitution to give aid and comfort to this implacable enemy.

(8) I am unalterable opposed to Socialism, either in whole or in part, and regard it as an unconstitutional usurpation of power and a denial of the right of private property for government to own or operate the means of producing and distributing goods and services in competition with private enterprise, or to regiment owners in the legitimate use of private property.

(9) I maintain that every person who enjoys the protection of his life, liberty, and property should bear his fair share of the cost of government in providing that protection; that the elementary priing that protection; that the elementary principles of justice set forth in the Constitution demand that all taxes imposed be uniform and that each person's property or income be taxed at the same rate.

(10) I believe in honest money, the gold and silver coinage of the Constitution, and a circulation medium convertible into such money without loss. I regard it as a flagrant violation of the explicit provisions of the Constitution for the Federal Government to make it a criminal offense to use gold or silver coin as legal tender or to use irredeemable paper money.

(13) I deem it a violation of the right of private property guaranteed under the Constitution for the Federal Government to forcibly deprive the citizens of this nation of their nation of their property through taxation or otherwise, and make a gift thereof to foreign governments or their citizens.

(14) I believe that no treaty or agreement with other countries should deprive our citizens of rights guaranteed them by the Constitution.

(15) I consider it a direct violation of the obligation imposed upon it by the Constitution for the Federal Government to dismantle or weaken our military establishment below that point required for the protection of the States against invasion, or to surrender or commit our men, arms, or money to the control of foreign or world organizations of governments.

These things I believe to be the proper role of government

You are an Anti-government Gunslinger, also known as a libertarian conservative. You believe in smaller government, states’ rights, gun rights, and that, as Reagan once said, “The nine most terrifying words in the English language are, ‘I’m from the government and I’m here to help.’”

Eagles soar, but weasels never get sucked into jet engines

Hope is the first step on the road to disappointment.

McCain's 'R' is a typo that has never been corrected.

Abortion is NOT therapeutic, miscarriage is NOT abortion

Tea Party or Third Party. Done with the capitulating eGOP.