A study by the Library of Congress found that the dismissal of President Manuel Zelaya of Honduras was legal and in full accordance with the Constitution.

The report, released by Rep. Aaron Schock, however, also contends that the removal of Zelaya of the country was not constitutional.

Read the full report (in English)

Manuel Zelaya was removed from power by pretending to reform the Honduran Constitution, on 28 June. In retaliation, the U.S. government suspended economic aid humanitära not suspended the issuing of visas, and canceled several officials, including President of Honduras Roberto Micheletti.

"In short, one of the foundations of the global community is to respect international laws," Schock said in a statement.

"The Congressional Research Service, a nonpartisan agency, concluded that the removal of President Zelaya was constitutional and we must uphold that finding. It is unacceptable that our government try to force Honduras to violate its own constitution by cutting foreign aid.

Schock recommended to resume U.S. and international assistance to Honduras, renew visas Honduran officials to cooperate with the Honduran government to send observers to the November elections, and recognize the legitimacy of such elections if held in a fair and impartial.

Because the report also argues that the removal of Zelaya of the country was not constitutional, Schock recommended that the Honduran government permits the exit of the Brazilian embassy Zelaya, recognize that his ouster was punishment enough for the steps he took and led to the actual facts, abandon plans to prosecute and issue a general amnesty for all involved in the recall.

Schock contends that as a private citizen, Zelaya was entitled to campaign for the candidate of their choice in the upcoming elections, but if it incites violence should be arrested and prosecuted.

Why does it only have two stars? I went there and gave it 5.

My gut says something is not right about this.

BOzo and Hillary sold out Honduras. I’m ashamed and embarrassed that Honduras is being treated this way by my country. When I was a kid, America stood up for freedom. Now we pah-tay with murdering, Islamofascist terrorists at the U.N.

I don’t understand this. Dismissal was okay but removal was not?????

Anyway, let’s see what Hillary has to say now.

He knew it was legal. He just didn’t care.

The business about amnesty is what worries me, unless amnesty means something other than what I know it means like perhaps something associated with a good sniper.

His Secretary of State is not too sharp either...

12 posted on 09/24/2009 7:06:55 PM PDT by SumProVita (Cogito, ergo...Sum Pro Vita. (Modified Decartes))
[ Post Reply | Private Reply | To 2 | View Replies]
To: HonCitizen
The report, released by Rep. Aaron Schock, however, also contends that the removal of Zelaya of the country was not constitutional.

But that's OK because he is now back in the country. LOL. 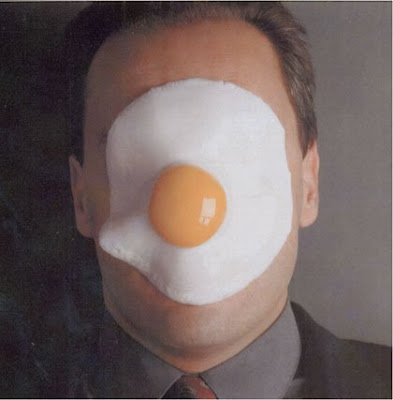 I should have wrote dumb ass AND fat ass.

Someone needs to call The Big Red Phone at the White Crib and explain to ‘Barry the Impotent’ how a constitution is supposed to work. I guess the Honduran Constitution became the Charter of Negative Liberties to take away the liberty of an errant future dictator.

They are wrong on that, from what I've read the law states deportation but not incarceration until he comes back into the country, they can then try him and send him to Prison. This guy broke the highest law in Honduras, their constitution, he should have been shot, but their law doesn't call for it. I think parts of this report were worded in order to kiss Bozo's a** and not make him look like a total Jackass.

If the man had stayed in-country, he would have caused a bigger mess. That seems like a matter of State security, and I say it WAS legal.

This is probably a way for Obama to save face. He has backed Zelaya the Tin Foil kook.

This whole Honduras/Zelaya thingy has been the perfect vehicle by which President Obama can complete and perfect his marginalization of Hillary.