BOISE, Idaho – A federal appeals court delivered a stinging rebuke Friday to the Bush administration's post-Sept. 11 detention policies, ruling that former Attorney General John Ashcroft can be held liable for people who were wrongfully detained as material witnesses after 9/11.

A three-judge panel of the 9th U.S. Circuit Court of Appeals said the government's improper use of material witnesses after Sept. 11 was "repugnant to the Constitution and a painful reminder of some of the most ignominious chapters of our national history."

The court found that a man who was detained as a witness in a federal terrorism case can sue Ashcroft for allegedly violating his constitutional rights. Abdullah al-Kidd, a U.S. citizen and former University of Idaho student, filed the lawsuit against Ashcroft and other officials in 2005, claiming his civil rights were violated when he was detained as a material witness for two weeks in 2003.

A three-judge panel of the 9th U.S. Circuit Court of Appeals...

How sad, how very, very sad.

Thank you Norms Revenge for posting this.

I always thought that Bush should issue a blanket pardon for all activities related to the war on terror. He saw who these people are, and they made no secret about their objective of conducting kangaroo courts.
I agree with the Scooter Libby and the Democrats, its George Bush’s fault.

An unusually outrageous decision. Makes one want to...., well I am not going to say it.

SNIPPET: “Abdullah Al-Kidd, a U.S. citizen and former University of Idaho student, filed the lawsuit in 2005, claiming his civil rights were violated when the government improperly used material witness laws to detain him for two weeks.

Al-Kidd said the investigation and detention not only caused him to lose a scholarship to study in Saudi Arabia, but cost him employment opportunities.”

Increasingly, it appears American are becoming too stupid to rule themselves when they allow such idiocy to occur.

.. the government’s improper use of material witnesses after Sept. 11 was “repugnant to the Constitution and a painful reminder of some of the most ignominious chapters of our national history.”

Many rulings of this same court might well qualify for the tag ignominious if it’s history we be reviewing.

One of the most overturned courts in the country

9th Circus. The most reversed circuit court in the federal system.

The ACLU National Office, in conjunction with the state affiliate, initiated a lawsuit last fall on behalf of a Muslim man who was unfairly detained and mistreated at the Oklahoma Federal Transfer Center during March of 2003. The case of Al-Kidd v. Sugrue was filed in the U.S. District Court for the Western District of Oklahoma to vindicate the rights of plaintiff Abdullah al-Kidd following harsh treatment he received while in custody at a facility supervised by defendant Warden John Sugrue.

The lawsuit is currently in settlement talks. This development follows a ruling favorable to the plaintiff by the federal judge in the case.

Al-Kidd, an African-American native of the United States, converted to Islam while he was in college. His parents, siblings, wife and child were all born in the United States. The FBI had contacted him several months prior to his detention in order to investigate a case in which al-Kidd was not a suspect but a potential material witness.

Edited on April 13, 2004 2:42:04 AM PDT by Jim Robinson. [history]
SPOKANE, Wash. (AP) — A former University of Idaho football player has been arrested as a material witness in an investigation of Islamic charities with possible links to terrorism, FBI agents said Tuesday.

Abdullah Al-Kidd, 30, was arrested Sunday at Dulles International Airport near Washington, D.C., according to two FBI agents who separately spoke on condition of anonymity. He was carrying a one-way ticket to Saudi Arabia, court documents show.

SNIPPET: “Al-Kidd was arrested in the investigation of two Islamic charities, the Michigan-based Islamic Assembly of North America and Help the Needy, an offshoot of the IANA.

The FBI wants information from Al-Kidd in the case of Sami Omar Al-Hussayen, who was arrested Feb. 26. Al-Hussayen, a Saudi doctoral student in computer science at the University of Idaho, was indicted last month. He is believed to have financed and administered Web sites for the IANA.

Court documents allege Al-Kidd or his wife, Nadine Zegura, received more than $20,000 from Al-Hussayen and his associates from March 2000 to November 2001.

Federal agents feared Al-Kidd might not have returned to testify if he had left the country, court documents said.”

As good as the overturn rate...

2007: "The Supreme Court reviewed 22 cases from the 9th Circuit last term, and it reversed or vacated 19 times."

Hey, if a past Attourney General can be prosecuted for his work, then the next can also after their time is up. It’s a Brave New World you are making Progressive/Liberals - what if things swing the other way - DOH! 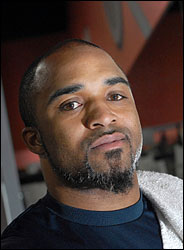 Abdullah al Kidd, who was born in Kansas and was a star running back at the University of Idaho, (ACLU) filed suit last year for what he says was "a gross abuse of the government's power" in arresting him.

Mr. al Kidd, who was known as Lavoni T. Kidd before he converted to Islam, spent 16 days in detention in three states in 2003, some of it shackled hand and foot. That was followed by 14 months under court supervision. Mr. al Kidd was not charged with a crime, and he was not called to testify, though a government affidavit said he had information "crucial to the prosecution" of another man. Mr. al Kidd said in a recent interview that his arrest and detention shattered his marriage and destroyed his career. He now drives a cab in Las Vegas.

"I call it social assassination, really," Mr. al Kidd said. "It's just basically taken me out of a lot of opportunities and placed me into a small box. I'm not doing anything my heart actually desires."

Mr. al Kidd, who had apparently attracted the government's attention after pursuing religious studies in Yemen, was interviewed repeatedly by the F.B.I. in 2002. He never missed an appointment, his lawsuit says. Yet, after a six-month lull and with no warning, he was arrested at Dulles International Airport in Northern Virginia on March 16, 2003, as he tried to board a flight to Saudi Arabia to pursue a doctorate in Islamic studies.

Magistrate Judge Mikel H. Williams of the Federal District Court in Boise, Idaho, authorized the arrest, based on an affidavit from Special Agent Scott Mace of the F.B.I. "Kidd is scheduled to take a one-way, first-class flight (costing about $5,000)," the affidavit said.

Lee Gelernt, a lawyer with the A.C.L.U.'s Immigrants' Rights Project, which represents Mr. al Kidd, said his client's case "crystallizes the question of whether we as a nation are going to allow preventive detention." Holy Cow,,, The 9th U.S. Circuit Court has heard of The Constitution of The United States of America?

19 posted on 09/04/2009 3:11:58 PM PDT by TYVets (LetÃ‚Â’s Roll!!! The leadership of the GOP has no spine and no guts, but we conservatives do)
[ Post Reply | Private Reply | To 1 | View Replies]
To: NormsRevenge
The ruling was the latest legal development in a saga dating back to 2003, when al-Kidd was standing in the Dulles International Airport and surrounded by federal agents as he prepared to study in Saudi Arabia on a scholarship. The Kansas-born husband and father of two was held for two weeks before being extradited to Idaho and released to the custody of his wife by a federal court judge.

The incident happened at Dulles Airport in Maryland. The guy was born in Kansas. Other than having gone to college in Idaho, what is the Ninth Circuit court's jurisdiction in this case? Why didn't the DC Circuit, or the Third Circuit, hear this case, or even his home Tenth Circuit?

20 posted on 09/04/2009 3:17:30 PM PDT by Political Junkie Too (Comprehensive congressional reform legislation only yields incomprehensible bills that nobody reads.)
[ Post Reply | Private Reply | To 1 | View Replies]
Navigation: use the links below to view more comments.
first 1-20, 21-37 next last