A Tale of Two Leaders: Obama vs. Bibi (ILLUSTRATED)

Benyamin Netanyahu was born in Tel Aviv, Israel in 1949, a year after the state of Israel declared independence.

Barack Hussein Obama may or may not have been born in Hawaii, United States in 1961. Kenya is not part of the United States.

In his early years, Bibi served as a captain in the Sayeret Matkal reconnaissance unit of the Israeli Defense Force. 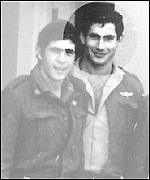 In his early years, Obama says he did marijuana, cocaine and booze.

Bibi’s brother, Yoni, (who attended Harvard) was wounded in the 1967 War and later killed during the raid on Entebbe. Obama’s brother, George, lives in a shack in Nairobi. In January he was arrested for drug possession. 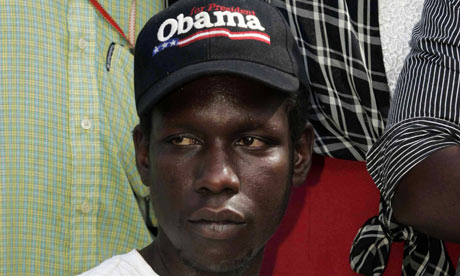 Bibi attended MIT, and later received a Masters from the Sloane School of Management. 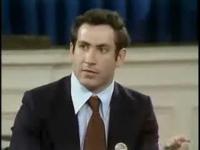 Obama attended Occidental College and Columbia, deciding five years after graduating to attend Harvard Law School. During the years in between he was a community organizer in Chicago.

Bibi has been elected to serve in the Israeli Knesset since 1988, and was elected Prime Minister in 1996, and again in 2009. He has also served as head of the Likud party for much of the time since 1993 and as Finance minister.

Obama was a state senator before being elected to the U.S. Senate in 2005. Three years later he ran for, and was elected president of the United States.

Benyamin Netanyahu is fluent in English and Hebrew and he is considered a powerful speaker with a beautiful voice.

On occasion, Bibi, who is Jewish, will include Biblical quotes in his speeches, like: “G-d will give might to His people, G-d will bless His people with peace.” (Psalm 29) On occasion, Obama, who says he is not muslim and that Jeramiah Wright is not his pastor, will include quotes from what he calls the “holy Koran” like: “"Be conscious of God and speak always the truth." 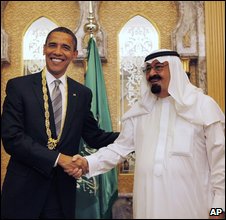 Bibi lives with the daily threat of war, the frequent reality of war, and is surrounded by enemies who seek the annihilation of Israel and the Jewish people.

Barack Obama lives with the daily threat of harsh words from left-wing supporters, slipping poll numbers, and the disapproval of muslim leaders around the world.

In Egypt last week, Obama declared that the Israelis must stop building in the settlements and must accept a "two state" solution.

This Sunday, Bibi will have to decide: will he follow the orders of Obama and the arab nations or stand strong and defend Israel. What will it be, Bibi?

TOPICS: Israel; Your Opinion/Questions
KEYWORDS: article2section1; barackobama; bho44; bhomiddleeast; bibi; bibinetanyahu; birthcertificate; birthers; certifigate; colb; israel; naturalborn; netanyahu; obama; obamanoncitizenissue; showdown Navigation: use the links below to view more comments.
first 1-20, 21-40, 41-60, 61-72 next last
Last time he was Prime Minister, Bibi flopped on Chevron. He has been given the opportunity again to stand strong and support his rhetoric with actions. Will he do it?
1 posted on 06/12/2009 7:04:25 AM PDT by Cinnamon Girl
[ Post Reply | Private Reply | View Replies]
To: Cinnamon Girl

Thanks for the pictures! Bibi is so *very* easy on the eyes ;-). I was thinking of Yonatan Netanyahu (among others) when we named our new baby Jonathan.

Would love to see Bambi vs. Bibi in a bare knuckle fight. Charge $25 a head and fill theaters with a simulcast. I’d pay to see Barry get his ass handed to him!

Mazel tov on your new sweetie. Like Dick Cheney, Bibi is hot because he is very masculine and exudes power.

Yes, and because of his demonstrated good character.

BiBi’s path is pretty clear. As it is highly unlikely that Israel will elect a more patriotic, more pro-Israel leader, it will be left to Bibi whether the nation survives or is destroyed by Iran/Saudi Arabia/B. Hussein Obama. Pressure on the Israeli PM? Well, not really. He has just two choices for his nation...life or death. Fight and Israel has a chance to survive. Knuckle under to a thug like Obama and his big money Saudi contributors, and Israel dies. Not very complex, is it?

Another thread had a report of Bibi is now supporting a 2-state solution. let’s hope he stays strong and resists uh-bama’s “persuasion”.

Did he blink Bibi?

Obozo, what a boob.

Bibi has the stuff, and his allegiance is to a higher authority.

Wow! One of the best pictorial essays I have ever seen on FR.

13 posted on 06/12/2009 7:32:43 AM PDT by maica (Politics is not about facts. it is about what politicians can get people to believe. - Thomas Sowell)
[ Post Reply | Private Reply | To 1 | View Replies]
To: Cinnamon Girl
Great post! I'm sure Obama and his thug politico's are putting huge pressure on Bibi should he disagree with them. I.e., abandoning military support & resources if Israel fails to stop building, etc.

The question then becomes, if Bibi defies BO and BO abandons Israel...will it cost BO & the dem's?

What a difference between two men, in every way. I agree with you about how handsome Bibi was and how distinguished he remains even today. He is a statesman. Prayers for Israel.

That was an excellent visual illustration. Thanks!

Absolutely. Dick Cheney is a REAL man. I loved Cheney. Obama just strikes me as a wussy.

Everyone knows it, including Obambi...

One is a hero to his country and countrymen, the other an assclown.
I am ashamed having obamma lamma ding dong the turd as my “leader”.