Roughly 12,900 years ago, massive global cooling kicked in abruptly, along with the end of the line for some 35 different mammal species, including the mammoth, as well as the so-called Clovis culture of prehistoric North Americans. Various theories have been proposed for the die-off, ranging from abrupt climate change to overhunting once humans were let loose on the wilds of North America. But now nanodiamonds found in the sediments from this time period point to an alternative: a massive explosion or explosions by a fragmentary comet, similar to but even larger than the Tunguska event of 1908 in Siberia.

Sediments from six sites across North America—Murray Springs, Ariz.; Bull Creek, Okla.; Gainey, Mich.; Topper, S.C.; Lake Hind, Manitoba; and Chobot, Alberta—yielded such teensy diamonds, which only occur in sediment exposed to extreme temperatures and pressures, such as those from an explosion or impact, according to new research published today in Science.

The discovery lends support to a theory first advanced last year in that some type of cosmic impact or impacts—a fragmented comet bursting in the atmosphere or raining down on the oceans—set off the more than 1,300-year cooling period in the Northern Hemisphere known as the Younger Dryas for the abundance of an alpine flower's pollen found during the interval.

The cooling period interrupted an extended warming out of an ice age predicted by slight changes in Earth's orbit (known as Milankovitch cycles) that continues today. And it remains an unexplained anomaly in the climate record.

But a series of cometary fragments exploding over North America might explain a layer of soil immediately prior to the cooling containing unusually high levels of iridium—an element more common in cosmic wanderers like meteoroids than in Earth's crust. Paired with the fact that this layer occurs directly before the extinction of at least 35 genera of large mammals, including mammoths, it is strong circumstantial evidence for a cosmic event.

"Very strong impact indicators are found in the sediments directly above, and often shrouding in the case of Murray Springs, the remains of these animals and the people who were hunting them," says archaeologist and study co-author Doug Kennett of the University of Oregon in Eugene, the son in the father–son team helping to advance the new impact theory. "Is it a comet? Is it a carbonaceous chondrite? Was it fragmented? Was it focused? Based on the distribution of the diamonds, it was certainly large scale."

Preliminary searches further afield—Europe, Asia and South America—have turned up similar minerals and elements in sediments of the same age, Kennett says, and his own work on California's Channel Islands tells a tale of a massive burn-off, followed by erosion and a total change in the flora of the region.

"It's consistent with a fragmentary body breaking up with air shocks and possible surface impacts in various parts of North America. It could be above the ice sheet or offshore in the ocean," he says, explaining why no impact crater(s) has been found to date. "Immediate effects on the ground include high temperatures and pressures triggering major transformations of the vegetation, knocking trees over but also burning."

And that would make the climate shift of the Younger Dryas a closer cousin to the massive asteroid impact that wiped out the dinosaurs 65 million years ago. "This is an event that happened on one day," Kennett notes. "We're going to need high-resolution climate records, archaeological records, paleontological records to try to explore the effects." DEEP IMPACT?: This 40 centimeter band of dark sediment uncovered at Murray Spring, Ariz., may indicate a cosmic impact or explosion that kicked off a period of global cooling and a mass extinction in North America.
Courtesy of Doug Kennett

2 posted on 01/02/2009 6:04:39 PM PST by SIDENET ("It was a different time, you understand." - Wallace "Suitcase" Jefferson)
[ Post Reply | Private Reply | To 1 | View Replies]
To: neverdem
Various theories have been proposed for the die-off, ... overhunting once humans were let loose on the wilds of North America.

Never made much sense to me. This would require a truly massive human population for a hunter-gatherer economy. There just isn't really any evidence of so many people being around then.

SCIAM’s version and a link to the abstract

You know... lipstick on that thing... it makes me ask, WHY? Is the lipstick going to make anything better?

In the second report, John Alroy of the University of California at Santa Barbara describes a computer simulation of the end-Pleistocene megafaunal extinction in North America showing that even low levels of human hunting would have driven the Ice Age behemoths out of existence. Importantly, the simulation, which assumes a slow human population growth rate and low maximum hunting efforts, correctly predicts the fate of 32 out of 41 megafaunal species. These findings, Alroy argues, show that in fact anthropogenic extinction was unavoidable. "The overkill model thus serves as a parable of resource exploitation," he concludes, "providing a clear mechanism for a geologically instantaneous ecological catastrophe that was too gradual to be perceived by the people who unleashed it."

I never heard of it before either. Never get surprised by a Malthusian with a computer model.

Thanks for the pic. Happy New Year!

The problem with this theory is that many of the same species survived just fine in Asia. Why would humans exterminate megafauna in N. America but not in Asia?

10 posted on 01/02/2009 6:26:32 PM PST by Sherman Logan (Everyone has a right to his own opinion, but not to his own facts.)
[ Post Reply | Private Reply | To 6 | View Replies]
To: SIDENET
You really don't mind ruining everyone's evening, do you? Instead of posting Maddie's photo, you could have posted a photo of her separated by birth brother, which isn't nearly so upsetting: 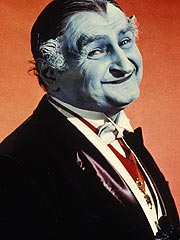 Speaking of cosmic stuff, is there anyone here that did not know that Voyager 1 is still operational and is currently in interstellar space and approaching the heliopause which is outside out our star system?

Well of course not. Didn’t you know that the Bible tells us the Earth is just 6,000 years old?

13 posted on 01/02/2009 6:40:31 PM PST by gracesdad
[ Post Reply | Private Reply | To 1 | View Replies]
To: neverdem
Obviously the second ice age was caused by early man's campfires, it could have been avoided by the taxation and regulation of firewood supplies,

when will we ever learn “Blast from the Past.” — mea culpa, should have edited that out.

Here’s the list of topics about this, all are worth checking out over the next couple of, well, weeks, months, whatever is required. ;’)

Terrestrial Evidence of a Nuclear Catastrophe in Paleoindian Times
Mammoth Trumpet | March 2001 | Firestone/Topping
Posted on 07/24/2006 3:03:03 AM EDT by ForGod’sSake
http://www.freerepublic.com/focus/news/1671134/posts

Red lipstick on anyone has never made sense to me.