This usually pro-Obama lady really calls out her own.

"She's also a governor of Alaska (my home state), the first woman in that office and the youngest elected in state history. She has an 80-plus percent approval rating. She has turned the state upside down with her reformist zeal and has made enemies of the Republican establishment. And she can talk energy policy, one of the biggest issues facing this country. Is she a gamble? Definitely. But so is Barack Obama, who has himself dismissed experience as a prerequisite for leadership, despite his spot atop the Democratic ticket. At this point, Palin is so unknown, there's no way to make a clear judgment about her. But listening to Obama supporters take to the airwaves to shriek with indignation about her lack of experience is just a little too rich. Where were they when Obama, two years into the Senate, announced his candidacy for president?"

She nailed it in this article.

Kirsten Powers is one of the classiest Democrats on TV. She is almost always a fair minded commentator. Not to mention she is gorgeous!

Not bad for Kirsten, who is usually baring her fangs at Sean Hannity whenever he criticizes her beloved Obama.

I mean, when K-Pow smiles, it’s not a smile.

You will see a lot of female journalists take umbrage at the MSM/Obamaist attacks on Palin. This should be fun.

This is indeed an encouraging sign. Hopefully an indication of things to come, depsite the MSM efforts to spin this as a wreckless, desperate gamble.

I guess they have had their Multiple Obasms and now want to move on.

Very attractive, I'd marry her and become a Democrat learn to keep my mouth shut.

I find it much more scary that Pelosi is two-heart beats away from the Presidency.

Worrying about her having a baby in the White House???

I had the impression that Powers was a Hilde Gal, but her position as “Democrat Spokeswoman” meant she had to speak about the topic at hand which is normally Obama.

A key thing for Sarah Pallin to really make an impact is for a sort of empathy to occur wherein she is seen as “One of Us” among middle class women who are more then likely professionals, if that happens turn out the lights, the election is over. 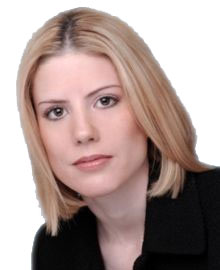 16 posted on 08/30/2008 7:50:37 AM PDT by Puppage (You may disagree with what I have to say, but I shall defend to your death my right to say it)
[ Post Reply | Private Reply | To 5 | View Replies]
To: dascallie
Ferraro told me she's excited for another woman to be on a presidential ticket. She sees Palin as a risky choice - but also dismissed the idea that she's unqualified.

And she rejected the idea that all the so-called "Hillary voters" would be repelled by Palin's staunch anti-abortion views. These voters know the Senate will have a veto-proof Democratic majority, so that lessens the potency of that issue.

Thank you Geraldine, for pointing out to Pubbies and conservatives everywhere, that there is more to this election than just the top job.

If we keep the WH but don't change any seats in Congress, then we have accomplished very little.

Wow. This is a shocker coming from Kirsten. She’ll now be on the black list of every dem for voicing an opinion that doesn’t tow the party line. Good for her.

The fact that Palin knows her way around an oil derrick is not to be taken lightly. With oil and the need for it chart topping people’s list of problems, her knowledge here will come in handy, if McCain will listen.