Dallas County Sheriff Lupe Valdez claims she is the target of Republicans who oppose change and want to get back at Democrats.

With the 2008 general election still 15 months away, the Dallas County sheriff’s race already is showing signs of getting nasty.

Local Republicans, still reeling from the results of November 2006, have taken square aim at Democratic Sheriff Lupe Valdez, who in 2004 became the first member of her party to capture the post in 30 years.

And Valdez — also the first woman, the first lesbian and the first Hispanic to serve as Dallas County sheriff — isn’t backing away from a fight.

“The comment has been, ‘She’s the one who started it, we’ve got to bring her down to prove it’s not happening,’” Valdez said, referring to Republicans’ reaction to recent Democratic gains. “I’m the target, and what happens when you’re the target? They will find anything and everything. When people are desperate, they will do anything to get back to where they were, and I think desperate measures will come out. We just have to be ready to meet the challenge.”

As for right now, the challenge may seem a little daunting.

Republicans and other opponents have seized upon recent media reports detailing issues related to Valdez’s department.

“It’s really a poor situation,” said Mark Walz, executive director of the Dallas County Republican Party. “Lupe Valdez has done literally nothing to address the problems at the jail. She has completely mismanaged her prisoners, her budget and her staff, and it’s clear to everyone in Dallas County that the sheriff’s department needs new management.”

“Anything is better than the current sheriff, and we will definitely have a well-qualified and well-funded Republican candidate who can take back the sheriff’s department and put it back in order,” Walz said.

In an interview with Dallas Voice on Wednesday, Aug. 8, Valdez addressed several of the recent media reports specifically. In general, she said she’s been forced to deal with a the mess she inherited from previous administrations in the face of inadequate funding from the Commissioners Court.

She also said there are many who would prefer to keep the status quo.

“We continue to make progressive changes,” she said. “Is there a group that doesn’t want this? Of course. Any change brings about resistance.”

Perhaps the most vicious attack against Valdez thus far came in the form of Dallas County Republican Party Chairman Kenn George’s recent post on the party’s Web site. The post compared Valdez to former Precinct 5 Constable Mike Dupree, who resigned in June amid allegations of sexual harassment and pleaded to a misdemeanor charge of abusing his official capacity.

“From Constable Mike Dupree to Sheriff Lupe Valdez, the Democrats’ record on law enforcement in Dallas County is disgraceful,” the post read. “We have tried repeatedly to warn voters about the dangers of electing unqualified and unprincipled Democrats to important county offices.”

Kirk McPike, Valdez’s campaign manager, said he believes the post was designed to draw attention to the fact the sheriff is a lesbian. Dupree is gay.

During her campaign four years ago, Valdez was criticized by both her Republican opponent, Danny Chandler, and the ultraconservative Eagle Forum as being likely to promote a “prohomosexual agenda.”

“It is so obvious on its face that they are trying to appeal to sort of an anti-gay mindset with these quotes and these personal attacks,” McPike said of George’s post. “I think it’s really indicative of where the Republican Party is in Dallas County and nationally that this is all they have left. It’s really sad.”

Salz, meanwhile, defended the post, saying it has nothing to do with Valdez’s sexual orientation.

“I think that if you look at it, the local Democrats’ track record in our justice system is a joke, and they’re the two most shining examples of why you need change,” Salz said. “Her campaign manager is incorrect.”

As for Valdez, she said she is unsure whether the fact she’s a lesbian will again be an issue in the race.

“I don’t know what the homosexual agenda is,” she said. “My agenda is fairness and equality and law enforcement for all people.”

Is she making straight cops go to homosexual parades to represent the dept?

Oooooh! A three-fer!!. Does she walk with a limp? We could add "first handicapped" to the list if she does.

This article is fairly meaningless without any statistics to support either side. Have crime rates increased or decreased under her tenure? Emergency response time? Morale among deputy sheriffs?

And Valdez — also the first woman, the first lesbian and the first Hispanic to serve as Dallas County sheriff

All those firsts and what gets mentioned in the headlines?

“I’m the target, and what happens when you’re the target? They will find anything and everything. When people are desperate, they will do anything to get back to where they were, and I think desperate measures will come out. We just have to be ready to meet the challenge.”

Sorry, but all incumbants are “the target”. No whining.

“As for Valdez, she said she is unsure whether the fact she’s a lesbian will again be an issue in the race.”

Nah, considering the headline of this article, the fact that she is a lesbian will not even be known.

Her election campaigh was a lick anna promise! 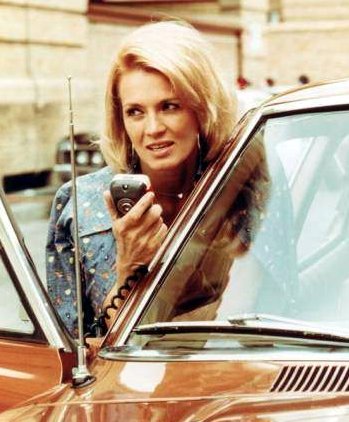 She wins the EEOC trifecta! If she were also a handicapped midget she would have to be crowned queen of Dallas!

I remember an old cartoon which had someone like that as michael dukakis’ perfect running mate. (then he picked ferraro)

Don’t lump us gimps in with the pimps dude. : )

I believe she was formerly with the FBI.

I wonder who took her eyebrows? I wonder if the local police artist pencils in those eyebrows each morning.

As an aside, I thought it was AUH2O in 64. My first presidential vote went for Barry.

We may not want to know how she keeps them rubbed off.

WTF is with her eyebrows ? Shaved off and drawn on ? Reminds me of the lunch counter ladies at my school back in the ‘70s. Still gives me nightmares.

“first woman, the first lesbian and the first Hispanic to serve as Dallas County sheriff “

The perfect victim — she should be able to get away with almost anything. If she turns out to be an illegal alien, the “almost” will disappear.