I haven’t written my regular column for a long time, but my excuse is rock solid. I’ve been too busy to write

Three absolutely extraordinary things happened in the last week – well, stretch that – a week and a half. One I’ll save for another column, because it deserves its own space and details need to be filled in. The others are election night on 2 May, and 4 - 8 May, which was spent in Bermuda.

Start, of course, with politics. Going into the Republican primary against eight-term incumbent, Charles Taylor, I knew my own campaign was limited. Better than anyone else, I knew how few dollars I had, how few volunteers, and how limited my outreach was in the two months since I declared. I can admit this now: I was worried that my results might be in single digits, which would have been a gross embarrassment, and would have buried me as a serious contender for anything above Dog Catcher.

Instead, as we sat down to read the returns by the State Board of Elections, the first results at 8:08 p.m. showed me drawing 23.6% of the vote. I thought that was either an error, or it came from a county where I was doing unusually well. Neither was the case.

The unofficial totals show Taylor receiving 80% to my 20% of 33,932 votes cast. The local and national press called that “easily handling” or “trouncing.” As usual, the press are clueless. Political veterans in the District had told me “if you draw 20%, Charlie Taylor is finished.”

Here’s why the veterans are right, and the reporters wrong. The 11th District in NC is 41% Democrats, 36% Republicans, and 23% “Declines” (those claiming no party membership). At the national level, the District consistently votes Republican for House, Senate and President, because many of its Democrats are like Zell Miller – highly conservative. But a Republican who alienates one-fifth of his base is in deep trouble.

It is clear that Taylor is doing that. In his home County – Transylvania – I drew 22%. There is still more bad news yet to come out about Charles Taylor. It is still possible he may be forced to drop out, and I will be in the running to replace him. More details on this are on my website.

The third great adventure this week was our trip to Bermuda. The daughter of lifelong friends, John and Pam Corckran, just got married in that island nation. No, it was not a matter of splashy excess to hold the wedding there. The bride’s mother is Bermudan, and so is the groom. The wedding was held in a church whose first building was erected in 1623, as I recall. The reception was held at the beach. The weather was perfect.

There was even one detail I’ve never seen at any other wedding. An impressive fireworks display. There was no warning. Burst charges simply started going off above the tent. The bride’s father said it was his idea. He wanted fireworks, but everyone got to enjoy them.

And then there was Bermuda itself. I’d been there once before, a quarter century ago. I still remember a Bermudan bobby, resplendent in his British-style uniform, telling me to keep my shirt buttoned over my bathing suit when I wasn’t on the beach itself. Then, I thought Bermuda was a bit too stuffy.

But now, I’ve been to many resort locations. Bermuda is the class of the field. It’s like sailing first class but paying ordinary fares. Well, maybe a touch above ordinary. The people of Bermuda have exceptional warmth. They really do go out of their way to make every visitor feel welcome. And, of course the nearly universal British accent kicks things up a notch.

I offer this flat-out recommendation: Whether you are thinking about a honeymoon, or you simply want to spend a few days surrounded by beauty and luxury, and having the cares of the workaday world melt away like a morning mist in August, Bermuda offers what you seek. Michelle and I guarantee that your “interpersonal relationships,” as a family newspaper would put it, will benefit greatly. We will go back to the precise place we stayed on this trip, even though we picked it just for convenience to the wedding events on the north end of the island.

E-mail me if you are seriously interested in detailed recommendations. Mind you, none of what I’ve said was prompted by the Bermuda Tourism Council. Nor was any of it affected by the TV interview of us that Channel 11, the NBC affiliate, shot and broadcast on the second day we were there. But that’s part of the other story, which will wait a bit.

About the Author: John Armor still might be a candidate for Congress in the 11th District of North Carolina. John_Armor@aya.yale.edu

TOPICS: Your Opinion/Questions
KEYWORDS: bermuda; charlestaylor; gopprimary; johncorckran; transylvania; zellmiller Navigation: use the links below to view more comments.
first 1-20, 21-23 next last
Neither subject is a barn-burner for FreeRepublic folks. Still, here are two things of slight interest.

I guess the dead really are going to vote for him.

Hi, why would Charlie Taylor possibly be dropping out?

I'm very uninformed about that issue and I apologize about that. If you could give a brief reason, that would be great. I would guess a crime was committed maybe?

I hope you do make an upset along the way to victory.

Nice to read a well written 'human interest' story for a change, John. Congrats on getting so many votes. If North Carolinians knew you like we at FR know you, you'd be stuck living in the DC area ... so things aren't so bad big fella.

And can he campaign during daylight hours??

6 posted on 05/11/2006 7:38:05 PM PDT by Tribune7
[ Post Reply | Private Reply | To 3 | View Replies]
To: Congressman Billybob
I take it that your opponent was not Charles Taylor, the Liberian warlord, but another Charles Taylor closer to home. 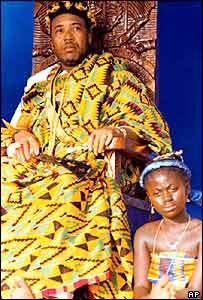 permit me to introduce myself . . .

Haha.. that's the Charles Taylor I was thinking about also. Good going John.

Good job! Hang in there and keep up the good fight. Post your donation website too. I didn't think Thune had a chance either, but he won! Must have been the $5 I sent him, so I'm a good luck donor.

11 posted on 05/12/2006 3:02:34 PM PDT by conservatism_IS_compassion (The idea around which liberalism coheres is that NOTHING actually matters except PR.)
[ Post Reply | Private Reply | To 1 | View Replies]
To: Congressman Billybob
Thanks for your Bermuda snippet - I TOTALLY agree with you . Bermuda is paradise. It is the platonic ideal of paradise. I've been there a dozen times - my husband and I are cruising there this year, and my dream is to retire there...if I can ever afford it.

If you stayed in St. George's, you certainly didn't experience the best of the island, IMO (although it is impossible to find a negative location in Bermuda; I just am not a major St. George fan). I've stayed all over the island, but my favorite, by far, is the Willowbank in Somerset.

12 posted on 05/12/2006 3:27:56 PM PDT by M. Thatcher
[ Post Reply | Private Reply | To 1 | View Replies]
To: M. Thatcher
We stayed at the Grotto Bay Beach Resort, and it was absolutely idyllic. I have driven scooters all over the Island, and I agree with you that there isn't a really bad place to stay anywhere there. I also heartily recommend the Swizzle Inn, home of the original Run Swizzle, for food, music and camaraderie.

Hey, cool. And interesting about Bermuda. I don't fly, and we live in S. FL. I think we can actually take a boat there. Something to consider. Or is that the Bahamas? Guess I'd better get a map out.
susie

Bermuda and Rum Swizzles, pleasant memories for my husband and me.....also


lead to an increase in the size of our clan. lol

Bahamas are close to FL. Bermuda is in the middle of the Atlantic, mas o menos. Yes you can take a boat to Bahamas. I fly there in a small single-engine plane, but obviously flying holds no fears for me.

There are many islands un the Bahamas chain which vary widely. You could spend a lifetime exploring them. (Some are private, and if you get my drift, some are very private -- best given a wide berth).

Bermuda is all John says. I haven't been there in years because the airport only carries jet fuel and they take a dim view of illegal immigrants with no way to get home.

Same reason Bob Ney'll be dropping out of his race -- that would be my guess.

Yeah, someone mailed me the reasons regarding possible crimes.
The only question was weather they would procede before the election to avoid another election again.

you didn't fall off the moped?

19 posted on 05/19/2006 5:12:10 AM PDT by ken5050 (GWB, Reagan, Thatcher, Pope John Paul II, freed hundreds of millions.# of Nobel PeacePrizes: ZERO)
[ Post Reply | Private Reply | To 1 | View Replies]
To: ken5050
Nope, I didn't "fall off the moped." As the article describes, I am still in the hunt for the Republican nomination for Congress in the 11th District, if the incumbent, Charles Taylor is indicted (which is a very real possibility). Click the article for more information.

If I become the replacement Republican candidate, I will immediately be the odds-on favorite to win the general election over the Democrat candidate, former quarterback, Heath Shuler.