LONG BEACH - A male fish off the Southern California coast is getting in touch with its feminine side. And that has some scientists worried.

Kevin Kelley, a professor of environmental endocrinology at Cal State Long Beach, is part of a team studying a species of male flatfish in Southern California waters that has been found to have high levels of estrogen, which appear to be causing feminization.

Kelley and other researchers believe that the treated wastewater draining through underground pipes into waters off Santa Monica, Huntington Beach and the Palos Verdes Peninsula contains human estrogen hormones expelled in human urine.

Although wastewater treatment plants remove contaminants, they aren't equipped to remove estrogen, so the hormone is released into waters and attaches to sedimentary particles, Kelley said.

Kelley and other researchers say that the hornyhead turbot, which feeds on animals in the sediment, could be ingesting estrogen.

There are clear signs that male hornyhead turbot have been affected. Kelley and other researchers found that, probably due to high estrogen levels and other contaminants, some males are producing a protein that females make to build up egg yolk.

In another, more limited study by several agencies, scientists found 11 out of 82 male hornyhead turbot collected off the Southern California coast had small eggs growing in their testes.

How this feminization is affecting the life of the fish isn't yet clear, he said.

"We don't know all the impacts yet, but males aren't supposed to be producing this (protein)," he said. "And if nothing else, (the male fish) are expending inappropriate energy, making something that they can't use, and it may cause who knows what other kinds of physiological problems."

Kelley and CSULB students conducted chemical tests on the fish at a CSULB lab. They worked with investigators from the Orange County Sanitation District and the City of Los Angeles Bureau of Sanitation.

Researchers don't know exactly how much estrogen is being leaked into Southern California waters, he said. But other international studies have clearly shown that the human hormone can find its way into oceans in high enough quantities to induce feminization in male fish, Kelley said.

The CSULB lab has received a USC Sea Grant to measure estrogen flow into the area.

Further contributing to feminization, the chemical fertilizer DDT acts like estrogen, he said. The chemical was dumped into waters by industry decades ago, Kelley said. DDT has since been banned, but it persists in the environment, he said.

The big question, Kelley said, is whether there are elevated estrogen levels in other fish that humans eat (Hornyhead turbot are not consumed). Kelley and other researchers plan to study the pacific sand dab, which humans eat, to see if estrogen could be making its way into the bodies of human seafood lovers.

"We are only touching the tip of the iceberg right now," he said. "We don't know yet what the greater impacts are, but for the first time we have identified some serious changes in wildlife."

Eliminating estrogen and other hormones from the wastewater stream is a tough task, he said.

"It's very difficult to remove them, and it would come at an enormous public cost," he said. "But it may be something that people someday might want to look at."

....scientists found 11 out of 82 male hornyhead turbot collected off the Southern California coast had small eggs growing in their testes.

Now that is scary!

FReepmail me to be added or removed to the ECO-PING list!

I wonder what the estrogen levels are in the San Francisco drinking water? That might explain a lot...

the other thing that is scary is all of the soy products that we eat all the time.

The land of fruits and nuts!

What do you me We?

Hey, wait a minute. Doesn't Pissant live on the Pacific coast? And isn't he a big fish eater (pissant, please refrain from the obvious)? Does this explain some of his posts?
9 posted on 11/28/2005 6:57:40 AM PST by Maximus of Texas (On my signal, pull my finger)
[ Post Reply | Private Reply | To 7 | View Replies]
To: GreenFreeper

"the hornyhead turbot, which feeds on animals in the sediment, could be ingesting estrogen."

Can you ping your list for the Hornyhead Turbot? 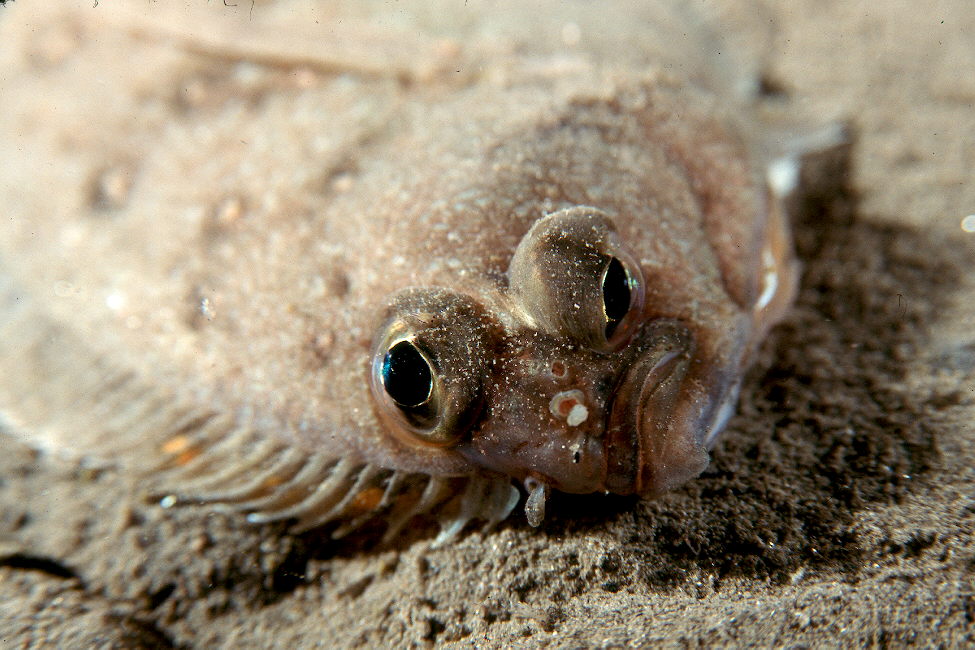 I would think that one would have to already have brain atrophy in order to consider consuming tofu. Nasty stuff, that tofu....and yes, I've tried it. Yukko!

16 posted on 11/28/2005 7:23:13 AM PST by Thermalseeker
[ Post Reply | Private Reply | To 8 | View Replies]
To: GreenFreeper
....scientists found 11 out of 82 male hornyhead turbot collected off the Southern California coast had small eggs growing in their testes.

Not necessarily. Do these scientists have a historic baseline for the normal condition of hornyhead turbot indicating that this condition is unusual for that species?

It would seem sexual plasticity, or at least its potential, may not be uncommon in fish. This could well be more eco-fear-mongering.

So THIS explains all those girly-men living in, and around, the Santa Monica area.

True, fish are fairly plastic organisms, even in terms of sex. But as your quote said it often "determined by a combination of internal and external signals." Estrogen mimics seem like pretty good signals to me.

Further, there seems to be a ton of research on the hornyhead turbot and none i can find historically document any signs of feminization (not to say it didn't occur). Here is an older paper that makes no mention of it Aspects of the Life History of Hornyhead Turbot, Pleuronichthys verticalis, off Southern California and cites that they are heavily monitored due to their accumulation of metals and chlorinated hydrocarbons.

I don't. Soy sauce a few times a year, that's it. Used to eat tofu a lot and gave it up.