A new grammar rule devised by the European Union in Brussels stipulates the word "Christ" shall be spelled with a lowercase "c."

The rule was part of an orthography reform published in October, reported Canada Free Press.

The paper cites a German newssite, Kath.net, in reporting that the new guidelines also indicate the Dutch word for "Jews" (Joden) is to be spelled with a capital "J" when referring to nationality and with a lower-case "j" when referring to the religion.

The EU changes become mandatory next August. There are no penalties set out for those who insist on continuing to spell Christ with a capital "C."

Canada Free Press noted the title of Javier Solana, secretary general of the EU, was still to be spelled with capital letters.

Many Europeans have long discarded belief in God and in fact believe more deeply in ghosts than in a deity.

This is going to look weird. Even atheists tend not to write "Jesus christ"

This doesn't shock me too much. Some Europeans tend to look at religion and religious faith as a sort of mental problem or difficulty. Or so it seemed when I was there.

No too panicked about it though. Every knee will bend in the long-long term, and G.K Chesterton rightly pointed out that religiously speaking Europe has been in rougher shape than it is now.

We'll see, the Church is a tough, tough critter.

Even if you don't believe in Him, why not capitalize the Feller's last name?

But realistically, how often are eu documents going to refer to Christ?

There is accademic and job penalties and legal respect for not following their pedantic orthographic rules.

They are nuts and extremists of the most stupid kind. There is an orthograph mafia in Europe, an entire industry of correcting mistakes...but cursing, filthy language and rape of children jokes are perfectly ok there. Pharisees form-nazism pales in comparison.

7 posted on 11/02/2005 12:51:52 AM PST by JudgemAll (Condemn me, make me naked and kill me, or be silent for ever on my gun ownership and law enforcement)
[ Post Reply | Private Reply | To 1 | View Replies]
To: Threepwood
"Some Europeans tend to look at religion and religious faith as a sort of mental problem or difficulty." 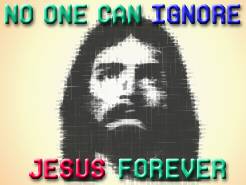 What they mean is that religion becomes a mere product, like car or sandwich...maybe following Marx's line that religion is an opiate....while in fact religion is a spiritual title of high importance...no wonder the muslims are running over them.

Arghhhhh!... A guy's gotta be quick around here!

>>Some Europeans tend to look at religion and religious faith as a sort of mental problem or difficulty.

Plenty of Lefties here do the same.