It's not often that I have my ghast completely flabbered by a newspaper story.

But there it was in the Calgary Sun, an Associated Press story that began: "Britain began reaching out to Muslim communities yesterday, launching an effort to confront the resentment and anger that helped breed the suicide bombers who attacked London's transit system."

Pretend that it is, say, 1941. An invasion of Great Britain by Nazi Germany has narrowly been averted by the bravery of mere boys in RAF blue who took off in Hurricanes and Spitfires to fight the Luftwaffe to a flaming standstill at 20,000 ft.

Parts of London are in ruins from German bombs raining from the night sky.

Europe is under the Nazi heel, and the concentration camp crematoria are being built to eradicate Gypsies, Jews and opponents of Hitler's regime.

Now imagine the horror and outrage that would have followed a news story published in 1941 that began: "Britain began reaching out to Nazi communities yesterday, launching an effort to confront the resentment and anger that helped breed the German war machine that conquered half the world and turned much of London into unattractive heaps of smoking rubble."

We would have thought such a thing insane.

Today, we do not.

There's nothing to understand about terrorism other than the fact of its existence.

The bombers who attacked London's transit system are not drawn from the legions of the impoverished.

They were Britons, born and raised, most of them.

Even being on the dole in Britain is better than being middle-class in Pakistan or most of Africa.

These were not people living hand to mouth, oppressed beneath a vicious system that exploits them.

They lived, in fact, in one of the most politically correct societies on the planet, a country in which teachers propose that the word "fail" be purged from the vocabulary because it makes failures feel bad to be identified as such.

Terrorists are not generally bred by communities of the disenfranchised.

The 9/11 morons who flew passenger planes into the World Trade Centre and the Pentagon? University students and graduates.

Terrorism is a potentially fatal, disease infecting the body politic.

And, like any other disease, we must understand it.

But, like syphilis, where terrorism comes from is not the issue.

You can't negotiate with syphilis. (If you could, the disco era may never have ended.)

You can't convince a spirochete not to infect you with the purpose of doing you harm.

No. You recognize the symptoms and hope to God that a seriously applied regimen of antibiotics will take care of it and -- if you've got any brains at all -- you protect yourself against future infections.

In Ontario, it has been recommended that Muslim law be sanctioned for the resolution of some disputes, including divorce -- something which has aroused the ire of the largest group representing Muslim women, which is something that even gives pause to the most devotedly stupid of the politically correct.

When mutiny struck the French army during the First World War, the French government randomly executed men from the mutinous regiments.

"Pour les encouragement des autres," was the explanation -- for the en-couragement of the others.

Catching them and killing them is the only answer, and in such numbers that it will, indeed, encourage the others to think twice about acting on their twisted belief system.

The answer to terrorism isn't a warm and fuzzy outreach program.

Give A Terrorist A Hug Day just won't work.

Are you suggesting radiation treatment?

The operative principle is:

Islam, Islamic are never used in this rant...Muslim is used once.

I can't so easily divorce Terrorism and Terrorists from Islam and Muslim...

Sorry...but I will continue to fight Islam and Islamics until the moonbat death cult has been either domesticated or eradicated...

They hate the West. Why are they here ?

To: Eric in the Ozarks
They hate the West. Why are they here ?

They hate 'Western' ideals and culture...and they see the whole planet as theirs...

So technically they are not here, or there...

When at war, the most effective strategy is to cut off the other side's supply of what they have to have to fight. This is the principle elucidated by Sun Tzu and many others.

12 posted on 08/07/2005 7:24:23 AM PDT by AmericanVictory (Should we be more like them, or they like us?)
[ Post Reply | Private Reply | To 1 | View Replies]
To: Clive
If these terrorist left the west alone and stayed stoning the guilty, raping their women, killing anything that says no, then we probably would not have hit them. Those bastards hit us for years and they thought we would just sit on our a@@es and do nothing? And what hurts me most is a huge portion of Americans just don't get it. Damn, we are at war, and if we quit, we will be attacked so hard it will cripple us.
13 posted on 08/07/2005 7:36:15 AM PDT by Logical me (Oh, well!!!)
[ Post Reply | Private Reply | To 1 | View Replies]
To: punster
To treat and eradicate a disease that has become rampant within a population there is but one treatment option; Test and slaughter. This simple axiom has helped veterinarians eradicate many diseases within the UK and the US. I agree, treat terrorism like a disease.
14 posted on 08/07/2005 7:37:53 AM PDT by vetvetdoug (Shiloh, Corinth, Iuka, Brices Crossroads, Harrisburg, Britton Lane, Holly Springs, Hatchie Bridge,)
[ Post Reply | Private Reply | To 7 | View Replies]
To: Logical me

Something I read a while ago (Dr. Benard Lewis?). This is a civil war inside Islam, and we are collateral damage. Remember the modern Islamic terrorist movement started out wanting to overthrow the leaders of the Arab world.

The thing that struck me about the London attacks was not so much that these terrorist pigs were born-and-raised Btits, but that they lived in "Muslim communities" or "Arab neighborhoods".
While there are areas in the US, like Dearborn, MI and Jackson Heights, NY, where there is a significantly higher density of Mideasterners, this is by no means exclusive. The dispersion of this subgroup into the general population may very well be a deterrent, albeit an accidental deterrent, to extremist conspiracy.
Conversely, of course, this may mean nothing at all.

I liken them to rattle snakes. when living in the wild and left alone they do what rattlesnakes have always done. but when brought into your basement and allowed to thrive sooner or later they will get to be to numerous to stay in the basement and more and more will come into your home and still do what rattlesnakes do. If you dont want your children and home destroyed and taken over you cant teach them not to bite, so you know what you have to do. 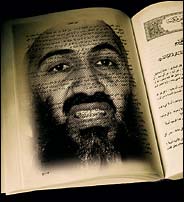 I love that; I'm going to remember that one.

They need welfare reform, big time. What Clinton signed (after 2 vetoes) shows one step in the right direction. Living on the dole may keep you alive, but it destroys your self worth, builds resentment against the hand that's feeding you, and provides lots of free time during which obviously capable hands and minds can produce mischief instead of work. Same applies to people born there as to would be immigrants. Welfare systems should be a safety net - not a hammock - and should be for your own citizens, not for the whole world. If it affected whether they'd eat, they might decide to learn something more productive at school than bomb making, victim studies and religious extremism. A good work ethic was one of the prime characteristics of American culture and used to be one of the ones of British culture as well.