A Los Angeles County Superior Court judge has ruled that the Los Angeles Unified School District can proceed with its plans to demolish most of the historic Ambassador Hotel and build a $318-million campus, attorneys said Monday.

The Los Angeles Conservancy and a coalition of local organizations had filed suit after the school board voted in October to build a facility for 4,200 kindergarten through high school students on the 24-acre property where movie stars, politicians and royalty once mingled and where Sen. Robert F. Kennedy was assassinated in 1968.

The suit contended that the district had failed to comply with requirements of state environmental quality laws.

In the weeks before the judge's ruling, the conservancy linked up with local, state and national politicians to urge the district to consider an alternative proposal that it said would better preserve the landmark hotel. But district officials and school board members stood firm. "The idea of building the school around the hotel is something that we rejected years ago," said Glenn Gritzner, special assistant to Supt. Roy Romer. "The plan that the conservancy has recently been discussing is more meat on the same bones." 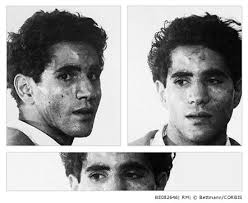 One where they do everything except learn.

Have you forgotten the (now demolished) Belmont Learning Center which cost us 238 million, the one that never opened and doesn't exist anymore?

maybe they can store dead files there.

The Belmont Learning Centre actually does exist -- I pass by it twice a day. It was just never finished. Construction has recently begun again on it.

I thought it had been judged unsafe because of chemicals in the ground, and then torn down. Didn't realize it was still there. I'll see if I can find out what they're planning to use it for.

But I don't care anymore, I left LA 10 years ago and don't miss it.