NOTE: This is the 13th episode in a series of stories regarding the events surrounding Hillary Clinton’s 2000 Hollywood fundraiser, and the business relationship of entrepreneur Peter Paul, the impeached William Jefferson Clinton, and Hillary Rodham Clinton, perpetrator of the largest campaign finance fraud in the history of Western civilization.

In 1985, Sally Field won her second Academy Award in five years for her work on Places in the Heart. In a memorable acceptance speech, she thanked the audience and proclaimed, “The first time I didn't feel it, but this time I feel it, and I can't deny the fact that you like me, right now, you like me!" I know that you are wondering how this applies to the David Rosen trial. Hold on. I’ll shortly connect the dots.

I spent the day in Los Angeles Federal District court today to hear the final grilling of David Rosen by prosecutor Peter Zeidenberg. I expected LAFD to be called because Rosen’s pants were definitely on fire. He was lying his butt off. Prosecutor Daniel Schwager did a brilliant job laying it all out in closing arguments. Paul Sandler sounded foolish for the defense, but in fairness to him, he doesn’t have much with which to work. Rosen’s hand was caught in the cookie jar for everyone to see. It is still actually still stuck in that cookie jar. Sandler’s only hope is for a jury with an IQ of 180. That is, for all of them together.

Rosen has a big future as a stand up comedian after he gets out of jail. His comedic timing was impeccable when he gave his punch line for the adventure at the Beverly Hills Hotel.

Here’s the background. Rosen arrived in Los Angeles to get working on the fundraiser on or about July 15, 2000. He stayed nine days at L'Ermitage Hotel at a cost of $3,500.

He tried to explain that things were hectic, and he needed a nice place to relax with good amenities. He didn’t stay with his sister and didn’t stay in a Marriott, which would have been paid by the campaign.

We are supposed to believe that he would spend $3,500 for the hotel on his $105,000 salary and not ask for any reimbursement. He testified that Tonken didn’t pay for it. Unknown to the judge and jury, Rosen was reimbursed. Guess by whom. Yes, by Peter Paul. Rosen has never reported that.

The story continues a few weeks later. He came back to L.A. on July 30 to work on the gala and this time stayed in the ritzy Beverly Hills Hotel. Rosen testified that he stayed there at the insistence of Aaron Tonken, who eventually paid the bill of almost $10,000. He didn’t report it. And he didn’t report the use of the $80,000 Porsche.

Now for the Sally Field moment. Rosen testified that he thought the Beverly Hills Hotel bill and use of the Porsche was a personal gift and not reportable. It was pointed out that Rosen had only known Tonken for about a month and a half. When asked why Tonken would pay his Beverly Hills Hotel bill, he responded that it was a "personal gift because he liked me." (insert rimshot) Ummmm, David, if he likes you, watch out. Tonken is gay. Need we wonder whether Rosen reported the gift to the IRS?

The frivolity doesn’t end there. When asked by the prosecutor about the use of the Porsche, Rosen said he knows he would have had to report a rental car. In this case, he didn’t think it had to be reported because Tonken "was not in the rental car business." Prosecutor Peter Zeidenberg came out with a great response. “No, he’s a donor!”

From what I’ve read of the testimony and being there in person today, Rosen wants all of us to believe that all of the witnesses are lying except him. If this jury cannot convict Rosen with all the evidence it has, the court system in Los Angeles should be shut down. It will be broken beyond repair.

As soon as I got back home, I took a shower. I felt really slimy. Why? Because I had been within a few feet of Harold Ickes.

4 posted on 05/25/2005 9:05:40 PM PDT by Ann Archy (Abortion: The Human Sacrifice to the god of Convenience.)
[ Post Reply | Private Reply | To 1 | View Replies]
To: doug from upland
If I found myself in the same room with Harold Ickes there are only two words that could describe my actions:

Ickes was there to testify that Rosen was not in jeopardy of losing his job. Right.

Consider yourself lucky Ickes didn't bite you on the leg. Remember when he did that?! I love that! Your color co-ordination is perfect, LOL.

You can gaze at the vortex and get hypnotized, then suddenly you see Hillary and get jolted out of it!!

Way to go Doug. I just hope Freddie isn't on that jury. He would drop the jury's IQ to well below 180.

For those of you who aren't familiar with the LA news scene in the last half century, Freddie would call The Great George Putnam on his talk show on a regular basis and tell all that "President Clinton is the finest president we eva had!" and he meant it. Doug would call weekly with a lymeric or two and some news about the Slick One, as would many others who continue to inform us Freepers to this day.

Did he have a pencil in his ear?

There's a saying here in the mountains that applies to many of the top income people in Hollywood. It is, "He has more money than sense."

"Normal" people are not in a position to give away $10,000 without flinching, or concerning ourselves with how it is reported or whether it is deductible. Nor are normal people in the habit of lending out their $80,000 cars to passing strangers.

Hillary! was accustomed to dealing with people who treat money like confetti. Rosen, on the other hand, was not. She knew how to conceal the sources of ill-gotten gains (plausible deniability, futures market, etc.). Rosen did not.

We must hope that the prosecutor played his hand right, so that Rosen will be convicted on multiple counts. When that happens, however, Freepers should not get excited that the prosecutors will climb (or descend) the food chain and bring charges against Hillary! It ain't gonna happen.

We have to convict Hillary! not in court, but in the court of public opinion. Understand that it will be the same process as with Teddy Kennedy, who was never charged with any crime having to do with the death of Mary Jo Kopechne.

We have to bring the public to the point that "we all know she did it." And in that sentence, "all" need be only significantly more than half. That will be sufficient to keep her out of the White House, forever. 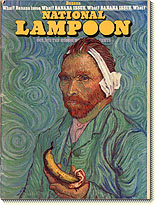