First, Michael Moore threw his creative weight and his celluloid into defeating President Bush's re-election. Then he made a big push for an Oscar nomination. He lost on both counts.

So, why didn't the former golden boy of Hollywood who championed the anti-war, anti-Bush, anti-America movement with his dishonest propaganda piece "Fahrenheit 9/11" garner an Oscar nod? Is the Hollywood crowd wising up, or has Moore worn out his welcome?

With characteristic zeal, Moore campaigned vigorously for a Best Picture nomination. "He was at every Oscar party and screening," said Moore's former manager Douglas Urbanski, a critically acclaimed 25-year veteran of the entertainment industry most recently known for the movie "The Contender," starring Gary Oldman, Joan Allen and Jeff Bridges. "He took out full-page ads, cut his hair, bathed and even wore a suit. [Moore was] very present around town."

But the Hollywood elite turned their surgically sculpted noses up at Moore's flick. Urbanski explained that Hollywood has had it with Moore. Many blame him for John Kerry's defeat in the presidential election. He's become the No. 1 favorite target of leftists.

"In certain [Hollywood] circles he is a shutout," Urbanski said.

Why would Moore's former manager be so forthcoming in his criticism?

"Michael Moore makes a substantial living going into people's private lives, sneaking up on them," Urbanski said. So he feels no compunction in talking about the only client he ever fired. And he fired Moore with a ten-page letter.

"A more dishonest and demented person I have never met," Urbanski wrote me in an e-mail, "and I have known a few! And he is more money obsessed than any I have known, and that's saying a lot."

Urbanski believes that Moore hates America, hates capitalism, and hates any normal concept of freedom and democracy. This seems odd considering that if it weren't for America, freedom and capitalism, Moore's brand of expression and capitalistic success would be impossible, if not illegal. "Michael Moore could not withstand ‘Michael Moore's' scrutiny for more than fifteen seconds," Urbanski said.

Has Hollywood figured out what Moore is really about? Was that why he was snubbed?

Urbanski has given some thought to Moore's methods. "Moore has an interesting racket. A Jessie Jackson-like shakedown. He figured out he could shake down his own type of thinker, his own constituency, for his own enrichment."

Did Moore lose his golden boy status because of Kerry's defeat? The land of Hollywood is harsh, and it has been known to devour its young for lesser offenses. Or was it his nasty methods that did him in? Past history is known to be the best indicator of future behavior, so Hollywood should beware. Moore may turn his camera on them and call the film "Hell Hath No Fury Like a Narcissist Scorned."

Regardless, let's hope that the Democrats will be more discriminating about whom they seat next to a former president at their next convention. And hopefully we'll all wise up to snake-oil hucksters like Moore, who will say or do anything to make a buck.

Kathleen Antrim is a weekly columnist for The San Francisco Examiner and author of the political thriller "Capital Offense." www.kathleenantrim.com.

Who? Sort of rings a bell but I just can't place him.

Ugly and disagreeable little fellow, a troll actually that has out-stayed his fifteen minutes.

4 posted on 02/28/2005 3:41:28 AM PST by dhuffman@awod.com (The conspiracy of ignorance masquerades as common sense.)
[ Post Reply | Private Reply | To 3 | View Replies]
To: knighthawk
Could it be the Oscar Crowd found Michael Moore's body order offensive? Or was it this man?

"A more dishonest and demented person I have never met," Urbanski wrote me in an e-mail, "and I have known a few!

Oh, that guy! I was thinking it was that "shower curtain ring feller."

7 posted on 02/28/2005 3:53:53 AM PST by leadpenny (Apologies to the memory of John Candy)
[ Post Reply | Private Reply | To 4 | View Replies]
To: knighthawk
Had he settled for his film being submitted as a documentary he'd be holding another gold statue right now (with a fried chicken drumstick in the other hand.) There was no snubbing - he just got a little too crazy thinking F-911 could be considered for best picture. 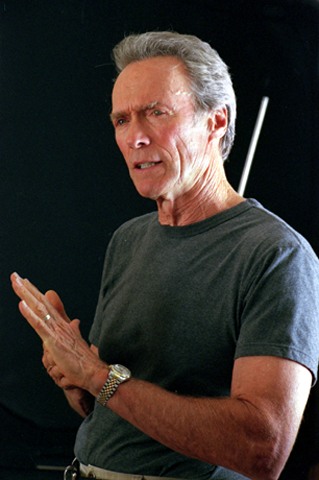 "A more dishonest and demented person I have never met," Urbanski wrote me in an e-mail, "and I have known a few! And he is more money obsessed than any I have known, and that's saying a lot."

And he is absolutely LOVED and EXALTED in Europe. Says alot doesn't it?

I think his snotty acceptance for his other fake documentary also put Hollywood off. Oscar night is supposed to be about celebrating the industry, not making political statements.

I do believe that even Hollywood can take only so much of Hollywood's crap, just like the rest of the country.

Of course, if Bush had lost, who knows, maybe they'd have felt safe to celebrate Moore, but I think he is very grating and they would have dumped him no matter what.

Probably Jimmy Carter is the only man in America who can stand to sit next to that self/money-obsessed doofus.

Possibly birds of a feather.

..."Moore may turn his camera on them and call the film "Hell Hath No Fury Like a Narcissist Scorned."..."

I could see him turning on Hollywood if he thinks there is any money in it, but he probably won't. At heart the whole thing is about money and self promotion. I don't see Moore as a man of principle, left or right. He is simply a greedy narcissist.

If Moore doesn't turn on Hollywood or start making patriotic policies it will have nothing to do with ideology. He would not change his essential positions because he could not sell it and would lose his existing audience and the money that brings him.

>>>Has Hollywood figured out what Moore is really about?

Chris Rock made of mention of the fictional Fahrenheit 9/11 movie, and the Oscar crowd exploded into applaud. All I could think was, "the Hollywierd elitist still don't get it"

They were willing to ignore his ugly side until it is clear that he cannot deliver his goods, defeat of Dubya.

Now he is the convenient scapegoat, ugly and disgusting troll that everybody can easily hate.

I'm sick and tired of seeing, hearing, and reading about that fat low life. Please do us a favor and move to Canada or France.