Since February I have been ranting that the Veteran community would eventually, inevitably, become the prime contributor to the destruction of the John Kerry campaign. For months, I have been the Lone Ranger and viewed as a moderately amusing gadfly.

Guess what? I was right in February, and March, and April, and May. I was right in June, July, and August…and despite what smarter, more insightful and ‘connected’ pundits maintain, Kerry is TOAST!

In March I wrote, “ Friends and foes in the punditry class have been pontificating ad nauseam, manipulating a kaleidoscope of factoids and data to support whatever their individual prejudices may be.” Some have accused me of manipulating ‘perceptions’ to support my personal prejudices.

Smarter, more dedicated men than this writer have been beating the drum for MONTHS.

and over a hundred others

The Kerry campaign made a monumental strategic ‘whoops’ when they chose to build the foundation for ‘Versailles de Kerry’ on his Vietnam experience.

Do overs have become chronic…and it ain’t over yet.

The “seared…seared” memory of Christmas eve 1968 in Cambodia requires rewrite. The Purple Heart stories require amendment. The “clerical error’ over an unprecedented/unauthorized ‘V’ on his Silver Star is being investigated by the Navy. Folks with the means, interest, and commitment to ‘correct the record’ are now scrutinizing the entire revisionist history of Kerry the hero. Frankly, if Kerry had taken a lower profile and not focused on his martial exploits (recreated in his home movies), he may have avoided the inevitable embarrassment and destruction of his antique fiction. Rather, by HIM focusing on apparently exaggerated daring-do he will be forced to realize there are consequences to everything we do and don’t do.

Republicans will never criticize the “decorated war hero”. They are scared spitless of any linkage with the anti-Kerry veteran legions. However, thousands of “decorated war heroes” with significantly greater service, scars, experience and insights loathe and detest the pampered Brahmin prince.

But the excrement storm thus far is mere prologue. There IS more……….

On 18 Feb. 1966 John Kerry signed a 6-year enlistment contract with the Navy (plus a 6-month extension during wartime). He also signed an Officer Candidate contract for 6 years -- 5 years of ACTIVE duty & ACTIVE Naval Reserves, and 1 year of inactive standby reserves.

Since Kerry was discharged from TOTAL ACTIVE DUTY of only 3 years and 18 days on 3 Jan. 1970, he was then required to attend 48 drills per year, and not more than 17 days active duty for training. Most significant however is, Kerry was also subject to the Uniform Code of Military Justice.

Another one of those interesting ‘clerical errors’ is that Kerry did not obtain an honorable discharge until Mar. 12, 2001 even though his service obligation should have ended July 1, 1972.

On Jan. 3, 1970 Lt. John Kerry was transferred to the Naval Reserve Manpower Center in Bainbridge, Maryland. Therefore there ‘should’ be Performance Records for 2 years of obligated Ready Reserve, the 48 drills per year required and his 17 days of active duty per year training while Kerry was in the Ready Reserves? Have these records been released?

Has anyone ever talked to Kerry's Commanding Officer at the Naval Reserve Center where Kerry drilled?

As a Ready Reservist participating as a leader of Vietnam Veterans Against the War, some veterans are now arguing Kerry’s conduct was criminal.

1. Lt. Kerry attended many rallies where the Vietcong flag was displayed while our flag was desecrated, defiled, and mocked, thereby giving aid and comfort to the enemy.

2. Lt. Kerry was involved in a meeting that voted on assassinating members of the US Senate.

3. Lt. Kerry lied under oath against fellow soldiers before the US Senate about crimes committed in Vietnam.

4. Lt. Kerry professed to being a war criminal on national television, and condemned the military and the USA.

5. Lt. Kerry met with NVA and Vietcong communist leaders in Paris, in direct violation of the UCMJ and the U.S. Constitution.

Lt. Kerry by his own words & actions violated the UCMJ and the U.S. Code while serving as a Navy officer.

Failing a REAL good explanation, Lt. Kerry is in violation of Article 3, Section 3 of the U.S. Constitution. Lt. Kerry's 1970 meeting with NVA Communists in Paris is in direct violation of the UCMJ's Article 104 part 904, and U.S. Code 18 & U.S.C. 953. That meeting, and Kerry's subsequent support of the communists while leading mass protests against our military in the year that followed, also place him in direct violation of our Constitution's Article 3, Section 3, which defines treason as "giving aid and comfort" to the enemy in time of warfare.

The Constitution's Fourteenth Amendment, Section 3, states, "No person shall be a Senator or Representative in Congress, or elector of President and Vice-President ... having previously taken an oath...to support the Constitution of the United States, [who has] engaged in insurrection or rebellion against the same, or given aid or comfort to the enemies thereof."

Senator Kerry, having established his ‘service’ as the foundation for his campaign, has some explaining to do….The only way to chill the barrage of questions is to sign off on a Standard Form (SF) 180 and let the media examine John Kerry’s FULL military record.

After the stunning success of anti-John Kerry ads produced by the group Swiftboat Veterans for Truth, a separate group of Vietnam veterans is planning to open up a new front - in a move that could leave the Democratic nominee sorry he ever mentioned Vietnam as a campaign issue. 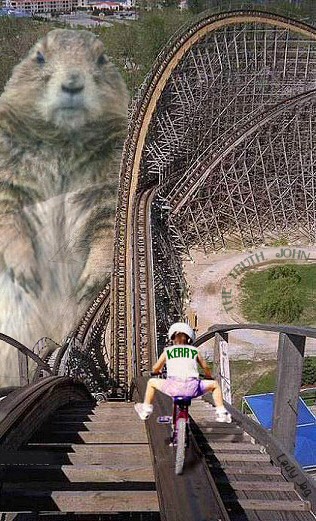 I've a feeling that Kerry got an "Other than Honorable" or "Administrative" discharge, which was upgraded during Carter's amnesty of '77. That would explain the date discrepancies.

During Kerry's now famous "testimony" before the Fullbright Senate Committee, he asked something like, I don't have the exact quote......How do you ask a soldier to be the last soldier to die for a mistake(Vietnam)? The political death of John Forbes Kerry would be a fitting tribute to this FRAUD!

Another one of those interesting ‘clerical errors’ is that Kerry did not obtain an honorable discharge until Mar. 12, 2001 even though his service obligation should have ended July 1, 1972.

Another group is StolenHonor.com. This is the group that is about to release the documentary featuring more POWs. I gave these guys a donation earlier today and will receive a copy of this video.

Go here FBI FILES and look at pages 21 through 25. You will see that Kerry's Vietnam Vets Against The War were in direct communications with the North Vietnamese Communists coordinating Anti-War activities with the Communists.

This is IN ADDITION to Kerry's trips to Paris where he met with the Communists and brought back the Communist's list of American surrender points and Kerry went on TV giving Communist propaganda.

Heads up on the upcoming attacks against Sampley:

It's gonna be hard to link him with Bush:
http://www.usvetdsp.com/story46.htm

Whoa! You been tapping in to Kerry's nightmares? The unconscious mind can be a powerful adversary! 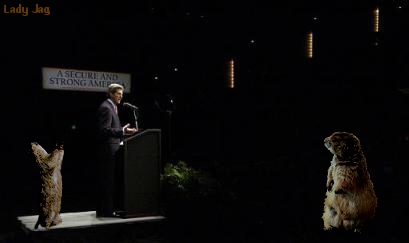 12 posted on 09/06/2004 9:46:46 AM PDT by Lady Jag (Googolplex Star Thinker of the Seventh Galaxy of Light and Ingenuity)
[ Post Reply | Private Reply | To 11 | View Replies]
To: Cincinatus' Wife
"Republicans will never criticize the “decorated war hero”. They are scared spitless of any linkage with the anti-Kerry veteran legions."

I believe they are just staying out of the way. Why waste your ammo when your allies are pouring it on the target? Better to hold fire and wait for signs of movement when the barrage has lifted.

Thanks! On another point.....All we ever hear about is Cheney and Halliburton, yada, yada. We never hear about Vietnam's first huge commercial deal, for at least 905M, to develop a deep-sea port at Vung Tau. Strangest thing, this contract was signed the year after Kerry's committee voted to give Vietnam a clean bill of health. Chief executive officer of the contracting company at the time was C.Stewart Forbes, John F. Kerry's cousin. What a COINCIDENCE! This is taken from page 174, Unfit For Command. Why is this never brought up? Hmmmm......

14 posted on 09/06/2004 9:55:56 AM PDT by Bob from De
[ Post Reply | Private Reply | To 8 | View Replies]
To: Bob from De
And what about Clinton....arranging the massive anti-US demonstration outside the US Embassy in Grovesnor Square in London in 1968 and his trip to East Europe at the height of the cold war and alleged meetings with top communist leaders....?

"The Constitution's Fourteenth Amendment, Section 3, states, "No person shall be a Senator or Representative in Congress, or elector of President and Vice-President ... having previously taken an oath...to support the Constitution of the United States, [who has] engaged in insurrection or rebellion against the same, or given aid or comfort to the enemies thereof."

Ethics only apply to those who have a conscience! The Lannys and Carvilles and their ilk are being exposed along with "THE BOSTON STRANGLER"(Kerry's call sign in Nam)

WOW! How interesting. Seems our constitution was ignored by the dims, what a shock. Clinton also participated in an anti war rally or something in Moscow.

Kerry's campaign is unfathonable. His Vietnam record is a weakness. Why he would chose that is a mystery.

Same as his Strength by Surrendering stance.

Shoot, you're just scratching the surface.