pre-FReep info: Kerry/Streisand fundraiser in L.A. [Disney Concert Hall] THURSDAY (6/24) 6pm
"OUR GOVERNOR can beat up YOUR CANDIDATE!" - FRN to protest "Stars for Kerry" concert in Los Angeles ^ | June 20, 2004 | RonDog (with inspiration from IPWGOP, doodlelady Prime Choice and others)

Please JOIN US...
on THURSDAY (6/24) at 6 p.m.
outside the Walt Disney Concert Hall in Los Angeles
as we FReep the
John Kerry/Barbra Streisand
$10,000/couple FUNDRAISER!

Here is a ROUGH DRAFT of our proposed press release:

Los Angeles -
Members of the Los Angeles Chapter of the Free Republic Network (also known as the "Hollywood Resistance Force") plan to join other local supporters of President George Bush and California Governor Arnold Schwarzenegger on THURSDAY, June 24 at 6 p.m., as they protest Barbra Streisand, Neil Diamond, Billy Crystal and Willie Nelson outside a "ten thousand dollar per couple" fundraiser for John Kerry at the Walt Disney Concert Hall--which was originally scheduled for the week after President Reagan died.

Carrying large signs that say "OUR GOVERNOR can beat up YOUR CANDIDATE!" and "Reagan was The GIPPER, but Kerry is The FLIPPER!" they intend to contrast Kerry's irritating tendency to "flip flop" his positions on important national issues with Schwarzenegger's "tough guy" persona crafted from his roles in action-adventure movies like the "Terminator." "We support President Bush," says L.A. FRN Chapter Vice President Ron Smith. "And, we believe that Governor Schwarzenegger shares President Reagan's gift for energizing Californians with a clear vision that will help President Bush 'terminate' Kerry's political aspirations."

"If America had listened to John Kerry," he continues, "Saddam Hussein would still be in KUWAIT right now, rather than being in CAPTIVITY. Kerry even voted against the FIRST Gulf War." Carrying a sign that says "Only 'FOREIGN' Leaders (like SADDAM) like John Kerry!" and wearing a rubber Saddam mask, Smith adds, "These 'Stars for Kerry' may have MUSICAL talent, but POLITICALLY, they are dangerously naive. Unlike Streisand, Schwarzenegger (like Reagan before him) has had the courage to subject HIS political opinions to vigorous public debate--at the ballot box, not just at the box office." In the words of nationally-syndicated talk radio host Laura Ingraham's recent book, those who support Governor Schwarzenegger and President Bush believe that these misguided "Stars for Kerry" should just "Shut Up, and SING!"

By harnessing the power of the Internet, the Free Republic Forum (FreeRepublic.com) gave birth to a new level of grassroots activism that demonstrates how dedicated citizens can effect change by awakening and mobilizing the vast numbers of Americans who still support the rule of law. The Free Republic Network (FreeRepublic.net) organizes, educates, and supports grassroots activists and connects national organizations with grassroots groups and activists across the country that share their common goals and beliefs.

Note: The opinions of members of the Free Republic Network do not necessarily represent those of the management or staff of the conservative news forum FreeRepublic.com, the Republican Party, or Bush/Cheney '04 - although, as Rush Limbaugh says, they SHOULD. :o)

TOPICS: Announcements; Culture/Society; News/Current Events; Political Humor/Cartoons; Politics/Elections; US: California; US: District of Columbia; US: New York
KEYWORDS: fundraiser; hollywoodleft; hughhewitt; kerry Navigation: use the links below to view more comments.
first 1-20, 21-40, 41-55 next last
Special thanks to Linda Eddy (aka FReeper IPWGOP) for THIS marvelous image: 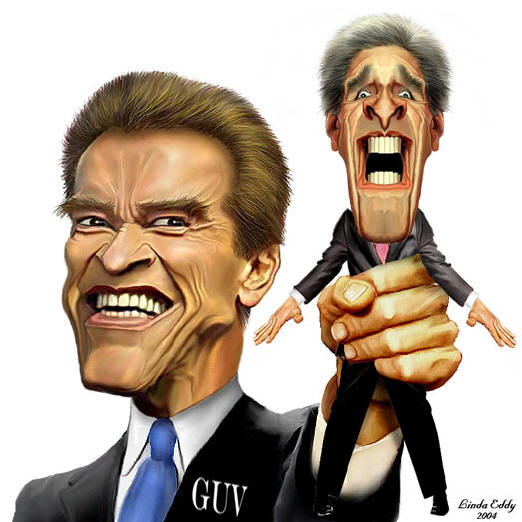 The Dinsey Fairy chimes: VOTE FOR THE RATS!

It will therefore be visited by many LURKERS, and "not-yet-FReepers."

So, please keep any NON-FReep-related posts on this thread to a minimum. ;o)

In particular, if you would like to re-fight the last election, or to discuss the relative merits of using a "RINO" like Arnold as a blunt instrument with which to attack John Kerry...

I propose that we meet at the corner of First and Grand - no later than 6 p.m.

I will (of course) arrive early, to check in with the Secret Service, and local authorities.

As they say in the DC Chapter, "No tear gas necessary; we're CONSERVATIVES."

The Disney Fairy chimes: VOTE FOR THE RATS!

HERE is the photo-friendly venue for this FReep, from ordinarybuildings.com:

While I expect that doodlelady's version of IPWGOP's artwork will be the "star" of this FReep, I also still plan to wear my Saddam mask:


WASHINGTON -- As the presidential race gets tighter and nastier, the F-word has increasingly crept into attacks against presumptive Democratic nominee John F. Kerry.

It has made its way into comments by the House majority leader, onto Internet blogs, and onto the Republican National Committee's website. It has shown up on sweatshirts and T-shirts, and been thrown around in columns by nationally known conservative writers.

Kerry, his foes complain, might as well be French.

"The French believe John Kerry has `a certain elegance,' " sneers a contributor [aka Prime Choice] to the FreeRepublic.com website, over unflattering pictures of the Massachusetts senator playing ping-pong, catching a football, and throwing a baseball. "Of course, the French also think Jerry Lewis is a comic genius. Think about it," the satirical posting says...

Thanks for the INSPIRATION, Prime Choice!

For An Evening with
John Kerry and Friends

All of the "Hollywood Has-Beens" will be there. . .

Will YOU be there?

In the words of nationally-syndicated talk radio host Laura Ingraham's recent book, those who support Governor Schwarzenegger and President Bush believe that these misguided "Stars for Kerry" should just "Shut Up, and SING!"

That would be, of course, THIS classic admonition, from our good FRiend: See also from the IAISND (I Am, I Said, Neil Diamond) website:

Streisand, Diamond to Sing for Democrats

WASHINGTON — Barbra Streisand and Neil Diamond, who crooned the 1978 hit "You Don't Bring Me Flowers," will sing for John Kerry and the Democrats next month as a star-studded list of entertainers perform at two fund-raising concerts in New York and Los Angeles.

Streisand and Diamond will perform together for the first time in 24 years at the Los Angeles concert, the Democrats said.

Barbra and Neil may perform a 'You Don't Bring Me Flowers' Parody - but is to be confirmed.

First of all let me say thank you to all those who were present today for the FReeping; We did a GREAT job, considering we didn't have much time to prepare, and that today is a weekday. I must say, I was somewhat disapointed that "Mr. Kerry" didn't get to see us, but as I'm sure, RonDog, and other FReepers present will tell you, we still got noticed by everyone else.

The highlight of the FReeping was of course "FLIPPER" (the dolphin); This guy stood there in a dolphin suit for some two hours, and let me tell you, IT WAS VERY HOT, that poor guy... RonDog also had the GREAT idea of bringing some "flipper" balloons which got a lot of attention. We had a lot of home made signs, and a few Bush/Cheney signs and stickers provided by Mr.Oscar Gutierrez, who also did a great job talking to some of the media people who were present. The flip-flops were EVERYWHERE, From a Flip-Flop shaped sign, to a bag full of flip-flops for everyone on the back.

Nonsurprisingly, there was some people who were really angry about us "ruining their party", there was some yelling, and more middle fingers than I could count; at the same time, there were some who waved and honked horns, I never get tired of this.

P.S.: I will try to get you guys some pictures before the end of the day...

Note the guy dressed in a "FLIPPER" costume, and the helium-filled "DOLPHIN" balloons ($6/each, inflated - from your local "Party City" store)...

...plus note the effectiveness of the LARGE BLOCK LETTERS on the signs.

Performers to be announced next week

The Los Angeles concert, now scheduled for June 24th, will feature Barbra Streisand, Neil Diamond, Willie Nelson, and Billy Crystal with an all star cast of celebrity presenters and performers to be announced at the Music Center’s new venue Walt Disney Concert Hall.

The New York Concert on July 8th will be held at Radio City Music Hall. The roster of performers will be announced next week...

FReep on! Bump back to the left coast.

I'm curious about parking. Where and how much? How early should one get there?

Also there is a pic from "Sacred Cow Burgers" showing George Bush roping and branding the DNC jackass. How hard would that be to turn into a poster? I'm going to try and make this FReep, as the 110 fwy has lights, and I think I can drive and not get lost going home ;-)

As I wrote in a recent e-mail blast:

Note: You do NOT have to be a "Schwarzenegger Supporter" to join us at this event. The benefits of the MEDIA coverage of the "Arnold vs. Kerry" theme of "OUR GOVERNOR can beat up YOUR CANDIDATE!" should outweigh any negatives from the "Arnold is not conservative enough" folks on OUR side, imho.

Also there is a pic from "Sacred Cow Burgers" showing George Bush roping and branding the DNC jackass.

How hard would that be to turn into a poster?

The original artwork was created by Cox & Forkum , but FReeper MeekOneGOP has a nice version of it hosted on his server:

I think that if you DOWNLOAD that .jpg file to a floppy disk...

http://rmeek141.home.comcast.net/BushIn2004.JPG
(RIGHT CLICK on the link above, and then
"Save Target As" a file on your "A" drive)

I'm curious about parking.
Where and how much?

How early should one get there?

The concert is scheduled to begin at 8 pm, so I would like to have the bulk of our forces in position outside the hall from 6 pm to about 8 pm.

Security for this event should be INTENSE...

...and "rush hour" traffic in the downtown area at that time of day should be MISERABLE.

So, plan to arrive as early as possible.

I understand that the parking lot under the Disney Concert Hall will be CLOSED to the public, for security reasons...

...but there are many OTHER (somewhat expensive, but SAFE) places to park nearby.