The Gorelick memo, issued under the authority of the Justice Department in 1995, was blamed by Attorney General John Ashcroft on Tuesday for hampering the ability of the FBI and CIA to cooperate in terrorist investigations.

Other aspects of Gorelick's tenure suggest more conflicts, such as questions about what role, if any, she played in advising President Clinton that there was no legal basis to extradite Osama bin Laden to the U.S. when he was offered by Sudan [to the U.S.] in 1996.....

The government official who most handstrung America's intelligence agencies from protecting the nation -- Jamie Gorelick -- now sits as a 9/11 commissioner and has the gall to try and pin the blame on the Bush administration!

The woman has no shame! Time for her to go (and quickly as possible).

The Utterly Absolutely Disgraced 911 Commission [by their own choice]

BREAKING:
GOTTA SEE THIS - Who's Who on the 9/11 "Independent" Commission

Could OKC 'silver bullet' have prevented 9-11? "Some wonder whether [Clinton] was distracted by the legal and
political quagmire of the Monica Lewinsky case.
And even former Clinton aides now regret that the
battle with bin Laden and his Al-Qaida organization was never fully joined.
'Clearly, not enough was done,' said Jamie Gorelick,
a former deputy attorney general in the Clinton administration.
'We should have caught this. Why this happened, I don't know.
Responsibilities were given out. Resources were given. Authorities existed.
We should have prevented this.'

BREAKING: Gorelick (put on the Committee by Daschle)
not only created the background for the 911 Atrocities but now is covering it up
for the terrorists. Gorelick is a litigation partner of Wilmer, Cutler & Pickering.
which represents Prince Mohammed al-Faisal al-Saud, the House of Saud,
against a lawsuit filed by a coalition of 600 Sept. 11 families.

On Aug. 22, 1996, just before the Democratic National Convention,
Ms. Gorelick oversaw a critical Justice Department meeting with the FBI.
mmediately after this meeting, as it happened,
all serious inquiry into the fate of TWA 800 came to an end.

"Mr. Clarke, Mr. Clarke, please this is urgent.
We can take out Osama, now. Please answer!!! We have him in our sight."

Clarke: "Nope. Forgetaboutit. No big deal. They told Gorelick and I
that they promise that they will only attack our computers."

Islamic 911 Attack Calendar which was distriibuted worldwide the year before
the terrorists murdered 3000 Americans per hour in the 911 Atrocities.

INQUIRING MINDS WANT TO KNOW BEFORE THE NEXT ATTACK
How many were in the Offices and homes of clients of Gorelick and/or Kean and their associates? If Gorelick, Clarke and Clinton had been completely HONEST
to the American public about the Islamic-crashed airplanes, like TWA800, in the 90's
Americans WOULD have been on alert on 911
and would have had the opportunity to prevent the 911 Atrocities.

ONLY POSSIBLE CONCLUSION GIVEN THE CONTINUING COVERUP:

"Gorelick and her gang are trying to use 'plausible deniability'.
Book her .... and the rest of them under RICO, Dano."

Commissioner Kean: "Ms Gorelick is one of the finest members
of the commission and one of the most bipartisan members.
People ought to stay out of our business"


THE REAL DEAL: "According to a 1998 Senate testimony of former CIA director James
Woolsey, powerful financier Khalid bin Mahfouz’ younger sister is
married to Osama bin Laden,. (US Senate, Senate Judiciary
Committee, Federal News Service, 3 Sept. 1998, See also Wayne
Madsen, Questionable Ties, In These Times,12 Nov. 2001 )
Bin Mahfouz is suspected to have funneled millions of dollars to the Al
Qaeda network.(See Tom Flocco, Scoop.co.nz 28 Aug. 2002)
Now, "by sheer coincidence", former New Jersey governor Thomas
Kean, the man chosen by President Bush to lead the 9/11 commission
also has business ties with bin Mahfouz and Al-Amoudi.
Thomas Kean is a director (and shareholder) of Amerada Hess
Corporation , which is involved in the Hess-Delta joint venture with
Delta Oil of Saudi Arabia (owned by the bin Mahfouz and Al-Amoudi
clans)...
Now you would think that being a business partner of the brother in
law and alleged financier of "Enemy No. 1" would also be considered a
bona fide "conflict of interest", particularly when your mandate --as
part of the 9/11 Commission's work-- is to investigate "Enemy No. 1".
"(Michel Chossudovsky, New Chairman of 9/11 Commission had
business ties with Osama's Brother in Law , Centre for Research on
Globalization, December 2002 )
Who's Who on the 9/11 "Independent" Commission


FREEP and DEMAND THAT GORELICK BE REMOVED!:
Call the President. Leave a message at the White House.

4 posted on 04/16/2004 12:57:44 PM PDT by Diogenesis (If you mess with one of us, you mess with all of us)
[ Post Reply | Private Reply | To 1 | View Replies]
To: clintonbaiter
She has NO shame and the entire kangaroo court should be disbanned and fast!
5 posted on 04/16/2004 12:58:58 PM PDT by nopardons
[ Post Reply | Private Reply | To 1 | View Replies]
To: Semper Paratus
America will be destroyed this century or will have another Revolution or a Dictator.Those are the only choices left.
The Liberal fringe of the Democrat Party has gone crazy and there are too many stupid or uneducated people in this country that follow blindly.
Our nation is headed the way of the Soviet Union.
6 posted on 04/16/2004 1:02:57 PM PDT by gunnedah
[ Post Reply | Private Reply | To 3 | View Replies]
To: clintonbaiter
This gore-lick woman needs to be told to resign and then put under oath (if this means anything to a clintonista) and made to testify to all the evidence against her. I've written 2 emails to the 9/11 comission requesting this. I only hope that pressure from the tax-paying public can make this happen. This is a disgrace and another reason why this 9/11 Commission is such a sham. What in the name of Pete is she even doing on this panel to begin with? Who appointed her?
7 posted on 04/16/2004 1:04:05 PM PDT by Lucky2 ( 2004 is the year the Yankees will win the World Series and GWB will be re-elected!)
[ Post Reply | Private Reply | To 1 | View Replies]
To: Lucky2
BEST QUESTION OF YEAR

"Isn't just the assembly and conduct of this committee
enough insight as to how we became vulnerable to the alQeada attack?" 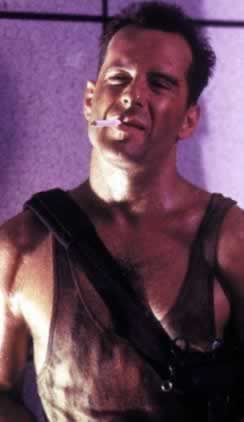 8 posted on 04/16/2004 1:04:56 PM PDT by Diogenesis (If you mess with one of us, you mess with all of us)
[ Post Reply | Private Reply | To 7 | View Replies]
To: clintonbaiter
Exactly. The end game for this is to muck up the works so bad that historians can't avoid mentioning it. Best way for that to happen is for her to resign. This is why she won't resign and why Clinton wouldn't. They know that acknowledges a scandal. They think if they fight they can blame partisan Republicans etc and historians will note both sides were ensnarled in a partisan battle. Whereas if she resigns all that gets written is a dem scandal. Never forget the long term importance of these battles.
9 posted on 04/16/2004 1:05:11 PM PDT by plain talk
[ Post Reply | Private Reply | To 1 | View Replies]
To: clintonbaiter; .cnI redruM; Semper Paratus; plain talk; Diogenesis; Lucky2; gunnedah; nopardons
There's another monster just underneath the surface of the waters. Rush was saying that Ashcroft alluded to another document that he would like to see declassified. If I understand it correctly, it will be just as explosive as the GoreLICK memo. All we can do is hope President Bush's Administration will declassify it.
10 posted on 04/16/2004 1:14:47 PM PDT by Enterprise
[ Post Reply | Private Reply | To 1 | View Replies]
To: plain talk
Yes, but with all that has been unearthed the last few days she will have to witness. If she does that while she is on the Commission that's a scandal, if she resigns that's a scandal.

So how are they going to fix it?

If (big IF) the Republicans capitalize on the Gorelick scandal, they can get many of those controversies to the light of day.

Seeing the Republicans on the 9-11 Committee, and even Orrin Hatch, defend Gorelick, we know nothing will come of all this. It will be ignored and buried----again. Just maybe the public will keep enough pressure on for the truths to be told, but I wouldn't bet on it.