To: Kathy in Alaska

Thanks for deleting the duplicate post. Everything is soooo slooowww. Hi CPT kj!! Hi Star!! Thank you for serving this great nation of ours.
Prayers for your success and safety, kj. Thank you, 1Sgt Mike, for your service to our country with the Army National Guard. 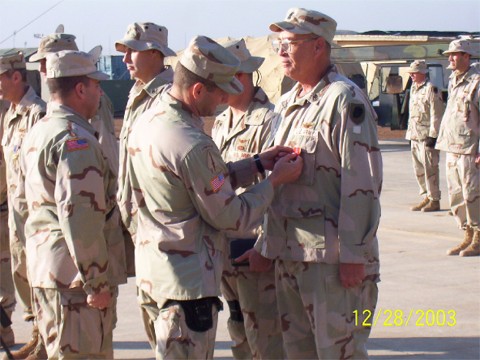 Prayers for your safety and success in Balad. Hi, John. Thanks for your service to America. Prayers sent for your success and safety. 11!! Thank you, Eric, for your service to our great America.
Prayers for your safety and success of mission.

Hi Stu!! Thank you for serving this great nation of ours.
Prayers for your safety and success in Afghanistan. Thanks to Brad and Graham too. A very pleasant good morning to everyone at the canteen and to all of our military at home and abroad. Thanks for your continued service to our country.

Folks, please be sure to update your anti-virus software. Today's the day Norton does their weekly update.