I discovered the Free Republic site shortly after reading Ann Coulter's book Slander in 2002. After a  brief period of time lurking and then posting I made some acquaintances out here. It has taken me a bit of time to get the real hang of things here. I am still working on that.

I enjoy the threads very much as living in Massachusetts many of the columnists and articles often featured here and commented on are suppressed in the Boston area by the liberal media. The Internet has made opinions and news more accessible for all. The media here is incredibly biased and certainly has their own agenda.

I try to contribute to the Freeper Canteen as much as possible because I believe in the importance of morale for our Troops. I recently opened up my own web site but it almost exclusively used by me for the purposes of hosting images and files. Most of those files are silly things which I sometimes link to when posting things in the Canteen. That site was recently lost to me because of credit card fraud, and I am considering a new site soon to be developed.

I have diverse interests, but sometimes I simply like to play Devil's Advocate on Free Republic. The Crevo threads are always intriguing.

Eliminate Federal Taxes for the District of Columbia.

Oh, and watch the public schools improve as well. 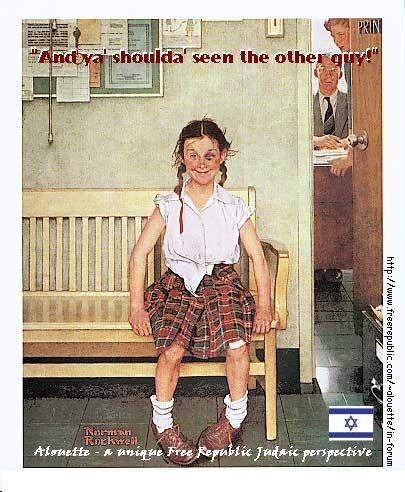 Sometimes I get pretty hot myself with all these Democrats surrounding me every place that I go.

"Under our system, every voter and officeholder is a man who has demonstrated through voluntary and difficult service that he places the welfare of the group ahead of personal advantage. And that is the one practical difference. He may fail in wisdom, he may lapse in civic virtue. But his average performance is enormously better than that of any other class of rulers in history."

My dad  was a WW2 Army combat vet.

He saw action and was involved in combat at Normandy during that war.

He was also later a soldier in General Patton's Third Army.

I am an Army vet who had a very tranquil largely uneventful experience in the military.

I drove big trucks around West Germany and I saw lots of sites, and I met a lot of people.

My experience in the Army was very positive and I look back at it fondly.

My military career was more like a three year vacation than anything else.

My son is/was active duty Army and he is a combat vet. IRR now.

"John Kerry gave for the enemy for free what I and my comrades in the North Viet Nam prison camps took torture to avoid saying!"

"Kerry said he only voted to give Bush authority to go to war as long as he didn't use it to go to war.."

"Kerry now calls the war in Iraq, a country he says is filled with terrorists, a "profound diversion" from the war on terrorists..." My son recently returned from his second deployment to Iraq. Thank God he is now home again safe and sound.

The South won the Civil War

What age did you join the Military and why?

Not so nice Nazis

Ann Coulter's latest book. ( I read this the first week it was out as usual)