More details are being released of a Saxon burial chamber unearthed in Essex.

The 12-feet-wide, five-feet-high wood-lined chamber - dating from the 7th Century - was crammed with gold coins and ornaments.

But the remains of the ancient king have dissolved and experts have not yet been able to identify him.

The find in Prittlewell, Southend, is being hailed as a major discovery.

Some experts have likened the discovery to the find in 1939 of a Saxon burial ship in Sutton Hoo in Suffolk, one of Britain's most important archaeological sites.

The find in Prittlewell, Southend, is being hailed as a major discovery. 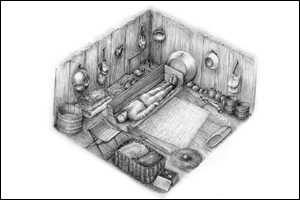 "An artist's impression of the inside of a Saxon king's burial chamber found in Southend, Essex. Experts say it gives a glimpse into the lives of the super-rich of the Dark Ages" 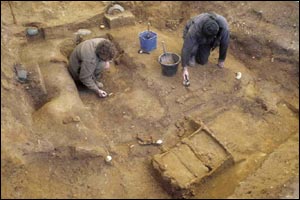 The site was filled with everything a king needed in the afterlife, from his sword and shield to copper bowls, glass vessels and treasures 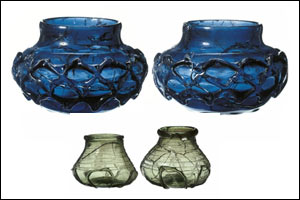 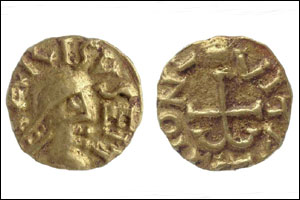 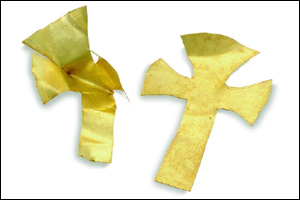 Inside the chamber, which would have been lined with wood, were two tiny gold foil crosses about 30mm in length 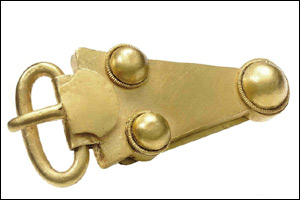 TOPICS: Culture/Society; Miscellaneous; United Kingdom
KEYWORDS: beowulf; essex; godsgravesglyphs; kingofbling; kingsaeberht; kingsigebertii; lyre; prittlewell; southend; suttonhoo; venerablebede Navigation: use the links below to view more comments.
first 1-20, 21-31 next last
1 posted on 02/09/2004 4:25:47 PM PST by yankeedame
[ Post Reply | Private Reply | View Replies]
To: yankeedame
Wow! Thanks for posting this. I can't wait to read the full report. I'd love to be a part of such a dig!
2 posted on 02/09/2004 4:30:52 PM PST by sneakers
[ Post Reply | Private Reply | To 1 | View Replies]
To: yankeedame
a glimpse into the lives of the super-rich of the Dark Ages"

King Arthur (If there even was one) was believed to have died somewhere between 530-572AD, depends on who's talking.

(O Alas! I ask you to not take my treasures!)

Don't say that out loud here in Texas! We have a whole mess of fine looking better-designed belt buckles around the waist of every blue-jean-wearing Texan.