NASA has reportedly confirmed it will officially join the hunt for UFOs after a groundbreaking UAP Congress hearing earlier this month.

Unidentified Aerial Phenomena (UAPs) and official sightings were recently discussed at a public US Congress hearing on May 17.

Nasa had previously said it “does not actively search for” or research UAPs.

After the first public congressional hearing on the topic in 54 years, the US space agency has reportedly changed its mind.

According to the DailyMail.com, sources at NASA have said it’s now helping the US UFO investigation.

A NASA spokesperson reportedly said the agency is “evaluating how to provide our expertise in space-based Earth observations to improve understanding of UAPs.”

The source added that NASA “has consulted with multiple government entities”.

However, they reportedly denied that NASA would be setting up its own UAP office and would instead just be helping with other investigations.

The US government now has a new law that gave permission for a government UAP task force.

The question is "will NASA open up access to its files re: this matter?" 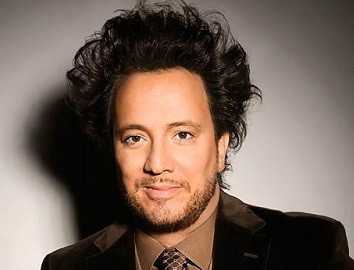 Given NASA’s penchant for finding Catastrophic Global Warming where there is none, I’m quite sure they’ll find alien spaceships, as well.

It doesn’t cost much to merely just open up their files and take the gag order off their personnel and former astronauts.

From what I understand, NASA isn’t setting up a program to search for UFO/UAPs. It’s merely agreeing to cooperate with efforts already looking into the matter.

“It doesn’t cost much to merely just open up their files and take the gag order off their personnel and former astronauts.”

I was on a classified project that generated UFO sightings almost every time it flew. The standard US policy was to say nothing. Do nothing. No gag orders. A lot, if not most of the sightings were by other military pilots. Standard procedure was to not tell them. Now that’s when we know what the cause was. It would be indistinguishable from an unknown cause.

What would they have in their files? Perhaps some NASA pilot mentioned something in his log or made a report, but it’s doubtful NASA has made any meaningful compilations to put in the files.

Having been a sub to NASA I can attest that they are a giant sucking sound of money going down the drain. Give them an excuse and they’ll take your money and return a ten-thousand-word report that says nothing.

As an aside, here's an elaboration from Daily Mail (UK):

A source affiliated with the US government and familiar with NASA's UAP research told DailyMail.com that the project will likely include gathering evidence from any astronauts who encountered unidentified objects in space, and reviewing footage and data from previous missions to help investigate any anomalous encounters.

The source added that NASA's work will complement the Department of Defense's UAP task force, charged by Congress with investigating the threats posed by strange objects in US airspace and beyond.

'It's going to be some sort of working group that will help support the DoD,' the source said. 'It's looking to be complementary.

'I suspect it will be a combination of efforts that will include perhaps firsthand eyewitness testimony of NASA employees and astronauts, and then perhaps a review of old archival footage to assess if there are some findings within the NASA archives that can help AOIMSG,' the source added, referring to the Airborne Object Identification and Management Synchronization Group, the DoD's awkwardly-named official UFO task force.

The source revealed that the Pentagon's UFO team has already requested footage from shuttle cameras on some of NASA's space missions as part of their investigations.

'There have been several alleged incidents involving NASA astronauts and NASA missions that involve UAP,' the source, who is familiar with NASA's UAP investigations, told DailyMail.com.

They are either military technology, unrecognized natural phenomena or just spurious reports. It seems impossibly unlikely that any alien artifact has ever been near earth.,

15 posted on 05/28/2022 4:35:41 AM PDT by The Louiswu (We couldn't 'afford' $4 billion for Trump's wall at the southern border?)
[ Post Reply | Private Reply | To 1 | View Replies]
To: muir_redwoods
They are either military technology, unrecognized natural phenomena, or just spurious reports.

But it would be narrow-minded not to include the category that the DOD and many others have also included, "other."

So far, no one investigating these reports (recorded by various sensors employing the latest technology as well as sightings by pilots) has reached a conclusion.

That said, Navy pilots have said that whatever these things are (and I certainly don't know), they are solid and they are interfering daily with our training missions in ways that will possibly lead to loss of aircraft and/or loss of life.

Is this for real or is it another shinny object just at the right time for the democrats.... you know.... LOOK OVER THER ITS A SQUIRREL.

If it’s a “squirrel”...it sure isn’t much of a squirrel (i.e., it won’t have much effect redirecting attention away from the idiotic performance by Biden and the Democrats).

They will waste tax dollars on this because they can. Tax payers are obviously too stupid to see the obvious. Term limit these asshats so that they (and every relative they have) can’t become insanely rich at tax payer expense and see then how quickly they change their tunes.