Yale Will Return a Temple Sculpture to Nepal in Latest Museum Repatriation
ARTnews ^ | May 6, 2022 | Alex Greenberger

The Yale University Art Gallery has finalized plans to return a sculpture of a Buddhist goddess to Nepal, the university said Friday. The return is the latest in a series of museum repatriations of Nepali artifacts.

Yale acquired the artifact in 2015, though the donor has never been disclosed. The decision to bring the work back home to Nepal was a “collaborative one” done in tandem with the country’s government last year, the museum’s director, Stephanie Wiles, said.

Bishnu Prasad Gautam, acting consul general for Nepal, said in a statement that the return “will help Nepal preserve its history and culture and also support the national efforts to recover and reinstate the lost cultural properties.”

In most repatriation cases, a country will file a claim seeking the return of an object that they say is looted. According to Yale, the investigation into how the sculpture came to the U.S. was self-initiated and began in 2021. A 2022 report in the Nepali Times said that the object had been “selected” for return, though it did not get transported to Kathmandu until now.

The artifact, a sculpture of the deity Tara, came from the Bir Bhadreshwor Mahadev Temple in Bhaktapur. It dates back to either the late 9th century or early 10th century C.E..

According to Yale, the New York consulate for Nepal contacted the museum about the return midway through its investigation into the work’s history. That inquiry revealed that it had been at the temple as recently as 1976, at which point it had been “worshipped as the Hindu goddess Parvati in daily ritual,” the museum said.

Increased scrutiny is being paid to Nepali artifacts in museums, with institutions like the Rubin Museum of Art and the Dallas Museum of Art having returned objects in their collections to the country in the past year. Much of the push to bring looted artifacts back to Nepal is being led by activists.

“Museums and collectors should realize that certain categories of sacred objects, like those from Nepal, never left the country legally or with the permission of communities that made and worshipped them,” scholars Erin L. Thompson and Emiline Smith wrote in a Hyperallergic op-ed last year. “They should realize they have a moral obligation to reverse the exploitive, violent, and condescending history of their relationships with Nepal and other source countries.”

Last month, 13 artifacts from India and Burma were seized from Yale by investigators. Officials involved said that many of the objects had passed through the hands of Subhash Kapoor, a disgraced New York dealer who has been accused of leading a trafficking ring that focused on looted antiquities. 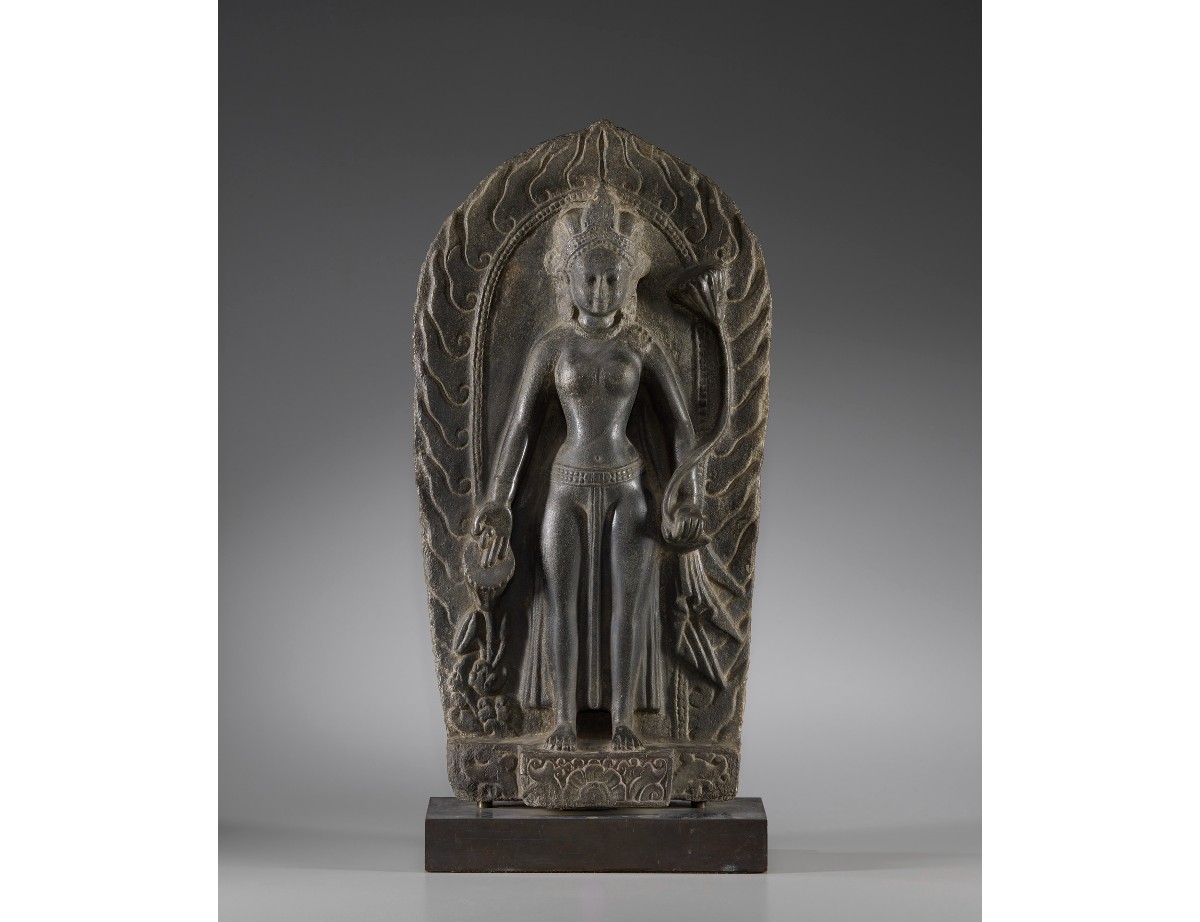 Out of site, out of mind.
Do the Nepalese think I’m going to travel to Nepal to see a few statues?
They would have been better to charge Britain a fee to maintain them and get people interested thorough examples of their culture.

You have to understand that theft of statues in nepal has been massive, most sculptures are in outdoor areas along streets and alleys and people would never have dared steal any but when nepal opened uo for tourism after ww2 art thieves saw how easily unsecured the art was there and most thefts were in the 70’s and 80’s

Do you think the Nepalese care if you travel to their country?
They want their art returned.

Some of the sites in Nepal are on my Asian history geek travel list, after Cambodia (Angkor Wat) and Laos (Wat Phu). (Obviously important sites in Thailand like Sukhothai are there too).

So I’m glad to see historical artifacts being returned.

I’m not saying to not recognize their ownership.
I’m just saying that it creates a small economic benefit to keep it on permanent loan to the British museums.

>I’m just saying that it creates a small economic benefit to keep it on permanent loan to the British museums.

I’ve got divided feelings about this in the range between “I Dont Give a F**k? The marxists are overrunning the American Landscape!” and “It’s probably better to play nice with Nepalese for Karma sake.” I’d likely prefer that the antiquities be displayed for the public collaboratively as a road show so that the context can be respected.

And how are Americans supposed to see things from that culture? Also sending things like that back to the third world exposes them to risks of riots, revolts, talibans, moslem brotherhoods, etc.

Isn’t this one from Yale?

This is a different case from the Elgin marbles or Egyptian artifacts.

The idol would still be worshipped in Nepal. It’s going back to the temple it was in for over a thousand years.

I would love to go to Angkor Wat.