Toronto resident Dan Hartman testified to the Toronto City Council on Tuesday that he believes that the Pfizer jab killed his 17-year-old son, Sean.

Hartman explained that his son experienced a bad reaction to his first shot, and just over a month later was dead.

The grieving father said that an autopsy for his son showed a “slightly enlarged heart,” but that the cause of death was “unascertained.” Hartman says that a doctor who has viewed the autopsy told him that he believes the COVID shot killed his son.

“I know in my heart and soul, I believe the second pathologist that the vaccine killed my son,” he said. “It’s not rare as everyone thinks it is. It’s happening; it’s on Twitter every day, people dying from this. I’m not an anti-vaxxer at all, I’m really not, but I think there is something wrong with this one.”

The Board of Health of the Toronto City Council gathered for a virtual meeting to discuss the city’s response to COVID-19 on Tuesday. The meeting was open to the public and included scheduled speakers from the public who gave their opinion on the municipal government’s handling of the declared pandemic.

“My son played hockey… since he was eight years old,” Hartman told those present at the meeting.

“He took a year off for COVID and he got extremely bored sitting in his bedroom. He decided to go back to hockey this year, and to do that he had to have a vaccination to play hockey,” Hartman continued…

Now that the truth is coming out about the clot shot, people in that father’s position have very sound grounds for a civil case.

I expect to see thousands, if not hundreds of thousands. 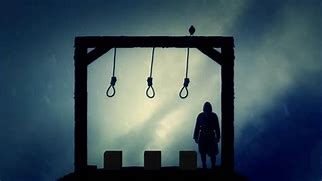 Is there some indication he was exercising after his shots?

This is insanity. I don’t have kids, but if I did, there is no way I would have them take this shot. Period.

Even if he wanted to, I wouldn’t let him. This is insane.

I assumed that because he was a hockey player, he was an active young man — as MANY young men are...Hence why the current warnings against these shots are insufficient.

Some doctors believe that people under 30 should only be given the second dose MONTHS later...IF AT ALL.

I’ve lost any chill I had.

I see the purges.
I see the show trials.
I see companies implementing political policies on behalf of a government that wants those policies but is not allowed to implement those policies.
I see people being subjected to medical experiments.

Nobody who is an Athlete need ANY of the shots.

Besides, by now, EVERY college kid who plays team sports has had Covid. Some have had it twice.

How about requiring to test for antibodies before giving a vaccine to see if it is even needed.

That should have been THE ONLY Vaccine Mandate.

This whole thing is Anti Science.

“...people in that father’s position have very sound grounds for a civil case.”

Whom are they going to sue? I don’t know about Canada, but the US Congress has given the pharmaceutical companies total immunity of any liability for injury, adverse affects or death resulting from their vaccines.

The government and big pharma knew these drugs were deadly and they went ahead and made millions upon millions take them.

Still think the government is on your side or that big pharma is in business to save lives?

Very good...but they gotta get paid....p.s...since the government pays the drug companies and we pay the government, shouldn’t we, the people, demand ALL information regarding this whole mess? 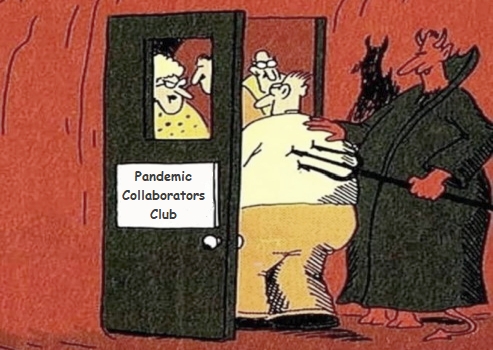 Dittos! Many people need to answer for this profit killing of millions!

Being low info or low discernment can have bad consequences. That may sound hard but the real world is hard. Some things you dont get a mulligan and you had better not just wig or trust the wrong people.

Since you cannot sue the manufacturer, sue the crap out of the school for mandating it. This will end much sooner IMHO.

You are right about that.

Very very sad. Those who promote this great evil against the human race must be punished for their treachery.

May God punish them soon.

(I know what it is like to lose a son. He was not in his teens, but not a day goes by that I do not think about it.)