As concerns about China's demographic deterioration intensifies (stoked by news that the country's birthrate fell to its lowest level in 2020 since CCP record-keeping began in 1949), one city in Southwest China's Sichuan Province is offering couples subsidies per month to make babies.

China is battling not one but three demons: insurmountable debts, deflation, and demographics threaten to derail the economy.

To fix this, and what may be a pilot test for a much wider rollout, Panzhihua city in Southwest China's Sichuan Province, with about 1.23 million population is handing out 500 yuan ($76.87) per baby every month for families that have a second or third child, until the babies turn three, according to state-run media Global Times. 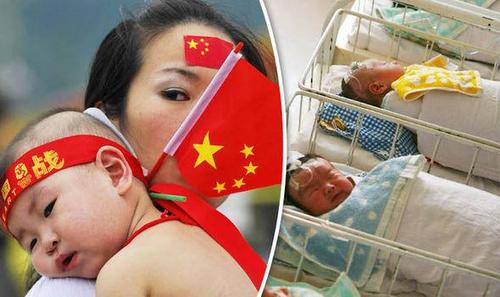 Panzhihua is the first city to announce bonus checks every month for couples to make more babies.

In 2013, China abandoned its controversial one-child policy. But nearly eight years later, Chinese couples are still reluctant to have a second or third child, and maybe a little bit of extra cash could incentivize that.

The principal policymaking committee of the communist party, otherwise known as politburo or political bureau, announced in May that couples could have three children.

The decision not to just lift the maximum number of births but now pay citizens to have babies is a massive shakeup to the CCP's notoriously strict family planning.

None of this is surprising as the narrative shaped by Beijing is China on the "rise," as President Xi Jinping believes: "the East is rising, and the West is declining."

After decades of disastrous 'one-child policy,' China today draws parallels between Japan in the late 1980s - just before its "lost decade," where the country experienced a decade of secular stagnation.

Demographics - if economic growth is a function of the number of workers and consumers in the economy and technological productivity, then a declining population in China would drag on the global economy.

It could make sense that Panzhihua is a testing ground for a much wider rollout of the CCP cutting monthly checks to couples to make babies.

As Bejing prepares to tackle demographic headwinds, there's also a baby bust in the US that wouldn't shock us if the Biden administration rolled out similar baby-making incentives as well.

Why don’t they take the load off of us, and take the Hatians, Ghanans,and everyone else coming here from south of the border?

Asians can remain homogenous populations, according to TPTB, apparently.

China can’t feed it’s current population as it is. They are pirating other nations’ fishing grounds and driving food pricing worldwide