GASTONIA, N.C. (WBTV) - A 7-year-old child who was reportedly shot by her uncle at a home in Gastonia died one week later, officials confirmed Tuesday.

The shooting happened on Ware Avenue just after 7 p.m. on April 13. Emergency responders said the child, identified as Gabrielle Jones, was found on Glenn Street and West Davidson Avenue.

Search warrants state that it was an accidental shooting.

Jones was flown to Atrium Health - Main in Charlotte. Gastonia police said on Tuesday that Jones had died.

One day after the shooting police said they arrested 30-year-old Jeremy Quintrel Lewis of Charlotte. He was originally charged with assault with a deadly weapon with intent to kill of inflict serious injury, discharging a weapon into an occupied property causing serious bodily injury and possession of a firearm by felon.

Police say that Lewis was the victim’s uncle and was shooting a rap music video at the home. Lewis and the child’s father, Jarrell Lewis are brothers.

Documents state that multiple fake guns and real guns were being used for the music video.

Well back in the day, Elvis did shoot his TV with a .45. It must be an artist thing.

There are very strict safety protocols when conducting force on force training. Same concept when weapons are involved.

Because people have been killed unintentional.

I would bet that these two inspiring rappers had no safety protocols in place.

That there was drugs and alcohol involved also.

wonder if rapper is slang for someone with a rap sheet...

Gastonia once upon a time was a decent little city.

After hurricane Hugo, the place stagnated.

I’m glad the neighbor was there to issue her legal opinion.

A 7-year-old boy was fatally shot while riding in a car with his
mother and two other children in Hickory Wednesday night.

The shooting happened around 11:12 p.m. on Tate Boulevard SE near
19th Street SE. Police say 7-year-old Zakylen Greylen Harris’s
mother was driving when someone shot into the car, killing Harris.
A 1-year-old and a 6-year-old were also in the car.

No cops were present or endangered when this Rap video was made.

There’s that low IQ face they all seem to have.

“Search warrants state that it was an accidental shooting.”

Wrong. It was negligent.

“There’s that low IQ face they all seem to have.”

The Bell Curve is real. 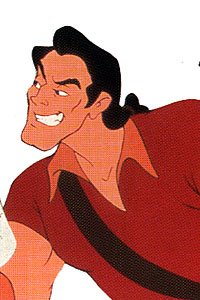 TV’s can be replaced people can’t.

He can’t make rap videos! He’s got an white aunt or uncle in his closet. /s