CNN anchor Jake Tapper declared that the growing allegations made against Hunter Biden ahead of the final presidential debate are "too disgusting" to repeat on-air.

Ever since The New York Post released its initial batch of emails that allegedly came from Hunter Biden's laptop, a trove of other emails and text messages emerged suggesting impropriety between his foreign business deals and his father Joe Biden while he was vice president.

During a panel discussion on what advice President Trump and Joe Biden should take ahead of the final debate, Tapper alluded to the line of attacks the president is likely to make against his Democratic opponent and his son, though he avoided sharing details of the explosive claims to his viewers.

"Bakari, the rightwing is going crazy with all sorts of allegations about Biden and his family. Too disgusting to even repeat here," Tapper told his Democratic colleague Bakari Sellers. "I mean, some of the ones I've seen from the president's son and some of the president's supporters are just wildly unhinged. If Trump goes there, what should Biden do?"

"I mean, that's a tough one," Sellers responded. "If it's me or you, Jake, somebody goes after our kids, you want to go back at them just as hard as they're going after your children."

"And that's Biden's record!" Tapper jumped in. "I mean, he gets passionate about defending his kids."

Come on man, there is nothing too disgusting to talk about on CNN.

Kids? Children? Remind me again about how old Hunter is....

They had no problems reporting the nastier stuff in the fake Trump dossier.

Pee tapes Jake? CNN and the rest of the corporate media will never recover from the Trump era.

Never let the truth get in the way of the agenda—a perfect example.

Turn on your TV, turn the dial or press the buttons, no shortage of topics, dramas and comedies that would make your Aunt Prudence dizzy. Suddenly there is an attack of purity scruples?!

Jake, I agree. It is too disgusting. But it should be discussed since there is very hard evidence of crime, corruption, and maybe crimes involving children. They had not trouble running with the “golden shower” bs in the Steele dossier so why not this?

Just imagine the media if it was Don Jr. who got 3.5 million from Moscow. Do you think they would ignore it?

Jennifer Tapper
Inspired by advocacy and social justice, a mom-of-two leads by example
...

“I mean, [Joe] gets passionate about defending his kids.” 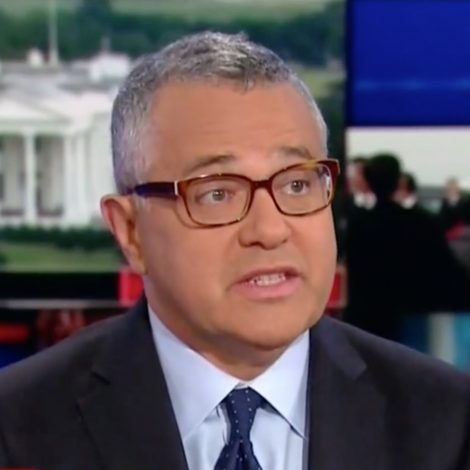 Jake Tapper is too disgusting to repeat anywhere.

“Kids? Children? Remind me again about how old Hunter is....”
—
As long as Biden and the media can play it as attacks on his kids for smoking weed and having sex, they win.
Conservatives don’t seem to know that’s a trap and play along, instead of centering on Joe, “The Big Guy”.
Conservative folks have made snatching defeat from the mouth of victory via Dem’s sucker play an art form.

Tapper had read in the newspaper that Margolies-Mezvinsky, a family friend, was running for Congress. He called the house, and she immediately invited him over.

“You know, when you think about a political campaign, you picture this giant, organized machine,” Tapper said. “I got over there, and it was just Marjorie and two women sitting there talking.”

Tapper helped her with speeches, planning events, and “fell into” working with the press. After her primary victory, he joined her staff full time, where he has gained a reputation for bombarding media outlets with forests of shiny fax paper.

“I was seeing the fax machine in the beginning, but it was never a serious relationship. I really fell in love with my fax modem,” he quips.

After the election, Tapper asked Margolies-Mezvinsky on a train ride to Washington if he could be her press secretary. She agreed.

Margolies-Mezvinsky says she has known Tapper “since he was in the womb” and sometimes has to remind herself not to act like a doting relative. But she says Tapper instantly proved his worth early on in the campaign with his resourcefulness combined with a healthy sense of humor.

“I can’t say enough nice things about him without sounding like his mother,” Margolies-Mezvinsky said. “I had been in the media for 25 years, and I had gotten dozens of calls from friends after I won who wanted to work as press secretary. When Jake came to me and said, ‘I want to go to Washington,’ it was crystal clear to me that, despite all these people I had worked with in the field, he would be wonderful here, he would be just fine.”

They never recovered from the Klintoon era.

That is a good plan—commit a crime so disgusting that nobody will want to talk about it!