Waterbury Center State Park on Waterbury Reservoir in early September 2020. Photo by Cate Chant/VTDigger Packed parking lots, litter and crowding on trails, more accidents in the backcountry, pressures on wildlife: These are some of the signs that Vermonters and out-of-staters have been flocking to the outdoors since the pandemic began.

Local search and rescue teams around the state have also been getting more calls than normal, with some logging record-high years.

In spite of accidents and other challenges, state officials remain positive about people turning to the outdoors during a difficult time.

Get all of VTDigger's daily news. You'll never miss a story with our daily headlines in your inbox.

RELATED STORIES Vermonters flock to the outdoors during pandemic, keeping Search and Rescue teams busy Public health complaints filed on Champlain Orchards before outbreak Pharmacies running out of flu shots, but Health Department says that’s normal State lifts restrictions on indoor nursing home visits Cluster of 12 coronavirus cases linked to Montpelier hockey leagues “There are growing pains,” said Michael Snyder, the commissioner of Forests, Parks and Recreation about increased use of public lands since the pandemic. It’s good that people are getting outside in higher numbers, Snyder said, “but it just has this ripple of effects that have to be managed.”

Those “effects” include litter and human waste, safety issues, overuse or use of sensitive areas, and the impact on wildlife, from scaring songbirds away to disrupting nesting sites.

Snyder estimates that, on the low end, some areas are seeing a moderate increase in use of about 10-15%, while the increase in other areas is “significant” at about 50-60% more traffic than usual.

From conversations with colleagues in other states, Snyder says this trend holds true across state borders, although he thinks the increase in Vermont has been particularly high.

“Vermonters came out in droves, which is awesome,” he said, describing what he sees as “an explosion of use.”

VTDigger is underwritten by: WMHD - ROS - Inline - 728X90 Fish and Wildlife Commissioner Louis Porter said the year has been the strongest in fishing license sales among residents since 1991, up 17% from last year. Hunting license sales have remained steady. While more people in the woods affects animals, Porter said the department doesn’t have a good way of measuring the impact of increased traffic on wildlife.

“Certainly, wildlife tries to avoid people, and people using wild land has an impact on wildlife,” Porter wrote in an email to VTDigger. But, he added, that increased use of public land is also a benefit to wildlife, as it generates funds for biology and conservation.

“Even though there have been some impacts from the additional use, we’re seeing the big picture,” said Julie Moore, secretary of the Agency of Natural Resources. “We’re thrilled to see folks seeking solace and enjoyment out of our state lands.”

Moore agreed that there has been a significant uptick in interest for outdoor recreation since the pandemic began, and she said that the department would work to create opportunities for people who were less experienced to access the outdoors “safely and comfortably.”

Accidents are up But so far, this has been a challenge. Local search and rescue teams from across the state have been fielding more calls for help since the pandemic began.

“Search and rescue teams are definitely responding to more incidents,” said Neil Van Dyke, the search and rescue coordinator at the Vermont Department of Public Safety. Van Dyke pointed to Stowe Mountain Rescue, a team that has received more calls this year than in its 40-year history. Other teams around the state have been busier than usual, too.

According to rescue officials, most people who call need help getting out of the woods, after falling and suffering a minor shoulder injury or an injury to their lower extremities. But falling can result in serious injuries, and even death. In September, a man died after falling off Bingham Falls, a waterfall in Stowe.

With the winter months fast approaching, the Agency of Natural Resources has announced that it will keep public lands open to use through the fall and winter. Some caretakers will remain on staff in the most popular parks, according to Moore, to ensure facilities are kept clean and lands appropriately used. But with shorter days and colder temperatures, conditions become more dangerous for people who are unprepared.

“I think we have some concerns that it’s going to be worse this year than in the past because of the lack of experience of some folks,” said Van Dyke. Search and Rescue tries to focus on prevention by educating people about how to be prepared for their time outside, through their Hike Safe program and signage at trailheads.

“It’s a constant battle to try to get people aware and prepared for what they’re getting into. I think that that has probably been exacerbated this year,” said Van Dyke.

Camels Hump A group of hikers enjoy the view from Camels Hump on the Long Trail. Photo by Sheri Larsen, courtesy of the Green Mountain Club Equity and accessing the outdoors These efforts may be even more critical this year, as the pandemic seems to be encouraging people who are new to the outdoors to try it out.

“It provides us a challenge to meet them and help them overcome barriers and grow a new cohort and expand those who benefit,” said Snyder, who was enthusiastic about the prospect of “different demographics of all types, age, race, creed” increasingly recreating outdoors.

“We need to be diligent about breaking down policies that are exclusionary,” said Snyder.

While the state is trying to send a welcoming message to all, racist graffiti on public lands is a sign that much work remains.

VTDigger is underwritten by: WMHD - ROS - Inline - 728X90 “These are meant as symbols that not everybody is welcome to access the land and water,” said Porter during a public meeting. Porter called the graffiti disturbing, adding, “These are doubly unacceptable and won’t be tolerated.” Porter didn’t give specifics about the graffiti, citing concerns about spreading a harmful message.

“We want to make sure everyone feels like the outdoors belongs to them because it does,” said Moore.

As more people go outside, popular trails can quickly become packed. This creates “pinch points” at crowded parking lots, where emergency vehicles would have a hard time entering. Busy trails make social distancing hard or even impossible in places, while also potentially degrading trails due to overuse.

One effort is to get people to spread out to lesser known areas. With 750,000 acres of public land in Vermont, Moore said, “there is enough space for everybody.” She and Snyder hope that a website called Trail Finder will help inform people about less crowded alternatives.

For areas that have already been damaged, much-needed maintenance and improvements are scheduled between now and the end of the year. ANR has received $5 million in CARES Act funding: an initial $2 million towards sanitation efforts and a subsequent $3 million that was split between Fish and Wildlife which received $1.55 million and Forests, Parks and Recreation which received $1.45 million.

Qualifying projects have to be finished by the end of the year, when the federal aid money expires.

Outdoors/Rural/wildlife/hunting/hiking/backpacking/National Parks/animals list please FR mail me to be on or off . And ping me is you see articles of interest.

Well, at least somebody is working...

3 posted on 10/20/2020 11:51:07 AM PDT by Magnum44 (My comprehensive terrorism plan: Hunt them down and kill them.)
[ Post Reply | Private Reply | To 1 | View Replies]
To: SJackson
These are some of the signs that Vermonters and out-of-staters have been flocking to the outdoors since the pandemic began.

What else is there to do?

I’ve been to Vermont - how in the hell do you get lost in Vermont...?

“While the state is trying to send a welcoming message to all, racist graffiti on public lands is a sign that much work remains.

The Enemy Media just can’t help themselves, can they?

I’m not quite understanding this article. They’re HAPPY that parks and wildlife areas are being used more than ever, however MAN is ruining it all?

I guess keeping us trapped like rats in little cages IS the end goal - but you just can’t come right out and say it now, can ya?

20 Oct: Breitbart: Nobel Winner Michael Levitt Cancelled for Coronavirus Wrongthink
by James Delingpole
A Nobel Prize-winning chemist and Stanford professor has been cancelled for wrongthink on coronavirus.
Professor Michael Levitt, who won the Nobel prize for Chemistry in 2013, was due to be the keynote speaker in December at a virtual conference on his areas of special expertise – computational biology and biodesign.

But the First International Biodesign Research Conference withdrew his invitation – according to Levitt because they had received ‘too many calls’ from other speakers ‘threatening to quit’ because of his views on Chinese coronavirus. He has long maintained that the threat is overblown and that ‘we’re going to be fine.’...

Professor Levitt – Professor of Structural Biology at the Stanford School of Medicine – was one of the earliest critics of what he sees as the worldwide overreaction to Chinese coronavirus. He describes the extreme measures taken by many governments to control it as ‘another foul-up on the part of the baby boomers.’...

Though his position has earned him many enemies within the scientific establishment, his predictions of the disease’s trajectory have proved a lot more accurate than the scaremongering models of alarmists like Neil Ferguson...
Levitt’s position throughout has been that Chinese coronavirus will follow the same course as other flu-like pandemics...

Levitt is one of several prominent Covid sceptics to have been censored for his views.
Scott Atlas, a member of the White House team battling coronavirus, was suspended on Twitter – and forced to delete his tweets – for questioning the efficacy of masks and for praising President Trump’s coronavirus policies...

But perhaps the most egregious example of the leftist Establishment’s war on coronavirus scepticism is the smearing of the Great Barrington Declaration...
https://www.breitbart.com/politics/2020/10/20/delingpole-nobel-winner-michael-levitt-cancelled-for-coronavirus-wrongthink/

For most this pandemic, you couldn't *stay* in Vermont, unless you quarantined for 2 weeks; and most hotels were closed; even RVs parks had restrictions.

It's very confusing, and rules change every day.

We drove past 3 bicyclists on the road through the notch, in the addle of the White Mountain National forest. [So they are out in the middle of NOWHERE] wearing faces masks. Flatlanders.

OTOH, so far, our county has no covid reports or deaths. That I think, is due to the low population. People up here, just don't live in close proximity of one another.

For anyone who doesn't know, if you get yourself in trouble out here in The National Forest.....they now charge you for your rescue. 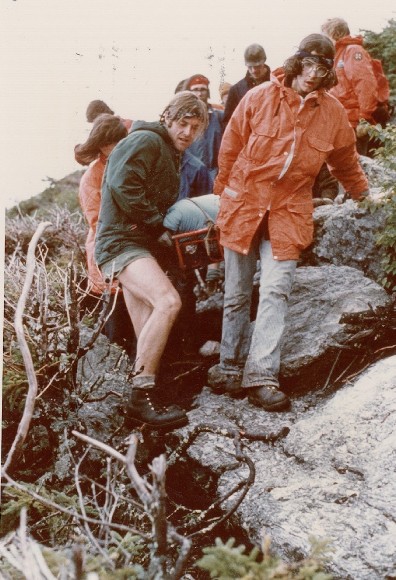