During the interview President Trump warned about the leaders of the far left chaos in the streets of America who are “hiding in the dark shadows.”

This makes sense. At most every Antifa-BLM riot these days roles are decided, leaders are chosen, fake medics are given gear and their attacks are highly coordinated.

President Trump even described black block rioters flying into Washington DC to disrupt the RNC and cause mayhem in the streets — which they did.

Senator Rand Paul claimed the rioters were being paid after he and his wife were attacked leaving the RNC.

Attorney General Bill Barr said on Monday that “highly organized operators” were behind the riots in several US cities.

Here is the transcript.

Laura Ingraham: Who do you think is pulling Biden’s strings? Is it former Obama officials?

President Trump: People you’ve never heard of. People who are in the dark shadows.

Laura Ingraham: Now what does that mean. That sounds like a conspiracy theory, dark shadows?

Laura Ingraham: Where was this?

President Trump: I’ll tell you sometime. It’s under investigation right now. And they came from a certain city and this person was coming to the Republican National Convention. And there were like seven people on the plane like this person. And then a lot of people were on the plane to do big damage.

President Trump: Yeah, this is all happening.

Laura Ingraham: But the money is coming from some where?

President Trump: The money is coming from some very stupid rich people who have no idea if the thing ever succeeded, which it won’t. They will be thrown to the wolves.

Trump suggests there was some sort of thwarted terror plot against the RNC involving “thugs” in a plane, but refuses to divulge details pic.twitter.com/PQdQLcNSr4

Violence breeds more violence. Most liberals say they don’t like the violence, but can sympathize with the cause. There is the problem. There is no cause other than violence.

Convict and imprison Soros before he dies.

Stupidest thing I’ve ever heard Laura say. I like her btw.

this is one of those things he’s said that the progressives will jump on as “an absurd lie” but will ultimately be found to be true, as proven by emails or text messages from the people he’s talking about.

A friend of mine says that people have been busing in from Chicago to Wisconsin. These riots are coordinated.

Aaron Rupar, a vicious anti-Trumper from way back. Can’t you find these vids on a conservative Twitter site so we don’t have to read his vitriol? Sheesh.


Interstate travel with intent to comit a crime is a Federal matter .
Coming to a scene via commercial bus indicates close physical proximity, whereas travel by airline indicates greater distance and significant financial and timely interest.
The fact that such actions may be coordinated makes it an organized crime issue, and subject to RICO laws.

To me this is bizarre.

You have the man ultimately responsible for putting those in charge who enforce the law saying that the country is essentially being dismantled, first by an overt takeover attempt. And now this. And yet nothing happens to anyone. At least not anyone who matters and sets an example for future fiends.

Trump knows the score. He is one of the few who dares say what all are forbidden to say.

As is usual in these things we will find many operators in the DoJ itself, agitating things.

The same very stupid rich people who are funding the anarchists and driving the violence in our Democrat run big cities are also the ones funding the much of Democrat Party and it's political candidates.

They are also the ones who're plotting a bunch of dirty tricks campaigns coming up this election season.

By planning and funding insurrection and civil strife we are seeing in our cities, these rich donors are putting themselves at great risk as they are essentially funding and planning domestic terrorism.

Properly timed, exposing these people for who and what they are and what they have been doing to the American people could be a very interesting and consequential event.

They are currently digging their graves deeper and deeper the longer this goes on and the more incriminate themselves the greater their potential criminal and civil liabilities.

Much damage has been done to our cities with the burning and looting and our legal system provides mechanisms for crime victims to see economic restitution for crimes committed against them.

Think RICO, think asset forfeiture and think DOJ class action to recover monetary damages as restitution to pay the good people who have been ruined and their lives and livelihoods destroyed by this organized insurrection by the Progressive Left and their Democrat enablers in government.

And who has the money to pay for restitution?

Well, stupid, rich and largely white people who have been driving the mayhem and demonizing white people to the general public in general may be a good place to start. And they do have some very deep pockets.

Think how this might play out in the Democrat strongholds where Democrat governors, mayors and district attorneys are openly driving the violence and enabling the Burning, the Looting and the Mayhem (the real meaning of B. L. M. - just like FATAH of the PLO is death spelled backwards in Arabic). A slow but steady drum beat is emerging in the election politics to counteract the Democrats "elects us so the beat downs will stop and this will all go away' mob boss extortion. It's Trumps "elect my team or this will never end. The thugs and gangsters will be in charge and it will get much worse and the guilty will skate and never be held accountable." Add in the concept of forcing the now exposed guilty deep pockets to pay for the damage they have create, funded and actively encouraged , often openly and in public and this restitution s could get some traction.

There is a reason President Trump used the specific term “very stupid rich people” to describe those involved in this organized insurrection. They have made themselves players in a fairly vast criminal conspiracy which has done huge damage to our country and they are willfully continuing to get sucked into and increasingly serious criminal event at an increasingly damaging pace. The longer this goes on the the closer mayhem is getting to murder - we have just about crossed the Rubicon on this stage and the more radical elements of ANTIFA and BLM are planning and prepping for the escalation to this next stage in their revolution.

President Trump thinks strategically and he thinks big. It would be soooo nice to see the rich poseurs and limousine radical revolutionaries pulling the strings from the shadows get hoist on their own petard and have the public anger they are manufacturing turned back on themselves.

Attorney Gen Barr has the legal tools and investigative assets to pursue and prosecute this - all that is lacking is public opinion support and they bad guys are playing right into his hand to supply that as we speak.

This is not the first time this has played out in recent history. The parallels to the seditious Saudi intrigues in the 2017 -2018 time frame are are very interesting, to say the least. There may even be some overlap between the players then and now. 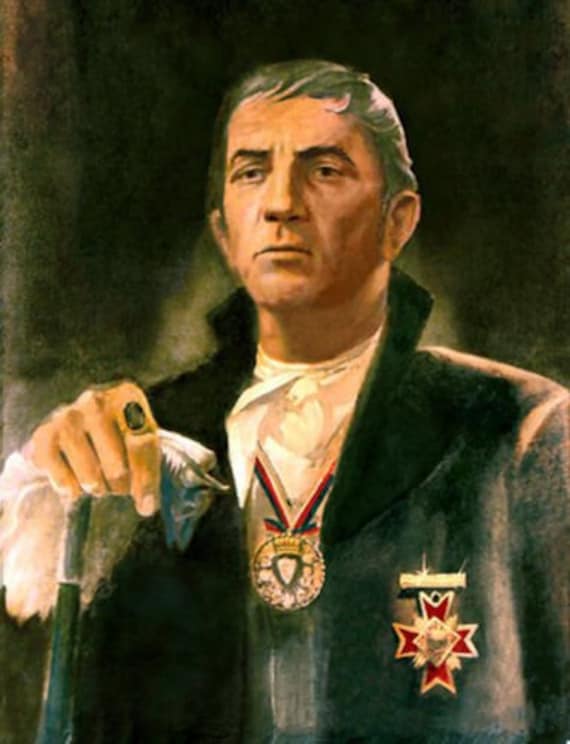