Researchers in four countries will soon start a clinical trial of an unorthodox approach to the new coronavirus. They will test whether a century-old vaccine against tuberculosis (TB), a bacterial disease, can rev up the human immune system in a broad way, allowing it to better fight the virus that causes coronavirus disease 2019 and, perhaps, prevent infection with it altogether. The studies will be done in physicians and nurses, who are at higher risk of becoming infected with the respiratory disease than the general population, and in the elderly, who are at higher risk of serious illness if they become infected.

A team in the Netherlands will kick off the first of the trials this week. They will recruit 1000 health care workers in eight Dutch hospitals who will either receive the vaccine, called bacillus Calmette-Guérin (BCG), or a placebo.

BCG contains a live, weakened strain of Mycobacterium bovis, a cousin of M. tuberculosis, the microbe that causes TB. (The vaccine is named after French microbiologists Albert Calmette and Camille Guérin, who developed it in the early 20th century.) The vaccine is given to children in their first year of life in most countries of the world, and is safe and cheap—but far from perfect: It prevents about 60% of TB cases in children on average, with large differences between countries.

Vaccines generally raise immune responses specific to a targeted pathogen, such as antibodies that bind and neutralize one type of virus but not others. But BCG may also increase the ability of the immune system to fight off pathogens other than the TB bacterium, according to clinical and observational studies published over several decades by Danish researchers Peter Aaby and Christine Stabell Benn, who live and work in Guinea-Bissau. They concluded the vaccine prevents about 30% of infections with any known pathogen, including viruses, in the first year after it’s given. The studies published in this field have been criticized for their methodology, however; a 2014 review ordered by the World Health Organization concluded that BCG appeared to lower overall mortality in children, but rated confidence in the findings as “very low.” A 2016 review was a bit more positive about BCG’s potential benefits but said randomized trials were needed.

Since then, the clinical evidence has strengthened and several groups have made important steps investigating how BCG may generally boost the immune system. Mihai Netea, an infectious disease specialist at Radboud University Medical Center, discovered that the vaccine may defy textbook knowledge of how immunity works.

When a pathogen enters the body, white blood cells of the “innate” arm of the immune system attack it first; they may handle up to 99% of infections. If these cells fail, they call in the “adaptive” immune system, and T cells and antibody-producing B cells start to divide to join the fight. Key to this is that certain T cells or antibodies are specific to the pathogen; their presence is amplified the most. Once the pathogen is eliminated, a small portion of these pathogen-specific cells transform into memory cells that speed up T cell and B cell production the next time the same pathogen attacks. Vaccines are based on this mechanism of immunity.

The innate immune system, composed of white blood cells such as macrophages, natural killer cells, and neutrophils, was supposed to have no such memory. But Netea’s team discovered that BCG, which can remain alive in the human skin for up to several months, triggers not only Mycobacterium-specific memory B and T cells, but also stimulates the innate blood cells for a prolonged period. “Trained immunity,” Netea and colleagues call it. In a randomized placebo-controlled study published in 2018, the team showed that BCG vaccination protects against experimental infection with a weakened form of the yellow fever virus, which is used as a vaccine.

Together with Evangelos Giamarellos from the University of Athens, Netea has set up a study in Greece to see whether BCG can increase resistance to infections overall in elderly people. He is planning to start a similar study in the Netherlands soon. The trial was designed before the new coronavirus emerged, but the pandemic may reveal BCG’s broad effects more clearly, Netea says.

For the health care worker study, Neeta teamed up with epidemiologist and microbiologist Marc Bonten of UMC Utrecht. “There is a lot of enthusiasm to participate,” among the workers, Bonten says. The team decided not to use actual infection with coronavirus as the study outcome, but “unplanned absenteeism.” “We don’t have a large budget and it won’t be feasible to visit the sick professionals at home,” Bonten says. Looking at absenteeism has the advantage that any beneficial effects of the BCG vaccine on influenza and other infections may be captured as well, he says.

Although the study is randomized, participants will likely know if they got the vaccine instead of a placebo. BCG often causes a pustule at the injection site that may persist for months, usually resulting in a scar. But the researchers will be blinded to which arm of the study—vaccine or placebo—a person is in.

A research group at the University of Melbourne is setting up a BCG study among health care workers using the exact same protocol. Another research group at the University of Exeter will do a similar study in the elderly. And a team at the Max Planck Institute for Infection Biology last week announced that—inspired by Netea’s work—it will embark on a similar trial in elderly people and health workers with VPM1002, a genetically modified version of BCG that has not yet been approved for use against TB.

Eleanor Fish, an immunologist at the of the University of Toronto, says the vaccine probably won’t eliminate infections with the new coronavirus completely, but is likely to dampen its impact on individuals. Fish says she’d take the vaccine herself if she could get a hold of it, and even wonders whether it’s ethical to withhold its potential benefits from trial subjects in the placebo arm.

But Netea says the randomized design is critical: “Otherwise we would never know if this is good for people.” The team may have answers within a few months.

Or, CCP-19 kicks the feet out from under your immune system and you get TB, too.

I thought the kung flu used your immune system against you, in a sense, and that’s why the malaria and hiv drugs showed such promise. Yes? No? 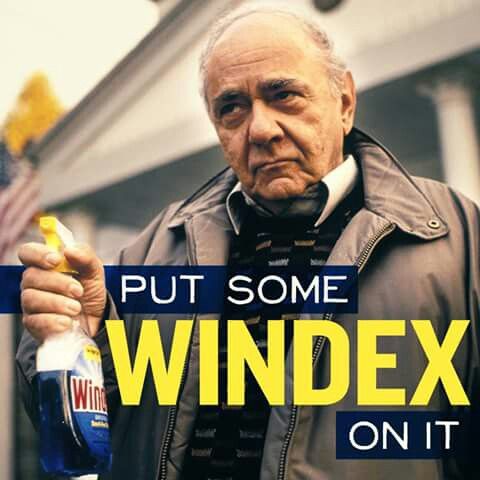 Why not? They keep proposing everything else

Interesting. My great grandmother and her brother died from TB in Arizona, but were from Toledo, Ohio area. They went to AZ to get better. My great grandfather, other side, died from Michigan malaria.

I have been concerned about a familial weakness regarding Covid19

The common cold is caused by one or more of a group of viruses. Coronavirus shows up in about 15% - 20% of colds.

I learn more than I can remember every day.

I've been working on forgetting that.

Must have worked, because TB has been completely eliminated. /s