The article published on 3 February criticised the country's response to the deadly coronavirus outbreak.

The Chinese foreign ministry said it had asked the newspaper to apologise several times but it had declined.

The newspaper said the journalists - who had not written the opinion piece - were given five days to leave China.

China's decision came a day after the US State Department tightened rules on Chinese state media organisations operating in the US, classifying them as foreign missions.

It told five outlets including state-run Xinhua news agency and the China Global Television Network that they had to submit lists of all employees, even though there would be no restriction on their reporting.

The WSJ article called the authorities' initial response "secretive and self-serving" and said global confidence in China had been "shaken".

China's Foreign Ministry spokesman Geng Shuang said the article was "racist" and "denigrated" China's efforts to combat the outbreak that has killed more than 2,000 people in the country. 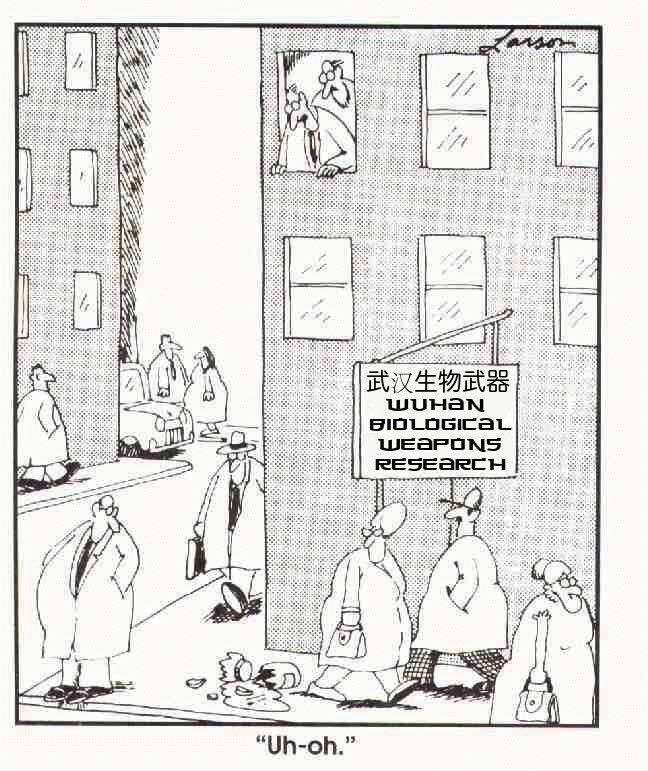 Hm. I thought it would be about the culturally acceptable (in parts of Asia) nose picking, snot blowing, and spitting in public as a vector for the spreading of disease.

It was becaue they used “The Sick Man of Asia”?

Didn’t they used to call the Ottoman Empire the “Sick Man of Europe”?

Dana Louche was all over this today...lighting up Bloomy over his carrying water for the Chinese propogandist

The best thing you can ever hear right now: “You no allowed stay in China! You go home now!”