...I have long maintained – and the film 1917 brought it vividly back to mind – that one of the causes of the collapse of religion in Europe, and increasingly in the West generally, was the moral disaster of the First World War, which was essentially a crisis of Christian identity. Something broke in the Christian culture, and we’ve never recovered from it.

...As witnessed to by so many thinkers and writers who participated in it – Paul Tillich, JRR Tolkien, Ludwig Wittgenstein, Ernest Hemingway, etc – the First World War represented, as did no other war to that date, a collapse, a sea change, a cultural calamity.

...I wonder whether we might take the feast of the Baptism of the Lord as an opportunity to think more deeply about the moral implications of being a son or daughter of God, and hence a sibling to everyone else in the Mystical Body of Jesus. And I wonder whether we might look long and hard at this wonderful and disturbing film in order to see what happens when Christians forget who they are. 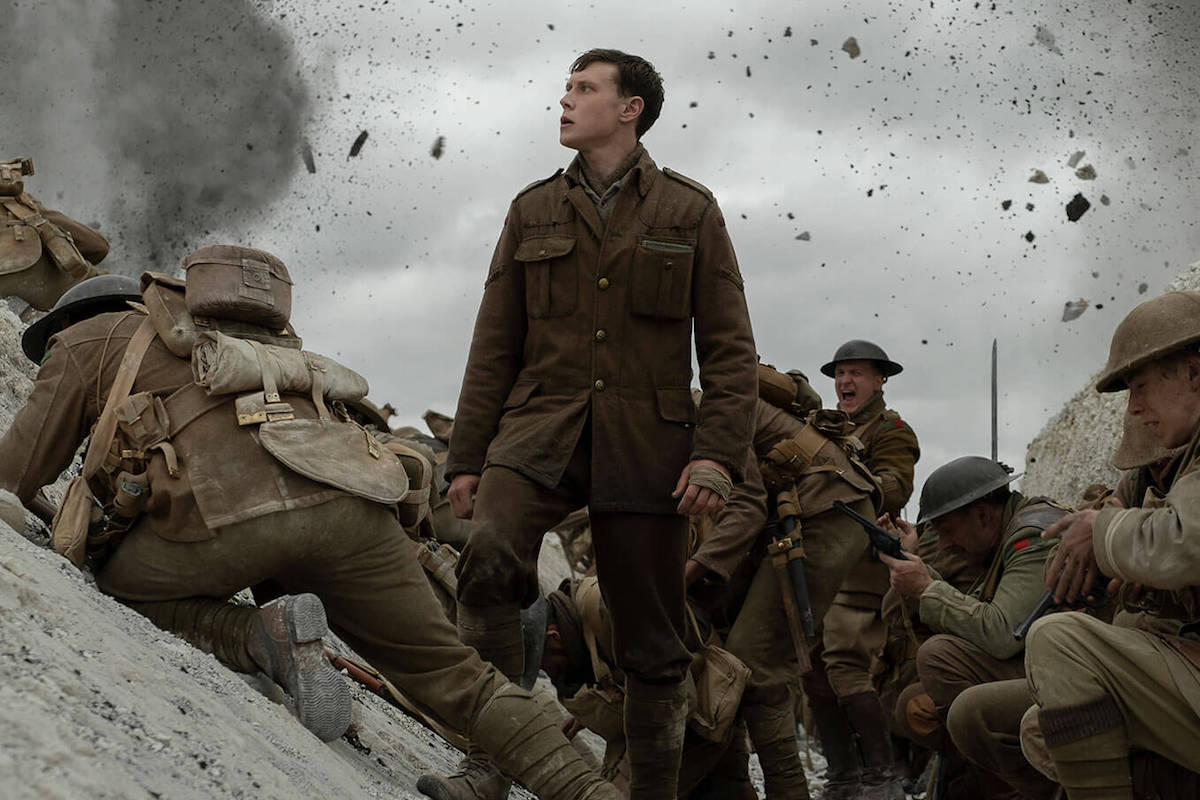 The church was more of a cheerleader for their respective nations than they were a sane voice of calm.

People went to war with the idea that heaven was on their side.

Then they found themselves is a disaster that soilders on both sides realized was a complete farce that was doing little more than chewing up people in the name of monarchies and empires.

The seeds go back to the French Revolution

WWI was the death of Europe.

And to think it all took place due to an action the Clintons consider just an everyday occurrence.

Woodrow Wilson was insane to ever allow the United States to become involved in World War 1.

The Germans, the British, and the French were on the verge of an armistice, which would have ended the conflict in a draw.

There never would’ve been a punitive Treaty of Versailles, which begat Hitler, Stalin, the Holocaust, and the death of Europe.

Woodrow Wilson forever bears this burden of shame, for sending U.S. troops to die in the sodden trenches of France.

It was a really good movie. I just saw it yesterday. Fantastic cinema that told a very narrow story without dealing directly with the big story.

I am a Christian, but I respectfully disagree with the Bishop on this as my take on WWI is different.

WWI is what happens when you have a government of the elites for the elites. Period. When governments are concerned about the health and welfare of their own people they do not go to war other than in the most dire circumstances. When the elites are worried about what is in their own personal interests or they put their pride in front of their people we end up in war. In fact, a Christian worldview and heart would demand that any leader think first of the welfare of those he/she leads.

There are times and reasons to go to war for just causes, but WWI did not come close to meeting that threshold with most involved never really understanding how/why they got there. It was a tragic war and a huge waste of young men.

Beautiful film that told a sober story. I sat there towards the end absorbing the futility of it all thinking of our own political class in DC just shaking my head. I served, but in hindsight I wonder what I served. In my heart it was the nation, my family, my (fellow) soldiers, and my community.

In my mind, I now see that it was Bush Sr., Clinton, and W and their interest were not mine or those of the average Joe/Jane.

And the number of Americans killed and horribly wounded was all for nothing.

It was a “birth pang”. The old idea of government being subject to God’s authority, was replaced with the 20th century version: Mao, Stalin, Hitler, etc. — ie,
the highest morality now becomes the will of the dictator.

And with the idea of God’s authority removed, we are now ready for worship of a worldwide dictator/hero, a la Hitler, Mao, Stalin, etc., but bigger — a hero figure to rule the whole world, and with whom mankind will become enthralled...(and without God’s restraining influence)

WWI and WWII killed off the alpha male genes in Europe.

Didn’t analyze it that much. Less than Saving Private Ryan but it showed to an extent the fight in the trenches.
Didn’t walk out even thinking about it. Something was missing.

I don’t know if you can make a war movie without the smell(s). Dead horses, smell of sh*t and intestines,
overflowing latrines or burning excrement with kerosene, if any, rotting corpses, all the screams and smell of fear.

Britain should have stayed out of it. She had her Empire, and Germany’s navy could never match Britain’s.

What happened in Europe is they didn't want to be warlike anymore.

Nothing to do with genes.

And Hitler was able to take advantage of that.

Many people think that the best way to escape war is to dwell upon its horrors and to imprint them vividly upon the minds of the younger generation. They flaunt the grisly photograph before their eyes. They fill their ears with tales of carnage. They dilate upon the ineptitude of generals and admirals. They denounce the crime as insensate folly of human strife. Now, all this teaching ought to be very useful in preventing us from attacking or invading any other country, if anyone outside a madhouse wished to do so, but how would it help us if we were attacked or invaded ourselves that is the question we have to ask.

Would the invaders consent to hear Lord Beaverbrook's exposition, or listen to the impassioned appeals of Mr. Lloyd George? Would they agree to meet that famous South African, General Smuts, and have their inferiority complex removed in friendly, reasonable debate? I doubt it. I have borne responsibility for the safety of this country in grievous times. I gravely doubt it.

But even if they did, I am not so sure we should convince them, and persuade them to go back quietly home. They might say, it seems to me, "you are rich; we are poor. You seem well fed; we are hungry. You have been victorious; we have been defeated. You have valuable colonies; we have none. You have your navy; where is ours? You have had the past; let us have the future." Above all, I fear they would say, "you are weak and we are strong."

That’s what I think too. The best and the brightest were killed.

Excellent arguments have been made that it was the death of Western Civilization itself; we have been living in its rubble ever since, distracted by gadgets and the pursuit of pleasure.

Oh, those historians. No doubt Trump was at fault, too.