"Republicans have boasted of increased fundraising in the wake of the impeachment inquiry announcement. Officials said the Trump campaign, along with the RNC, brought in $5 million in the 24 hours after Pelosi’s announcement. National Republican Congressional Committee officials also said its online fundraising soared by 608 percent on the day Pelosi announced the inquiry."

TOPICS: Chit/Chat; Miscellaneous
KEYWORDS: gop; republicans; trump
My apologies in advance if I have posted this incorrectly, I plead guilty to not studying the posting rules in detail. I seek feedback regarding my serious concerns regarding the "GOP's" monetary windfall from these impeachment proceedings. Like many Freepers, I am in awe of President Trumps performance to date, but am deeply committed to never helping another traitorous "Republican" like Mitt Romney or John McCain again. I continue to believe that the power brokers of the "GOP" hate Donald Trump as much as ever, but will gladly cash in wherever they can. Every Donald Trump "Donate" page and email seems to originate from the "NRCC" or "NRC" or "WinRed" or some other Republican Party entity. Are you comfortable to contributing to these Republican Machines that would like nothing better than destroying our great President? I want to donate to Donald Trump, not to his enemies!
1 posted on 01/23/2020 2:57:38 PM PST by NYAmerican
[ Post Reply | Private Reply | View Replies]
To: NYAmerican

I always give to the candidate directly and not the GOP.

But please note that it is a violation of FR policies to change a headline.

You must post the actual headline or the moderators my do it. Or they may delete your post.

To contribute to Pres Trump’s re-election campaign without giving money to the RNC:

When you contribute to “Trump Make America Great Again Committee,”
25% goes to the RNC;75% goes to “Donald J. Trump for President, Inc.”

Hmm. I can see one benefit for the GOP raking in the millions as a result of Piglosi’s impeachment FUBAR.

Trump is doing Republicans a huge solid. Maybe they realize they had ought to support him after all.

I always give to the candidate directly and not the GOP.
—
Absolutely.

GOP is not to be trusted, individual Republicans deserve our support. 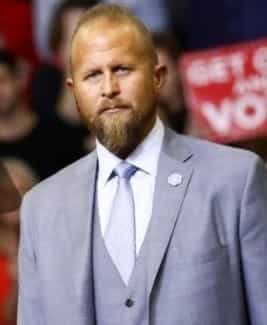 I have mixed feelings. I don’t think we should oppose the GOP, because one thing we have to realize is that this is a numbers game. The reason this all is happening is that we didn’t get enough GOPers elected to the House. Some people here were too purist to vote for somebody with whom they did not agree 100%, some people fell for Dem trolling, etc.

We need the numbers. About 10% of the GOPers who are going to vote on the impeachment probably hate Trump...but they’ll vote with their party, especially if they want to be reelected. And also in response to pressure we put on them. If your GOP Rep or Senator isn’t doing the right thing, bombard him or her with emails and get all of your friends to do likewise. We’re way too passive.

-Comparing funds is not accurate unless one adds in the billion that Bloomberg has said he will add in. He is not really running to be President but rather to be able to “self -fund” then add all that money back into the Presidential campaign after the primaries. He can donate his unused funds to other candidates to use and he can spend some of his billion on non specific ads of which I have seen many on Facebook already.

I’m still confused....your “should be” quote is exactly what I posted.....and exactly what as the Foxnews headline appeared. What am I missing?

No that is not what you posted. You posted your own headline. Something to the effect of GOP benefits from impeachment. It was the moderators that changed your made up headline to the correct headline.

I also give directly to the candidate. I gave money directly to the RNC in 2008 after Sarah Palin was choosen to be McCain’s VP. The RNC pestered me for five or six years; I think they finally gave up on me.

Brad is good. He is a smart data guy.
Saw him interviewed by a foxette just after the 2016 election. No nonsense with this guy.

WinRed is supporting the awesome Republican candidate for Congress in PA 8 against the repulsive Matt Cartwright. I am donating.