Babylon has seen it all. From its peak as the Neo-Babylonian capital under King Nebuchadnezzar through its heavy-handed 1987 reconstruction by Saddam Hussein to its post-invasion demise when American and Polish troops ran roughshod over its ruins and ISIS threatened its very existence, the ancient city has witnessed empires come and go.

The 2500-acre site, 50 miles south of Baghdad, comprises both the ruins of the ancient city as well as surrounding villages and agricultural areas. Between 626 and 539 BCE, the city was the capital of the Neo-Babylonian empire and the largest metropolis in the world. It was here that King Hammurabi produced the world’s first written law. The city is also believed to be the site of the mythical Hanging Gardens — one of the “seven wonders of the world” — said to be a legacy of King Nebuchadnezzar, who ordered the complete reconstruction of the imperial grounds, including the 300-foot Etemenanki ziggurat (believed to be the legendary Tower of Babel), and the building of the Ishtar Gate, the most prominent of eight gates around Babylon.

Before its glory years under Nebuchadnezzar, it was the most important city in Mesopotamia during the reign of Hammurabi... 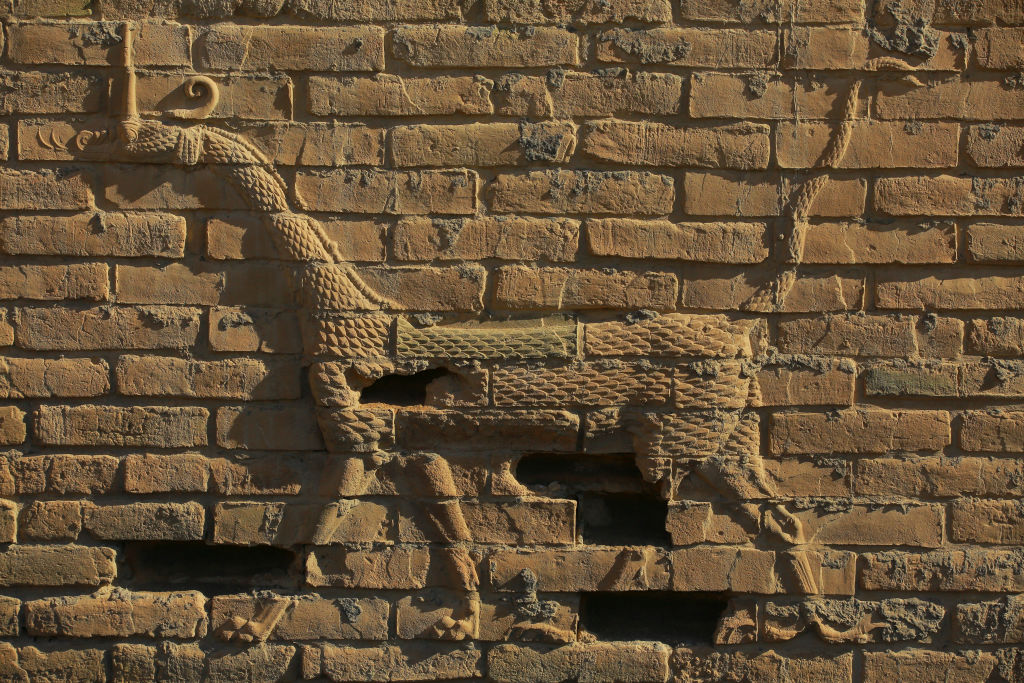 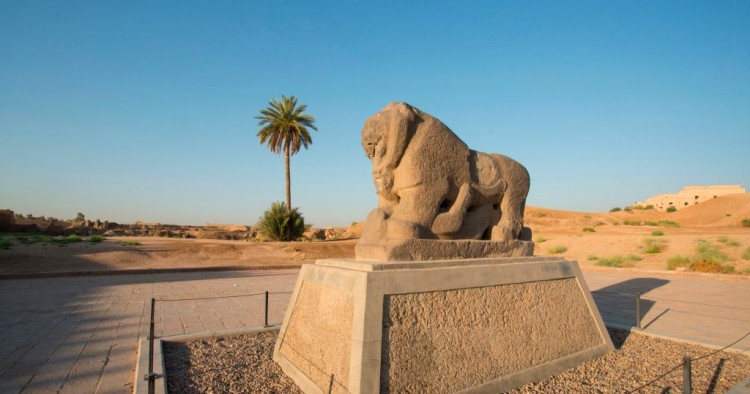 Dr David Jeremiah has a sermon on this- very interesting- He makes the point that once nations get together and pool their money, Babylon will be very rapidly rebuilt- Saddam already started the process- and there is some international organization dedicated to rebuilding it

[[The rebuilding of Babylon is not just the idle topic of scholarly books. When Saddam Hussein rose to power in Iraq, he conceived a grandiose scheme for the rebuilding of that ancient city. He promised that Babylon’s grand palaces and legendary hanging gardens (one of the Seven Wonders of the Ancient World) would rise from the dust. Believing himself to be the reincarnation of King Nebuchadnezzar II, who had conquered Jerusalem 2,500 years earlier, Hussein invested more than $500 million toward his goal of restoring the ancient city of Babylon.

In 1987, while on a site visit to the ruins of Nebuchadnezzar’s palace, Hussein asked how his guides were so certain of the date of its construction. The curator showed Hussein some of the original bricks, stamped with the name of Nebuchadnezzar II and the date that; we now refer to as 605 BC. Hussein, not to be outdone, had bricks laid in his palace wall that read: “In the reign of the victorious Saddam Hussein, the president of the Republic....the guardian of the great Iraq and the renovator of its renaissance and the builder of its great civilization, the rebuilding of the great city of Babylon was done in 1987.”6]]

Would they rebuild the tower too?

I wonder if this ancient city had a newspaper (on tablet? scroll? papyrus?) named Bee.

One of *those* topics.

King Hammurabi is the best known of the early monarchs of ancient times... belonged to the First BabyIonian Dynasty which came to an end, under circumstances shrouded in mystery, some three or four generations after Hammurabi. For the next several centuries, the land was in the domain of a people known as the Kassites. They left few examples of art and hardly any literary works -- theirs was an age comparable to and contemporaneous with that of the Hyksos in Egypt, and various surmises were made as to the identity of the two peoples. A cartouche of the Hyksos king Khyan was even found in Babylonia and another in Anatolia, a possible indication of the extent of the power and influence wielded by the Hyksos. Until a few decades ago, the reign of Hammurabi was dated to around the year 2100 before the present era... At Platanos on Crete, a seal of the Hammurabi type was discovered in a tomb together with Middle Minoan pottery of a kind associated at other sites with objects of the Twelfth Egyptian Dynasty, more exactly, of its earlier part. This is regarded as proof that these two dynasties were contemporaneous... however... At Mari on the central Euphrates, among other rich material, a cuneiform tablet was found which established that Hammurabi of Babylonia and King Shamshi-Adad I of Assyria were contemporaries. An oath was sworn by the life of these two kings in the tenth year of Hammurabi, The finds at Mari "proved conclusively that Hammurabi came to the throne in Babylonia after the accession of Shamshi-Adad I in Assyria"... The Khorsabad list ends in the tenth year of Assur-Nerari V, which is computed to have been -745... the first year of Shamshi-Adad is calculated to have been -1726 and his last year -1694... it reduced the time of Hammurabi from the twenty-first century to the beginning of the seventeenth century... "a puzzling chronological discrepancy", which could only be resolved by making Hammurabi later than Amenemhet I of the Twelfth Dynasty... If Hammurabi reigned at the time allotted to him by the finds at Mari and Khorsabad -- but according to the finds at Platanos was a contemporary of the Egyptian kings of the early Twelfth Dynasty -- then that dynasty must have started at a time when, according to the accepted chronology, it had already come to its end. In conventionally-written history, by -1680 not only the Twelfth Dynasty, but also the Thirteenth, or the last of the Middle Kingdom, had expired. [Hammurabi and the Revised Chronology, Immanuel Velikovsky]

Thanks CondoleezzaProtege. Just saw this, much better choice as Digest ping. 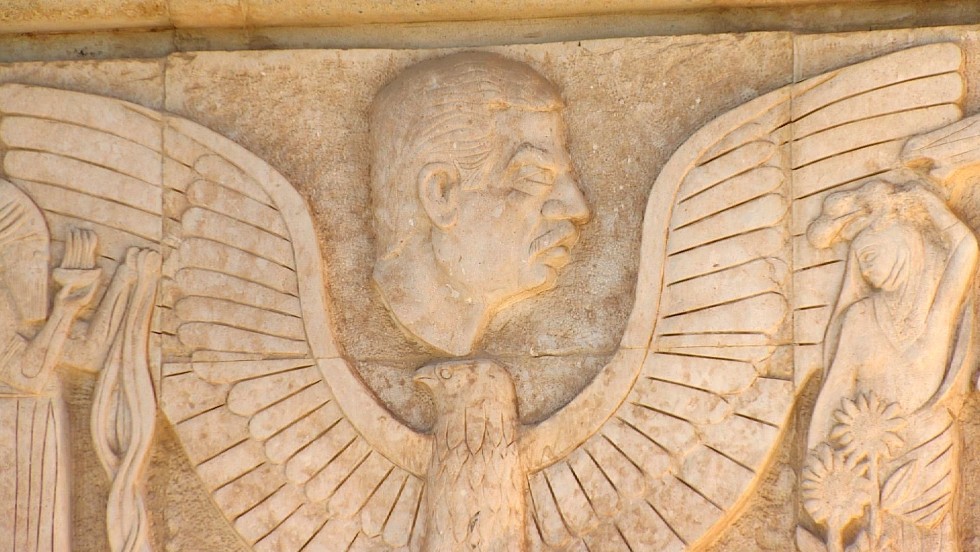 It’s one of the oldest cities in the world - if the Muslims don’t destroy it all, someday people will want to see it again. 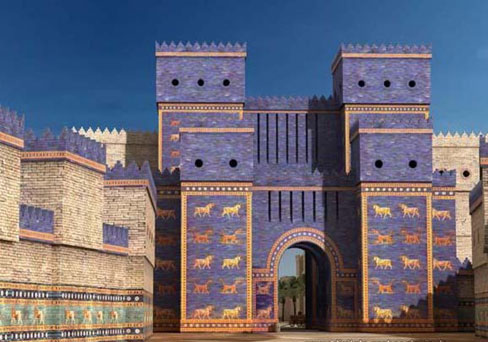 Recreation of Babylon's Ishtar Gate. {Ishtar couldn't make the shoot}
11 posted on 01/04/2020 1:16:59 PM PST by Bob Ireland (The Democrap Party is the enemy of freedom.They use all the seductions and deceits of the Bolshevics)
[ Post Reply | Private Reply | To 1 | View Replies]
To: CondoleezzaProtege