Every year, thousands of Shia worshippers take part in the ceremonies, performed to mourn the death of Husayn ibn Ali, a grandson of the Prophet Muhammad.

The commemorations take place on Ashura, the tenth day of the first month of the Islamic calendar.

They mark Husayn's death at the Battle of Karbala, fought between Husayn and Yazid I on October 10 680AD to determine who should succeed the prophet as the leader of Islam.

Yazid is considered a tyrant by some Muslims, and Husayn's death is considered by the Shia community to be a symbol of humanity's struggle against injustice, tyranny, and oppression.

The anniversary is a national holiday in Afghanistan, Iran, Iraq, Lebanon, Bahrain, and Pakistan, and typically involves public expressions of mourning.

The Ashura festivities were marked by tragedy in Iraq's holy city of Karbala after more than 30 pilgrims died and another 100 were wounded in a stampede when a walkway collapsed.

Some Muslims mark the day with the practice of Tatbir, in which a sword or scourge is used to draw blood in remembrance of the innocent blood of Husayn.

Many who take part in the practice believe it cleanses them of their sins.

A popular saying among Shia Muslims has it that "a single tear shed for Husayn washes away a hundred sins".

The ritual, which is sometimes carried out on children, is controversial within the Muslim world, with some research suggesting it can cause lasting psychological damage.

Many clerics also consider it to be self harm, which is "haram" - forbidden - in Islam.

Others worry that the practice creates a negative image of their faith.

Worshippers are instead encouraged to donate blood, with some communities organising donation drives with organisations like the Red Cross.

Other rituals carried on Ashura include mourning processions, recitations of mournful poetry, and services in which the history of the Battle of Karbala is retold. 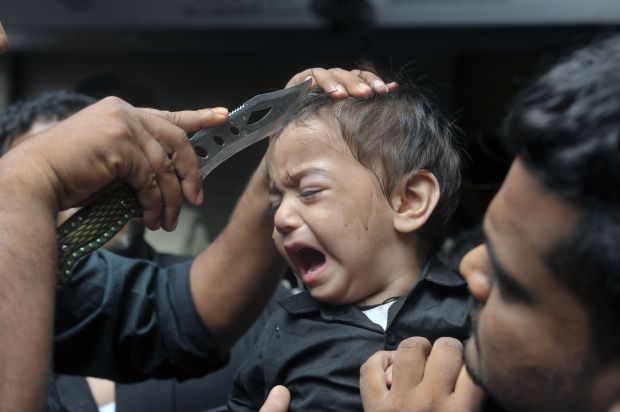 The day commemorates the death of Husayn ibn Ali, the grandson of the prophet Muhammad 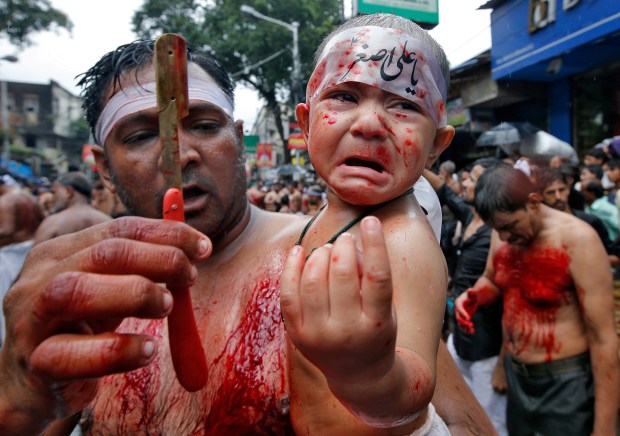 The annual event is controversial for involving self harm, forbidden in Islam, and sometimes involving children 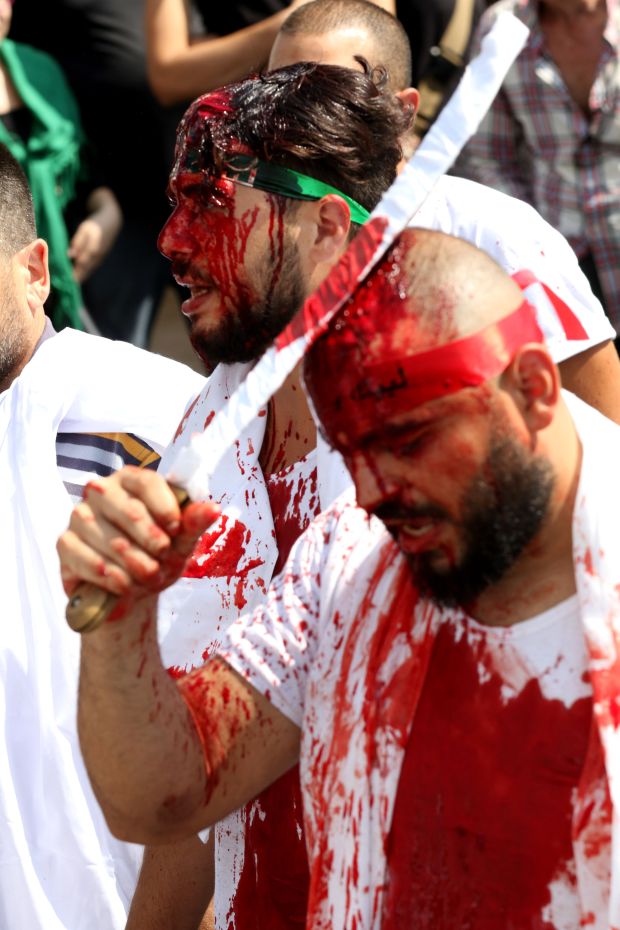 Show their intelligent for sure

31 dead there today after a human stampede.

The religion of peace - and a big stack of dead bodies.

BUT NOT ON THE KIDS !

Islam is incompatible with civilization, western or otherwise.

Islam should be a seriously bad memory, nothing more.

Wait ‘til the left starts demanding sword registration/confiscation. But wait, they won’t because anyone who would do this also votes for people like AOC and her Band of MZLIMS.