After spending Tuesday afternoon whining about Planned Parenthood opting out of Title X funding over an abortion gag order, MSNBC journalists kept up the shameless partisanship into the evening on The Beat With Ari Melber. To no one’s surprise, the MSNBC host brought on a far-left feminist panel to melt down over the news, who laughably attacked the right’s “morality” for not allowing government funding of abortion.

After Melber introduced the topic, Liz Plank from Vox, ranted this was a “war on Americans” because the right to kill your child is “about freedom.” Geesh. She went on to sneer at poor women who voted for Trump in 2016 as not knowing what's good for them:

...It's actually a war on people, it’s a war on Americans. Because reproductive rights is about freedom. Everyone who is pregnant definitely had a guy involved somehow in some capacity. And so men also benefit from reproductive rights and reproductive justice…. They [Trump administration] want us to make it about feminism and scare away those voters. It's not about that. It's about poor people in this country many of them who are voting for Donald Trump who are voting against their best interests.

Melber asked his second guest Rutgers University professor Brittney Cooper to comment on how this is yet another example of the Trump administration targeting poor people. Cooper went on a ridiculous tirade, worthy of a liberal college professor, attacking the “beacon of darkness” President Trump who was “assaulting” women, and “trans people’s” reproductive rights. Cooper even claimed the right had “no moral compass” because...they didn’t want the government to pay for abortion?

There is no moral compass on the right, right now. Trump is no beacon of anything but darkness. Part of what he's using the law and weaponizing it against the poor, against women, against people who can get pregnant, against people of color. The thing we have to remember is all these forms of tribalism and division, they go together. You don't get a racist president without getting a president who is deeply sexist. That actually is a moral call to women. Most white women voters voted for Donald Trump in the last election. Now they are dealing with the consequences of having this man assault their rights. And as a by-product of that, you see trans people who need reproductive care services being assaulted and you see poor black women...

You can read the full transcript below: (transcript on link)

and 5th as well, you know, private property. But yet governments all across the United States created zoning and code enforcement to curtail “freedom”

But the imaginary right to kill a baby should go unobstructed? Is there something mentally wrong with these people?

Submission also means freedom to them.

“MSNBC Laments Abortion Funding: ‘No Moral Compass on Right,’ Abortion Is About ‘Freedom!’”

By that logic, should one also be FREE to kill infants, adults, etc.?

Any virtue (such as freedom) taken to its limit is an evil.

That’s like saying that execution or murder is Freedom, from your physical body.

So...using this illogic, babies are murdered and, then, free to be chopped-up for sale to research labs. These ghouls are sick.

There’s no discussion possible with people who believe that anyone against murdering babies has “no moral compass.”

They’re either evil or insane, and need to be separated from the rest of society like the cancer they are.

20) "Woe to those who call evil good and good evil, who put darkness for light and light for darkness, who put bitter for sweet and sweet for bitter."

The White women who vote for Trump do not want their tax money going to the killing of babies. They are godly women whom God will bless for their faithfulness. His approval, not the evil polls, is all that matters.

Abortion has always been about limiting the population of American minority children. Black women, probably around 7% of US population account for around 40% of abortion murders.

Blah...stupid blah. Do these people have 2 working brain cells that can reason out there own Blah?

Abortionists are not stupid. They are willing travelers on the Way of Death.

...Abortion is about Freedom
Freedom for whom?

Abortion is about SELFISH, IRRESPONSIBLE BEHAVIOR!!

"Freedom" comes with responsibility and the recognition of CONSEQUENCES!!

The abortion issue, to those on both sides who are sincere, is about one thihg:

Does a fetus have basic human rights?

Convince a sincere pro-choice person that it does, and they will become pro-life.

Convince a sincere pro-life person that it doesn’t, and they will become pro-choice.

That is the sincere core issue. 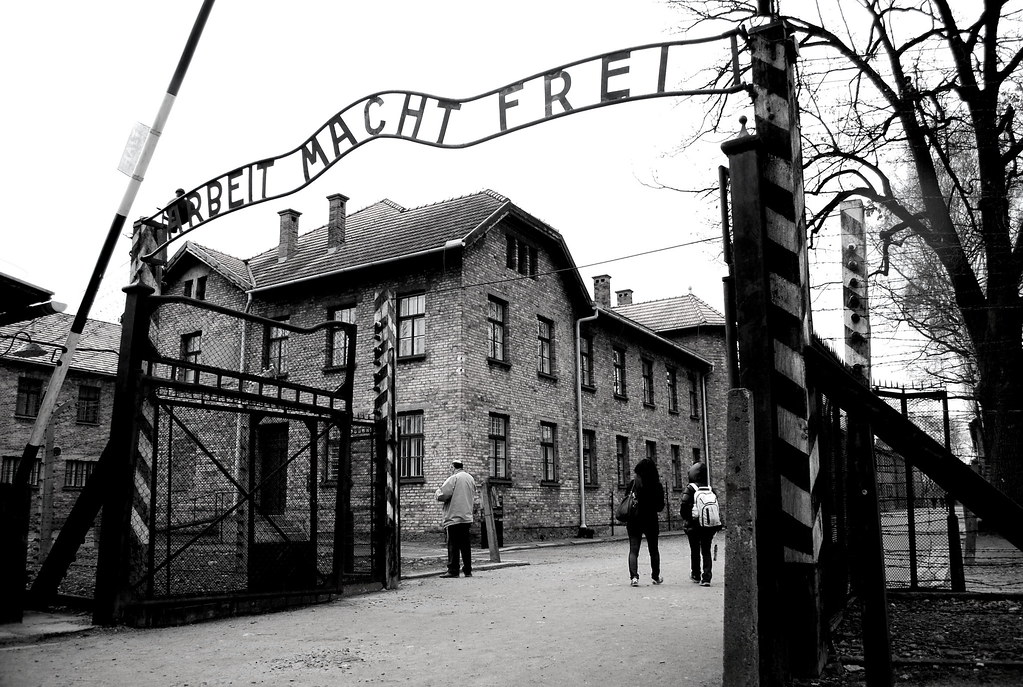 Agree.... you shall know good from evil by the fruit it yields

Every human on earth should be required to visit this place. I did last year and stood in the gas chamber where millions of Jews were murdered. It was sickening.

The worst was seeing the room filled with the shoes of the 30,000 children murdered. And the rooms full of hair, .....