In the year 2100, the history books will say that the greatest genocide took place 70 to 80 years previously. Students will be baffled that 95% of the world’s population died because most of the world was convinced that Carbon Dioxide levels in the atmosphere would need to be reduced or else all life would cease to exist, and the only way to do this was by depopulating the world through their food supply, starving almost everyone.

The future students will study how plant life on earth grew over 20% between 1850 and 2020 due to rising Carbon Dioxide levels, thereby increasing food production per-acre throughout the world, unknowingly.

They will study how Carbon Dioxide levels were then artificially lowered beginning about the year 2020 until 2030 when it was lowered to 200 parts per-million, when all plant life was on the verge of death, reduced by 95%, lowering food production per-acre throughout the world, unknowingly, since during the 2020s it was established as a scientific fact that Carbon Dioxide was a pollutant, so most people were convinced that there was a need to reduce the levels in the atmosphere to 350 ppm (parts per-million), but the plan went further than intended.

Oh, wait, there was more. Why didn’t you just post the last couple of paragraphs?

Future students in the year 2100 will be studying how plants grow using the scientific method, with Carbon Dioxide at different levels and the percentage of growth associated with those different levels.

It makes logical sense that plants grow best in an environment similar to the time of their evolution, which had a Carbon Dioxide level of 1,200 ppm or more, and up to 8,000 ppm. Plant life begins at about 150 ppm, therefore the decrease from 400 ppm to 350 ppm is 25%, thereby decreasing worldwide food production by a similar percentage, while over about 800 ppm plant life begins to reach its maximum growth potential.

Students will study that before the GREAT genocide of 2030, some people were growing crops indoors and adding Carbon Dioxide to increase their yields, which meant that the knowledge was available at the time to know and understand that lowering Carbon Dioxide levels in the atmosphere would genocide billions of poor farmers all over the world.

During the 2020s many scientists were imprisoned for attempting to warn humanity of the dangers of low Carbon Dioxide levels in the environment. During that time, science was not considered the scientific method anymore, the definition changing to consensus and correlation.

Because it was established as a fact during that time that Carbon Dioxide was a pollutant that would destroy all life on earth, denying the upcoming Climate Apocalypse from too much Carbon Dioxide was the most serious of all crimes.

The propaganda in the decades before the GREAT genocide claimed that temperatures were rising to new heights, while at the same time archaeologists were discovering that Vikings were farming in Greenland a thousand years before, in places that later became frozen, which logically should have meant that it was warmer a thousand years before.

The propaganda was claiming that sea levels would rise to flood all coastal cities, while at the same time even the smallest islands that were supposed to be sinking were actually growing.

The propaganda warned people of heat, then when the cold came, they claimed that Carbon Dioxide caused any and all climate changes.

The propaganda claimed that the rate of Climate Change had never been experienced before, while their own data that was available to all showed that the climate had changed much more drastically many times before during human history.

The propaganda had convinced enough people that life would cease to exist without lowering Carbon Dioxide levels, thereafter causing the GREAT genocide of 2030.

It’s incredible to me that Americans have been dumbed down to the point that they see their own exhalations as a threat.

Those people should cease exhaling.

Thanks for posting the rest of it, Larry.

The real consequence of rising CO2 has been greening of formerly arid places.

The world is just now coming out of a CO2 DROUGHT of Epoch levels.

I agree, they need to set the first example if they feel that strongly about it.

I just bought a CO2 generator for my indoor garden.

Yes. I am gleefully part of the problem.

Carbon dioxide levels will not be “artificially lowered”; they will naturally decrease as the planet (and oceans) cool and atmospheric CO2 reabsorbs into the oceans.

DWMs, such as Ben Franklin and Joseph Priestley, are on the progressives’ excrement list.

“Carbon dioxide levels will not be “artificially lowered”; they will naturally decrease as the planet (and oceans) cool and atmospheric CO2 reabsorbs into the oceans.”

Hey Arrhenius, which came first, the chicken or the egg.

Future students will learn how country folk managed to survive because they knew how to do stuff and grow stuff and weren’t afraid of physical labor. 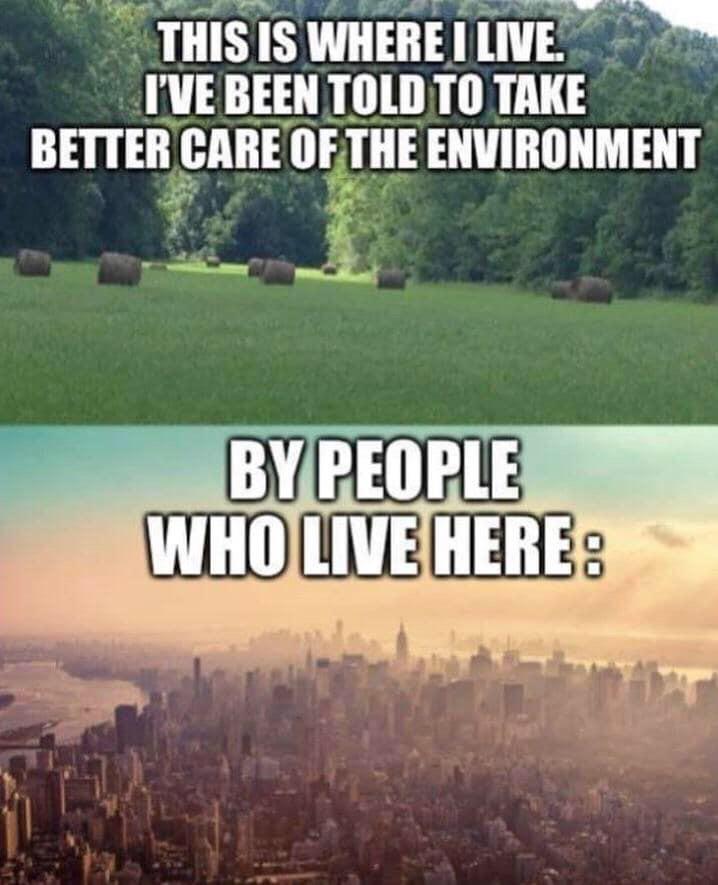 Well, we can actually see that temperature changes precede changes in atmospheric CO2 levels, throughout all eras of the planet’s past. Ironically, the data from the ice core samples that Michael Mann manipulated to create the infamous “hockey stick” graph is the best evidence of this.