Are Some Of The UFOs Navy Pilots Are Encountering Actually Airborne Radar Reflectors?
thedrive.com/the-war-zone ^ | Tyler Rogoway

Moon men have been around since the early 1950s. Most live in Area 51.

Attack of the weather balloons from Mars.

You mean those radar reflectors that suddenly decide to take off at a 90 degree angle at 7000 MPH? 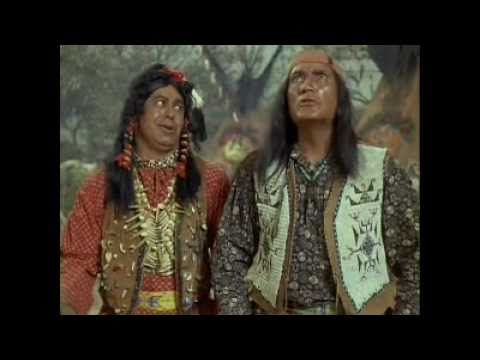 It’s kind if silly to think that we are the only ones out there.

8 posted on 06/23/2019 6:16:01 AM PDT by chris37 (Monday, March 25 2019 is Maga Day!)
[ Post Reply | Private Reply | To 1 | View Replies]
To: dljordan
How embarrassing that we've spent billions for military aircraft that can't keep up with, and get outmaneuvered by, a balloon. Apparently the radar and gun cameras are crap as well. And Navy pilots are a bunch of drunks or 'tards.

The Navy needs to be shut down as the institution is an ocean of incompetence.

The tictacs can't be radar deflectors. Here's what the article had to say about the tictacs:

Obviously, this doesn't explain the Tic Tac encounter with Super Hornet pilots in any way, but they could be mutually exclusive events or were part of a coordinated event of some type to test multiple clandestine technologies against the very best air defense capabilities on the planet at the time.

Not sure why Rogoway waited so long to come out with this story considering the History Channel series is underway and considering that some pilots and/or the Navy have briefed Congressional committees and the President.

This website is a defense blog which means it is a mouthpiece for those in the military and possibly some departments/branches of the DOD.

It can’t be a ballon. they said they traveled at super sonic speed.

Radars receivers and tracking software operate by performing hypothesis testing on return signals. The set of hypotheses they accept do not include the kind of fantastic targets described. Real targets of interest are constrained by aerodynamics. Radars will not track meteors for this reason. Accounts of interaction between air traffic control (ATC) radar operators and SR-71's are manifestly apocryphal. ATC radar won't track targets moving at 4000 kt.

Pilots may be visually associating unrelated returns from airborne corner reflectors, radar artifacts (e.g., second time around returns) or migrating waterfowl, or any one of a thousand other things. Especially considering these are new radar sets, these reports provide very weak support for extraordinary claims.

My father was a veteran of WWII and the Korean War. He was an air traffic control tower operator during WWII and the Korean War at Kelly AFB. My father knew his aircraft and spoke of seeing UFO’s over the Gulf of Mexico while fishing. Jesse Marcel Jr. (Colonel) was a Freeper for years. His father was the first person who reached the Roswell crash sight. Jesse mentioned seeing the pieces of debris that his father brought home.

Believe what you want, but believing the government these days is big-time suspect.

More likely a Chinese hack of our radar systems, and these UFOs are a systems test.

Some Chinese PLA hackers are LTAO at the stupid Americans.

UFO’s are using Airborne Radar Reflectors to trick us , LOL

Here We go again with the project mougle carp....

Well We have SATELLITE COVERAGE 24/7/365 TO MONITOR ANY NUKE TESTING AS WELL A USGS VIBRATION DETECTION.

Why do people have to debunk the UFO/UAP or whatever they are calling these Targets nowadays ?

Why do people not trust Our Military Aviators ? They have much more important things to do than “make up” stories about UFO/UAP showing up on the HUD/GUN CAMERA & TARGETING DISPLAYS ?

We spend Millions of Dollars Training and Equipping these Military Aviators so They can Protect America and Americans from Anything that may come up. These People are the Best of the Best in the World and it just Pisses Me off that many people think that Our Warriors are making this stuff up to get attention !!!

I find that Extremely Offensive !!!

So to All of Our Military I want to say Thank You and I believe You !!!

Heard they were radar reflectors.

Still outside the range of ATC radar. The point is that radar sets do not track objects outside the performance envelope they are designed for. Fighter aircraft’s airborne radar is highly optimized to target other warplanes, “UFOs” would require IF bandwidths and tracking filter process noise that would degrade performance against targets of interest.